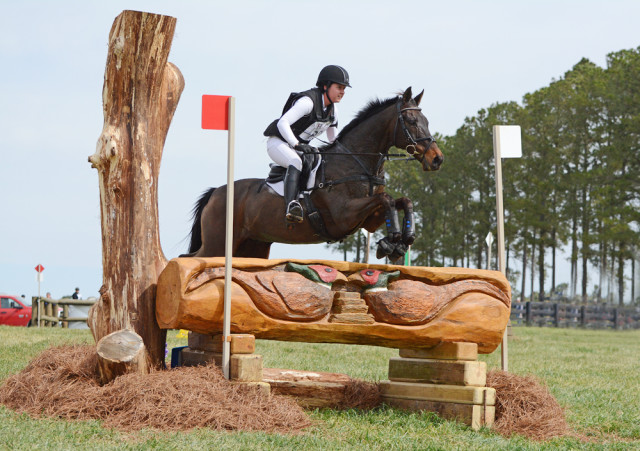 Libby Head and Sir Rockstar at The Fork 2015. Photo by Jenni Autry.

Libby Head and her 18-year-old off-track Thoroughbred gelding, Sir Rockstar, made waves in their first CCI4* start at Rolex in 2014, picking up a top-20 finish in their debut. Now, Libby has her sights set on Badminton this spring as she makes her first trip overseas to compete.

Libby originally received the $10,000 Essex Grant from the USEA in 2014 and earmarked the funds to compete at Luhmühlen last year. Fate wouldn’t have it, though, as Libby broke her wrist shortly before the competition and had to withdraw. Since then, she’s worked hard to prepare for her next shot at going overseas, and she’s been accepted onto the entry list for this year’s field at Badminton.

“(Sir Rockstar) is getting older, and my big goal has always been to take him overseas,” Libby said. “I wanted to do it earlier rather than later. He’s showed no signs of slowing down — he’s very fit and sound — and Badminton was the first opportunity we had this year.”

This spring, Libby and “Rocky” have been working hard at their selected schedule to best prepare themselves for their trip. They began their season at Rocking Horse with an Intermediate run in January, followed by the Advanced at Pine Top and, most recently, the CIC3* at Carolina International.

Libby’s work is paying off with Rocky, especially on the flat as they achieved their first ever score in the 50s at the three-star level. “He got into the 50s for the first time, and while our show jumping wasn’t great it really showed me what we need to work on,” Libby said. “He was awesome on cross country.” 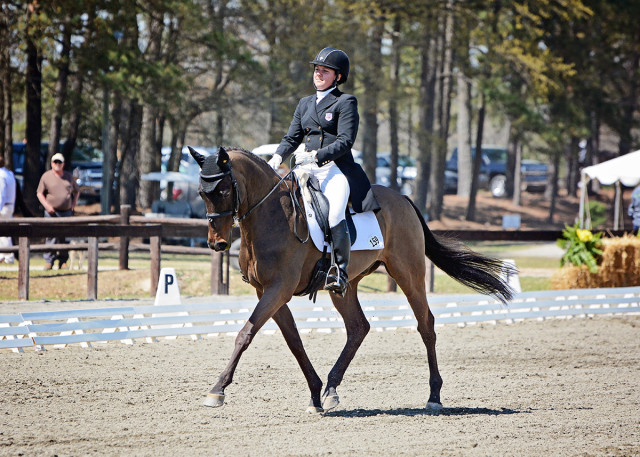 Libby Head and Sir Rockstar on their way to their first CIC3* score in the 50s at Carolina International. Photo by Jenni Autry.

The pair will next head to The Fork next weekend, where they’ll run in the CIC3* as their final prep before leaving for UK. Libby plans to fly out of Miami instead of New York since she is currently based in Ocala. Her good friend and fellow eventer, Devon Brown, will be traveling with Rocky as his official groom. Her coach, Kyle Carter, is also trying to make the trip with her.

Libby has a whole list of things she is excited for surrounding this trip, but her excitement is mixed with nerves as well. “There’s so much to look forward to,” she said. “I’ve only been overseas to spectate at Luhmühlen, and (Badminton) is just such a big event. It’s going to be really cool to see how everything happens over there.”

As for her goals for the event, Libby won’t be holding back. “I want to go home feeling like I did my absolute best,” she said. “I’d love to get into the 50s again, but I’ll be focused on keeping him under control in that big atmosphere. I want to ride the best I know how. I know he is more than capable of it, so it’s going to be about keeping my cool and giving him a good ride. I’ll be happy if I feel like I didn’t leave anything on the table.”

Libby hasn’t set any long term goals past Badminton, bearing in mind Rocky’s well-being as an 18-year-old campaigner. She would, however, love to take some time to stay in Europe after the event to work for an event rider. “I haven’t quite found the right opportunity yet, but I just graduated (from college) and this would be the perfect time to have an experience like that.”

We’ll be cheering Libby and the rest of the North American contingent on this year at Badminton. Be sure to stay tuned for much more from across the pond!