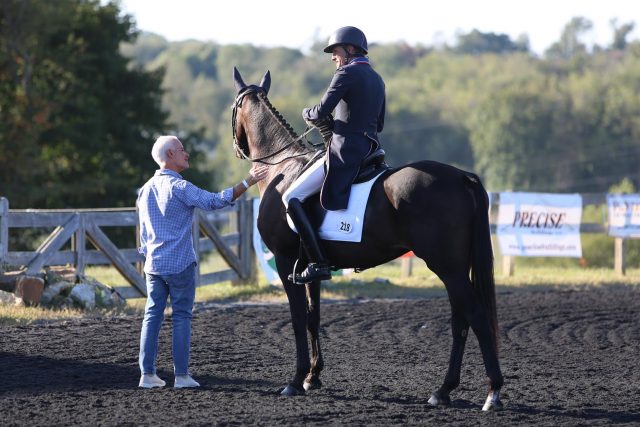 We are devastated to report that longtime eventing supporter Steve Blauner has passed away. Steve needs little introduction to the eventing world, on which he has left a lasting legacy. A founding member of the Event Owners Task Force and the MARS Bromont Rising Program, among many other endeavors, Steve was a staunch supporter and owner for several riders. We have truly lost one of the greatest lights in our sport, and Steve will be sorely missed.

The USEF has released the following statement:

A dedicated proponent of the syndicate ownership model, he owned six horses through syndicates that represented the U.S. at the Olympic Games, World Equestrian Games and Pan American Games. An amateur rider himself, Steve also supported up-and-coming eventing athletes both as an owner and through launching the MARS Bromont Rising Program, which provides training and educational opportunities for under-25 athletes.

Steve was a motivated and engaged member of the equestrian community, continuously working to enhance visibility and exposure for the discipline of eventing, as well as ensuring other owners and supporters of the sport were involved with the USET Foundation and its mission. He was also a cornerstone of the equestrian community in Millbrook, New York, and instrumental in running the Millbrook Horse Trials.

A true servant of equestrianism, Steve was a member of the USET Foundation Benefit Committee, the USEF Event Owners Task Force, and greatly contributed to the success of U.S. High Performance Teams. The USET Foundation and US Equestrian send their deepest condolences to Ken Shelley, Steve’s partner, his family and friends. He will be deeply missed.