There are “Oh Crap” moments, and then there are “OH CRAP” moments. Take Avery Klunick’s ridiculous save at the AECs, when In It To Win It came to a sudden stop during stadium and Avery nearly came unglued from the tack … but her bridle did come unglued from Winston’s face! Amazingly, she was able to put the bridle back on and finish her round, to Texas-sized cheers from the onlookers.

Check out the video of Avery’s stadium round, courtesy of RNS Video:

Due to popular demand, Avery’s epic save has been immortalized in (in)Famous fashion: 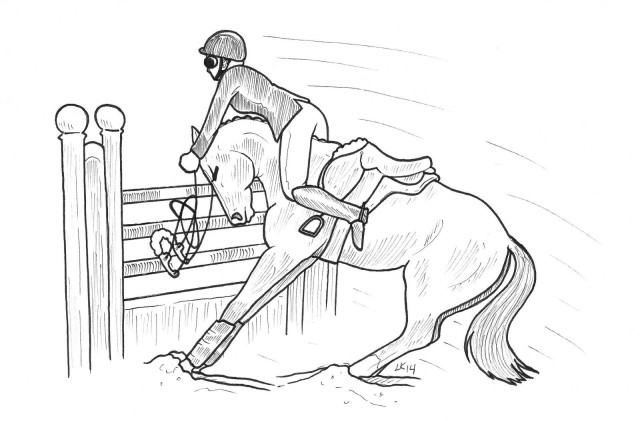 Gina, you’re already famous in the eventing world, but it’s time to be made (in)Famous: 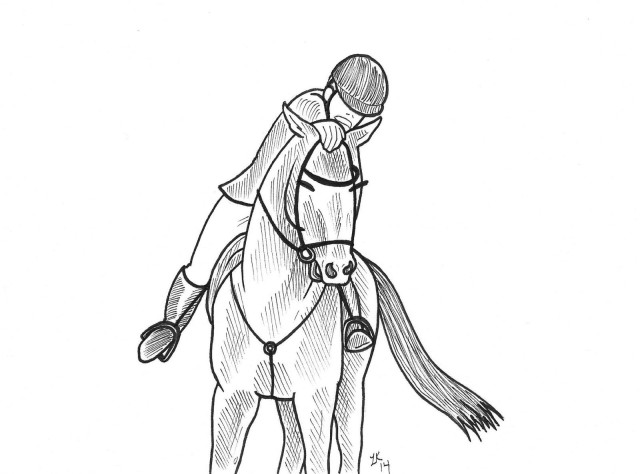