In the spirit of Halloween, I would like to discuss a trait that all horses possess but few humans appreciate: their “spooking” instinct. While this undoubtedly saved many a prehistoric equine from sabertooth tigers and horse-eating dragons, the tendency to high-tail it to the next county with hooves flailing doesn’t do much for them survival-wise nowadays.

I often wish that horses could understand verbal language. This way, I could calmly explain that when I yelp in terror as I become separated from my horse’s back, what I really am trying to tell him is, “Calm down, buddy. It’s just a ratty old plastic bag stuck in a tree, not the soul-sucking specter of a dire wolf. Please put all four hooves on the ground and stop trying to sacrifice me to save yourself.”

Here are some (in)famous spooking styles that horses use to escape from real or (more often than not) imaginary dangers: 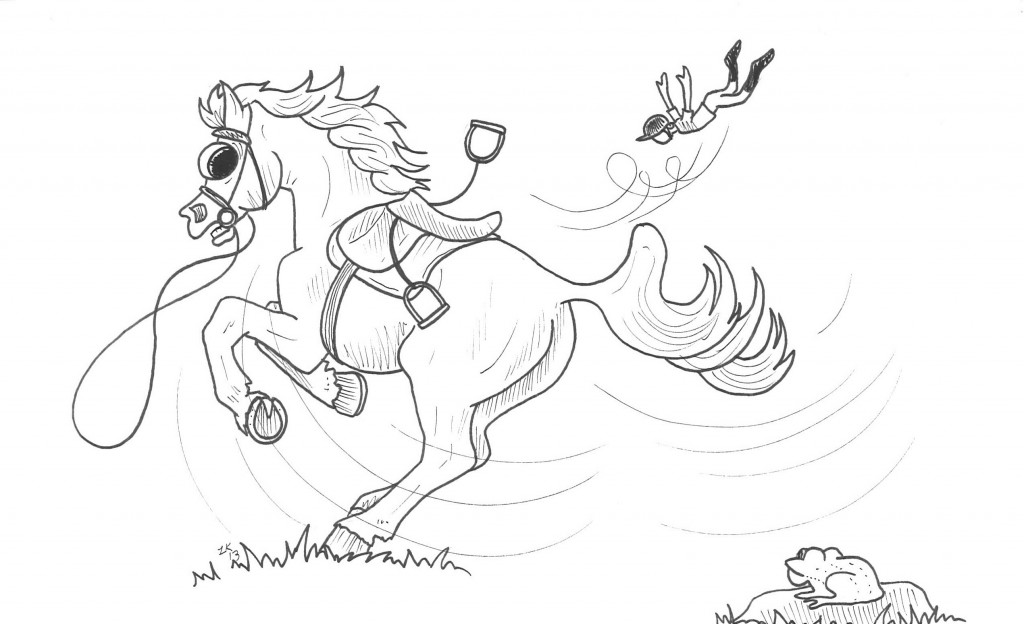 It happens so quickly, you don’t even register the whiplash until you’ve been lying in a heap on the ground for several seconds. 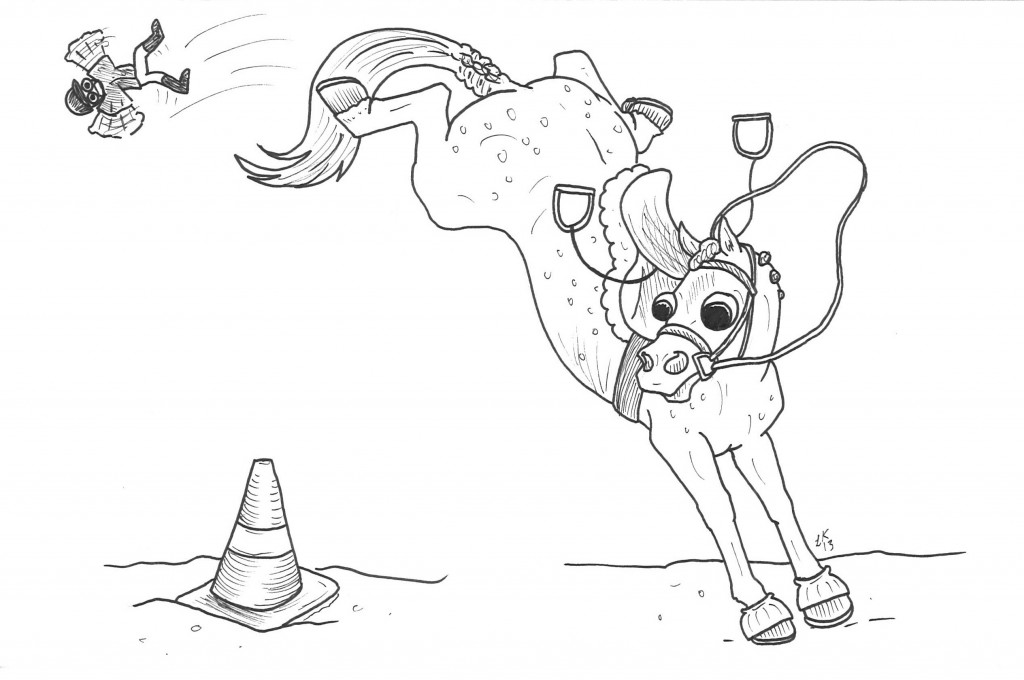 That moment when you wonder if your horse is trying to tell you that he’s found his true calling. 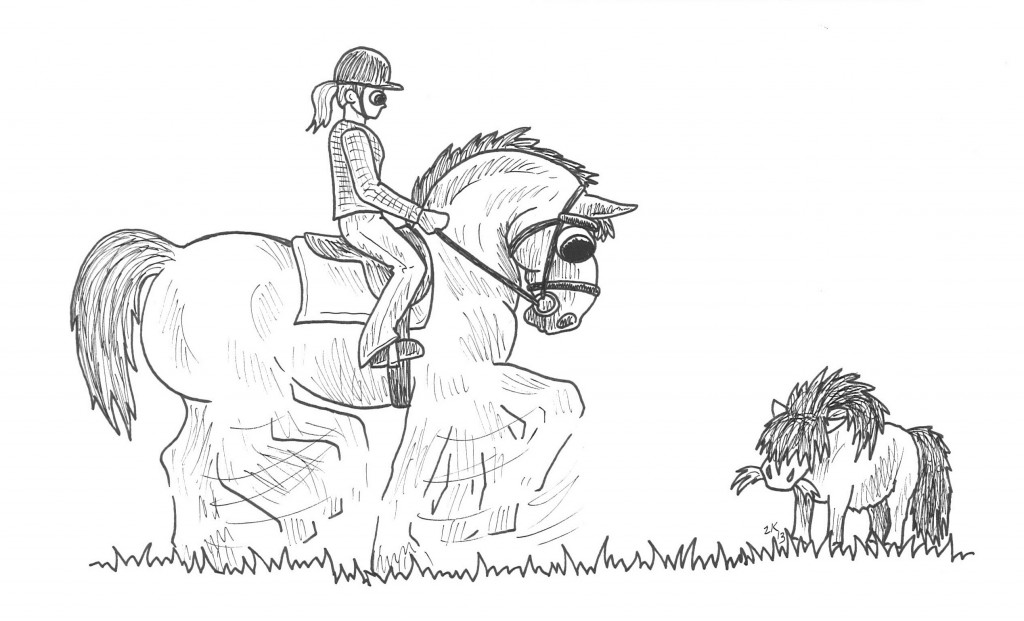 He’s too terrified to go forward, but too terrified to stand still; instead, he performs a rapid tap dance in place, putting Fred Astaire to shame. If only your horse could piaffe like this on command. 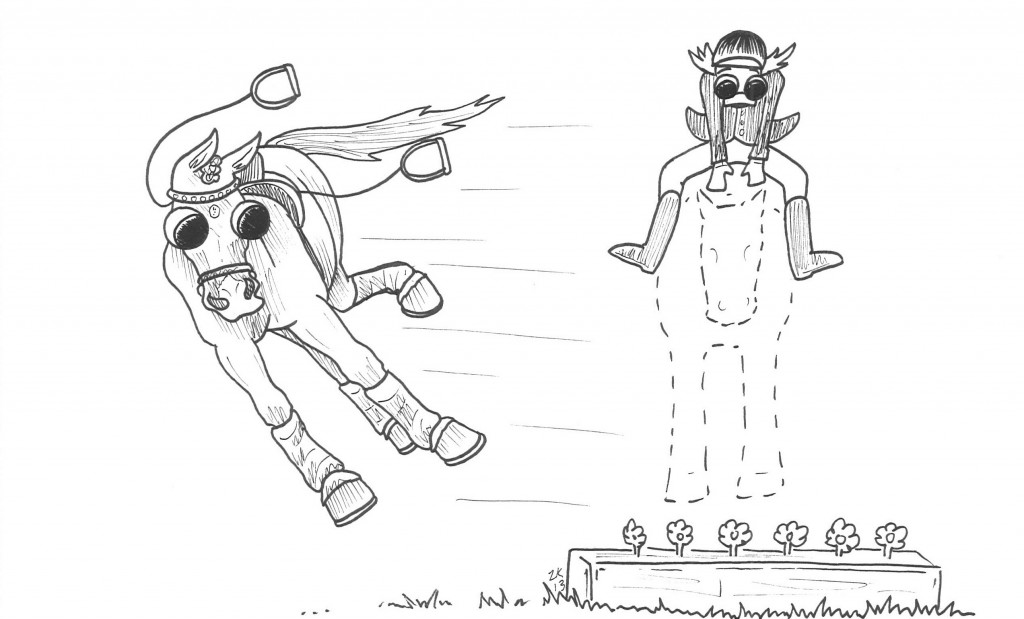 One millisecond, there is a horse underneath you. The next, he materializes about 50 feet to your right, and you’re left to cope with the realities of gravity. 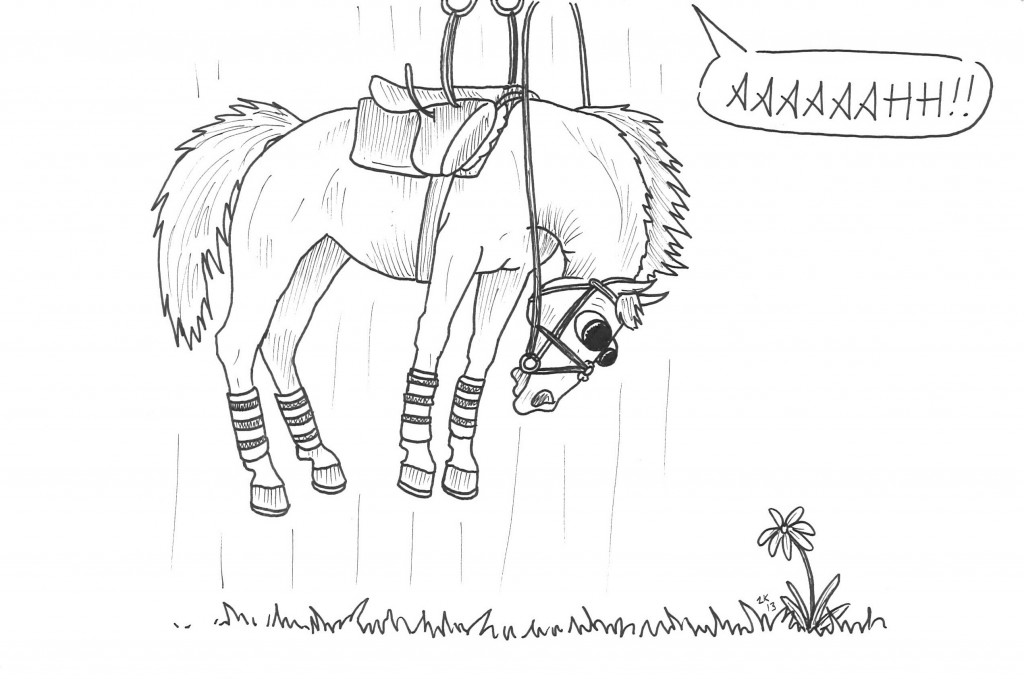 Similar to the Horizontal Teleport, your horse suddenly shoots straight up in the air, giving a whole new meaning to the phrase “bounce jump.”

6: Back That Thang Up 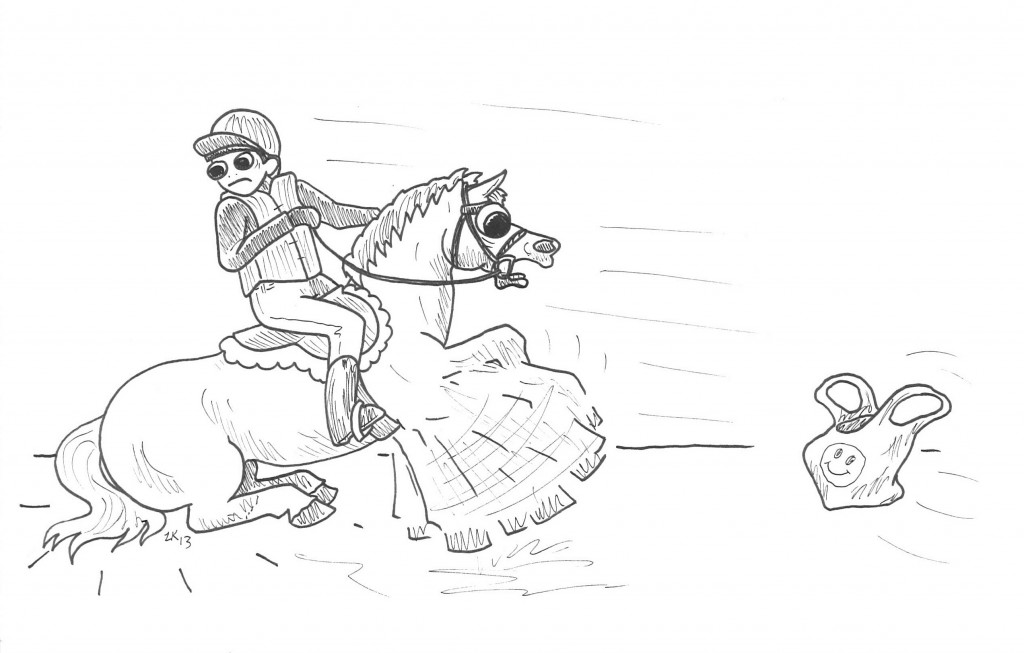 Upon seeing (or thinking he sees) a lurking monster, your horse immediately throws it in reverse and rockets backward like a startled squid. I’m sure if he could, he’d squirt out ink to mask his retreat.

7: Strike a Pose and Snort Like You Mean It 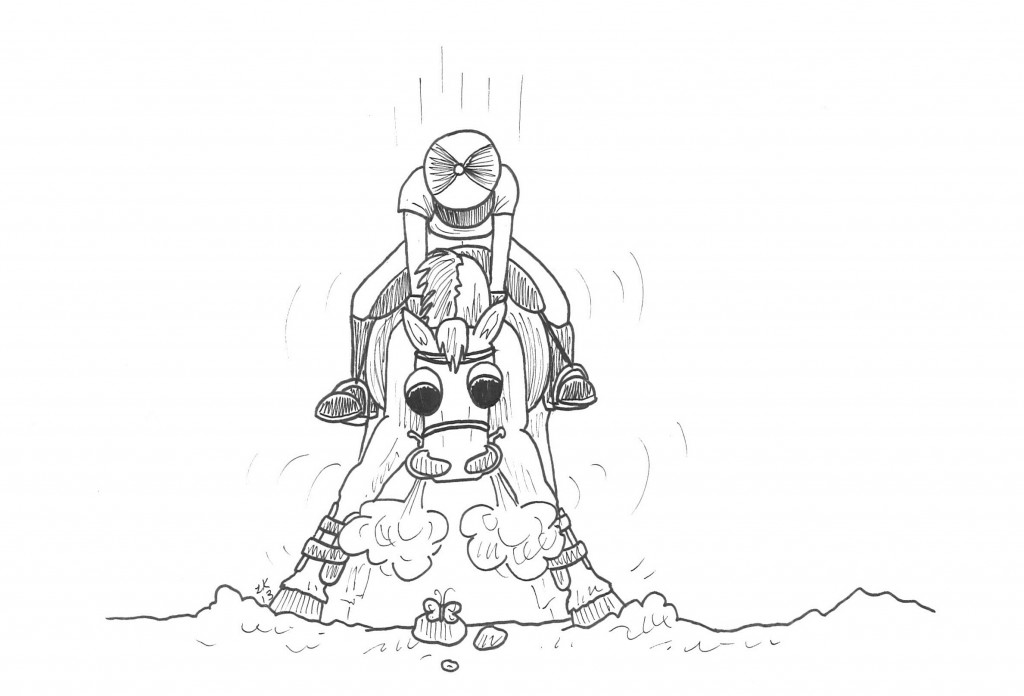 Many of us are familiar with this tactic: your horse plants all four feet, stares so intently that his eyes might pop out of his skull, and emits an emphatic, roaring snort at the culprit. He might not be fooling anyone, but at least he’s not going anywhere …

Unless he decides that he’s…

8: Getting the Heck Outta Dodge 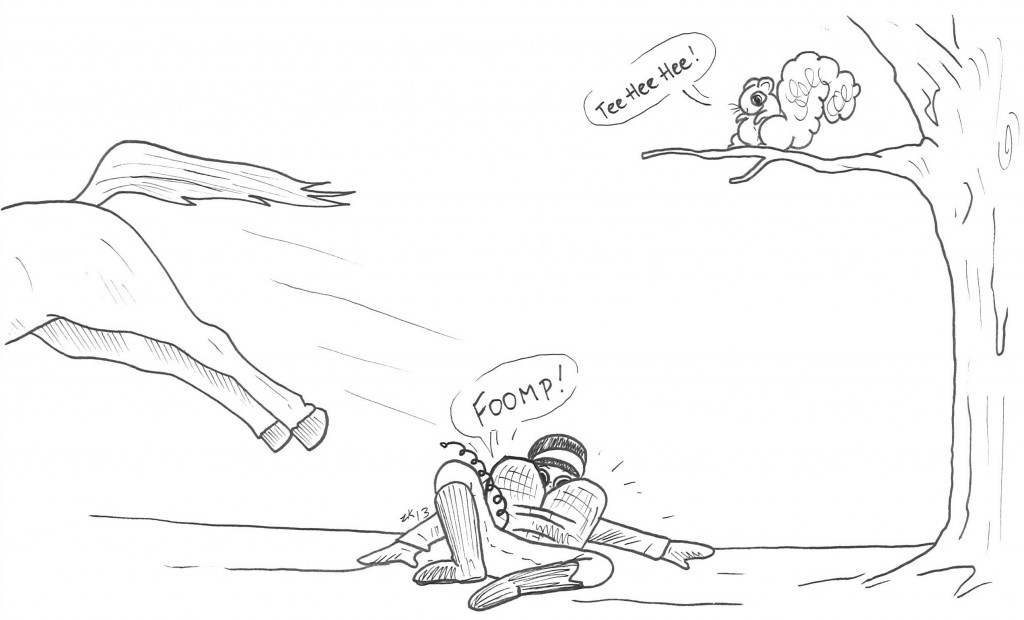 This usually is combined with any of the above spooking methods. Unless you are endowed with lightning reflexes and legs of steel, you’re going to have a potentially long and sore walk back to the barn.