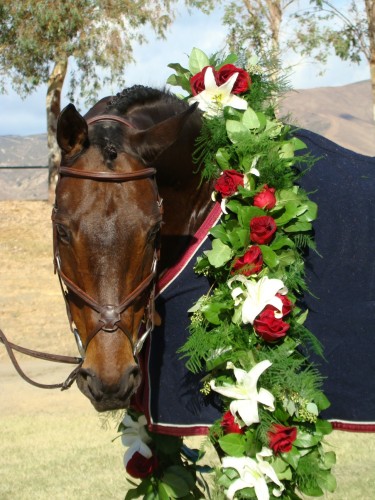 Mystic Castle at his retirement ceremony in 2008. Photo from Nedra Vincent.

Mystic Castle, or Cass as he is affectionately known around the barn, was a special horse who took the upper levels by storm during his prime. Started by Earl McFall, he progressed through the levels, winning several Intermediates and ribboning in the Advanced. In 1998 he competed at Rolex, back when it was still in the glory days of the long format.

“He was a very special horse and one of the few that was a winner at every level,” Earl said. “He won both his move up to Prelim and Intermediate and was top five at Radnor CCI2* as a 7 year old. He won his first Intermediate by two rails, and with me riding with a separated shoulder for stadium. He was 30 seconds fast at Rolex, and that was when they still had roads and tracks and steeplechase.” 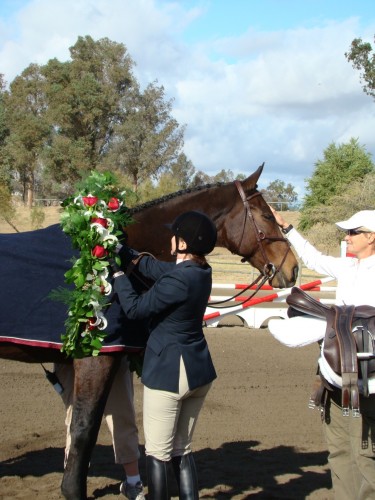 Jil Walton then got the ride on Cass in 1999. She competed him at the two- and three-star level, but had issues keeping him sound. The decision was made at that point to retire him from FEI competition. From there, Cass quickly became Nedra’s horse trials hero.” He taught me the upper levels and never complained,” Nedra said. “He is one of those horses that loved his job. He always came out to work with a smile — squealing on his gallops. Everyone knew when it was gallop day as he whinnied all around the property.”

Nedra competed Cass from 2004 through 2007, winning two Intermediate competitions and placing fourth at an Advanced event. Sadly, he sustained a flexor injury and had to fully retire, but he literally went out kicking; he let out a huge buck while being led out of the arena at his retirement in 2008, sure he was going to get to jump all those pretty colored fences and not happy that his saddle had been taken off. He now resides in a nice pasture with a couple of buddies in Northern California and has melted the heart of the young lady who looks after him now. 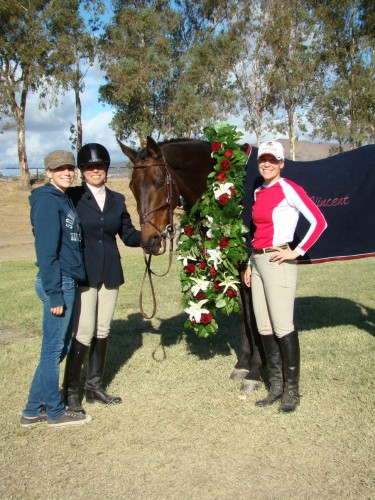