Previously on (in)Famous, I examined some of the more colorful jumping and spooking styles that our horses throw at us – literally. I recently began training for a new job as a riding instructor, which largely involves riding many school horses to get to know their habits and quirks. It’s a fun and eye-opening experience, and I am once again reminded how differently – and sometimes oddly – various horses move. Without further ado, here is a list of some (in)Famous trotting styles that I have sat (or tried to sit). 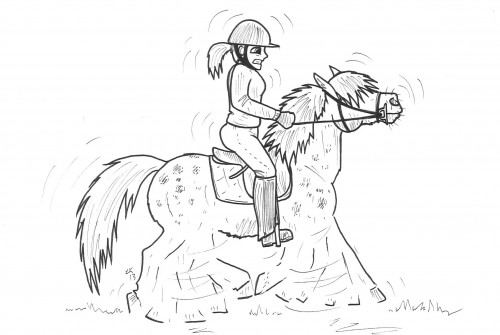 With his nose stubbornly thrust forward like the muzzle of a fuzzy pistol, this horse’s preferred strategy for covering more ground is to kick his stumpy legs into turbo mode rather than gracefully lengthening his stride. 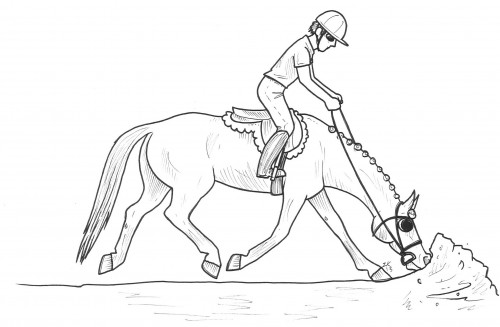 This isn’t the “long and low” that your dressage instructor desires. Also known as “peanut-rolling,” you wouldn’t be surprised if your horse ended up giving himself an uppercut with an errant hoof… or tumbling face-first into the dirt. 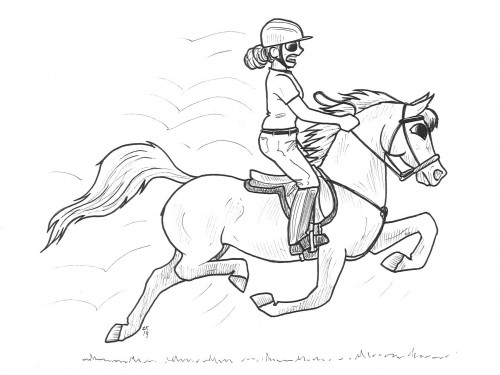 In horses not bred or trained for saddleseat competitions, this high-stepping and flamboyant trot could be described as “more jarring than pickling time at Grandma’s house.”

4: Tiptoe Through the Tulips 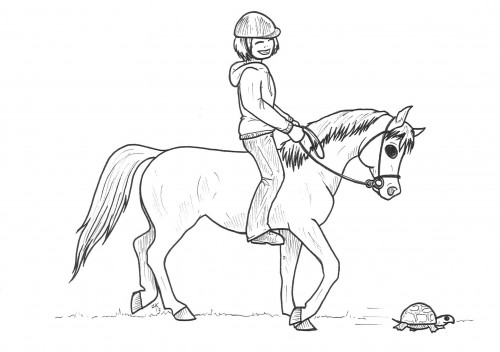 A pleasant jog to sit on long rides, this dainty footwork is efficient yet oftentimes slow. Painfully slow. It just might be a slightly jaunty walk. Look behind you – does your horse even leave hoofprints behind? 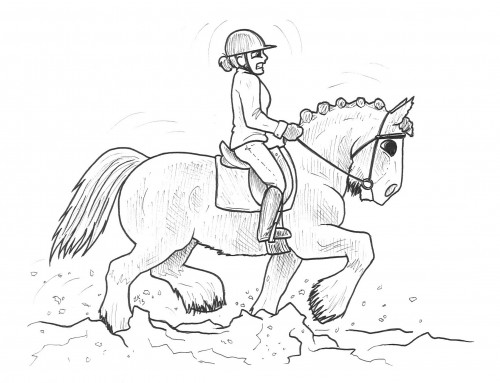 Think of dinosaurs galumphing across the Cretaceous savanna, or perhaps a noble rhinoceros chasing down errant tourists. Extending the trot isn’t an issue – it’s getting your horse to do so without causing an earthquake with the shockwaves from his hooves.

What (in)Famous trotting style does your horse have?