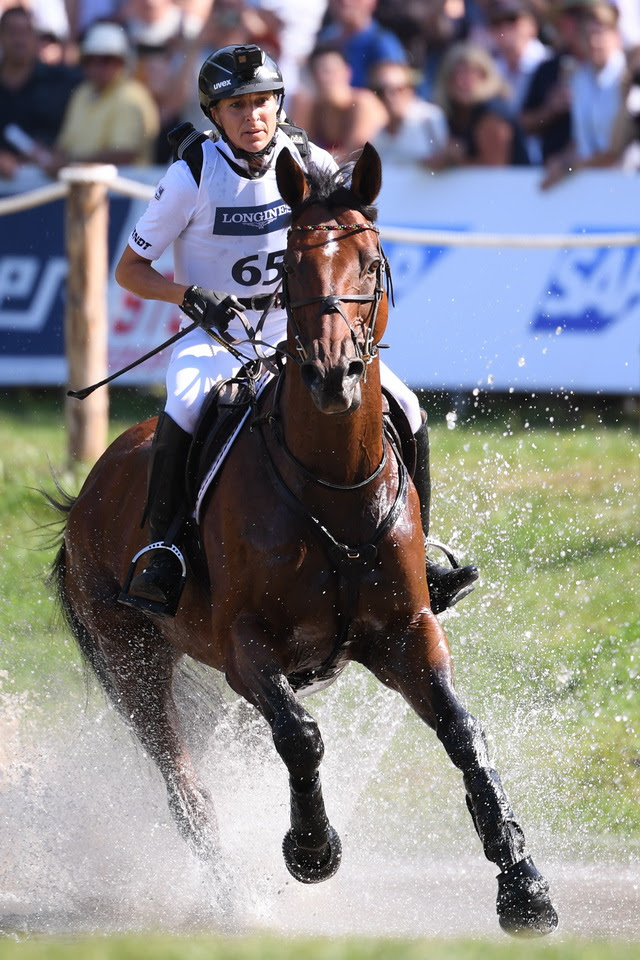 The German partnership of Ingrid Klimke and SAP Hale Bob will be chasing a record third consecutive Individual title at the FEI Eventing European Championships 2021 in Avenches, Switzerland this week where Germany are also defending champions. Photo by FEI/Oliver Hardt/Getty Images.

All eyes in the sport of eventing turn to Avenches in Switzerland this week where the FEI Eventing European Championships 2021 get underway on Wednesday, Sept. 22.

This will be only the third time for Switzerland to host these Championships since they were first staged in Badminton (GBR) in 1953. The second edition was held in Basel, Switzerland in 1954 when Great Britain’s Frank Weldon (Kilbarry), Bertie Hill (Crispin), Laurence Rook (Starlight) and Diana Mason (Tramella) took the team title as well as all the individual medals.

This time around it will be Germany’s Ingrid Klimke who will be under the microscope as she hunts down a new record. Only two other riders have won the Individual title three times in succession. Great Britain’s Ginny Elliott in 1985, 1987, and 1989 and Klimke’s compatriot, Michael Jung in 2011, 2013 and 2015.

Klimke is going for three-in-a-row after standing top of the podium in Strzegom (POL) in 2017 and on home ground at Luhmuehlen (GER) in 2019. However what sets her apart from the rest is the fact that the defending Team and Individual champion will be partnering the same horse that has already brought her double Individual European glory – the awesome SAP Hale Bob. The 17-year-old gelding’s extraordinary career record also includes European team gold at Blair Castle (GBR) in 2015 and Olympic team silver in Rio de Janeiro (BRA) a year later.

Success again this time around will be all the more special for the 53-year-old rider because she’s had a very difficult year. She was on target for her sixth Olympic Games in Tokyo this summer before a nasty fall from her mare, Cascamara, while competing at Baborowko (POL) in May, left her with a broken sternum and smashed collarbone.

However she immediately reset her focus on this week’s European Championships, partnering her great old friend “Bobby” who was the first horse she sat on during her recovery. She joins the crack side of Jung (Fischerwild Wave), Andreas Dibowski (FRH Corrida), Dirk Schrade (Casino), Anna Siemer (FRH Butt’s Avondale) and Christoph Wahler (Carjatan S) in defence of the Team title.

Great Britain has a phenomenal record at these Championships, with 18 Individual gold medals and 22 team victories under their belt. In total, British riders have claimed 40 gold medals during the 68-year history of the event, and reigning world champions, Ros Canter and Allstar B, headline their strong contingent.

The pair claimed double-gold at the FEI World Equestrian Games™ 2018 in Tryon, USA and although Canter says the 16-year-old gelding “hasn’t done anything of real significance” since then, she hopes that he’ll just “click into gear”, when he arrives at the Championship.

Speaking at Blenheim Palace International Horse Trials where she finished second in the CCI4-L* yesterday, Canter pointed out that the British team of Sarah Bullimore (Corouet), Kitty King (Vendredi Biats), Piggy March (Brookfield Innocent), Izzy Taylor (Monkeying Around) and Nicola Wilson (JL Dublin) is a strong one. “I’m delighted to have all these girls out there with me. We’ll be a great support to each other and hopefully we’ll come back with the gold medal!”, she said.

A total of 13 nations — Austria, Belgium, Czech Republic, France, Germany, Great Britain, Ireland, Italy, Netherlands, Russian Federation, Spain, Sweden and Switzerland — are fielding teams for the Championship and there will also be Individuals in action from Denmark, Finland, Lithuania and Poland.

The venue at IENA — the Institut Equestre National d’Avenches — which embraces a racecourse and lies on more than 142 hectares, has staged a wide variety of equestrian events down the years including the FEI European Pony Championships for Dressage, Eventing and Jumping in 2008. Avenches, the former capital of Roman Helvetia, lies on top of a hill just over 3 kilometres away, and is considered one of the most beautiful villages in Switzerland. It’s likely to attract plenty of equestrian visitors over the coming week.

However the business of European medals will be the athlete’s main priority, and the horses and riders will be on their toes when the first horse inspection gets underway on Wednesday (Sept. 22) followed by dressage on Thursday and Friday, cross country on Saturday and the final jumping phase on Sunday (26 September).