Measuring just 15.1-hands, Portersize Just A Jiff is considerably smaller than most of his four-star eventing peers. But that hasn’t hindered his career with Camilla Speirs, with whom he topped Eventing Ireland’s horse rankings this year.

They were the only Irish pairing to have had two top 10 placings at four star level in 2016, a commendable sixth at Pau and a ninth at Badminton, the best Irish result for a season in recent history. And the pocket-rocket gelding, now 16 years old, is showing no signs of slowing down.

EN recently had the opportunity to catch up with Camilla about her pocket rocket superstar.

Camilla and “Jiff” have grown up together, as the now 27-year-old Irish team member was just 15 when their paths collided. Her parents sought to buy a big pony to take her through pony classes and beyond and consulted renowned Ireland-based sports horse producers Deirdre and Richard Bourns.

“We thought he’d be a good project to sell on — Deirdre and Richard showed us some nice ponies and reluctantly pulled out Jiff, as they weren’t sure they wanted to sell him — it was love at first sight,” recalls Camilla. “I loved him, but knew he was going to be a bit too big for a pony. We bought him age four and he measured in as a pony, before measuring out as he matured.” 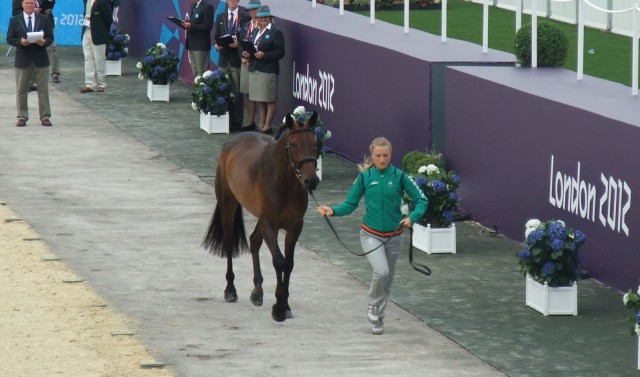 Camilla Speirs and Portersize Just A Jif at the 2012 London Olympic Games. Photo by Kathy Carter.

Camilla says she knew the horse was special, but didn’t know what he was capable of. Trusting her gut feeling that he had great potential, the family sold off another horse to keep Jiff on the yard as he turned six, and the pair was subsequently selected for the Junior Europeans.

He went on to contest a major championship every single year (with the exception of 2013, when he was recovering from injury), and their resume includes the Young Rider Europeans, Senior European Championships, the World Equestrian Games and the 2012 Olympic Games. They were selected as travelling reserve for the 2016 Olympics but sadly did not get their chance to compete.

“It is a shame he didn’t get to compete at Rio, as he was at the top of his game,” Camilla says. “I didn’t put his name forward for the Olympics until after Badminton, as I knew travelling to Brazil would be tough, and he doesn’t owe me anything. But he’s been in top form this year, and I know he will tell me when the time’s right to wind down.”

A gent on the yard

This ‘time to wind down’ does not appear to be imminent with his consistency at elite levels. The pair’s Badminton performance saw a very respectable dressage score of 49.8, although she says the horse’s dressage ‘isn’t always the easiest.’

“If we could get him higher up in the dressage scores he’d be unbeatable,” she says.

Back in May the UK was enjoying a heatwave, and the pair’s cross country ride time was in the middle of the day. “I was conscious of the heat, so I didn’t want to push him too much for the time, so took a long route. But we finished with just a 0.8 time fault,” Camilla recalls. The pair’s previous best Badminton result was six years previously in 2010, when they finished 14th. 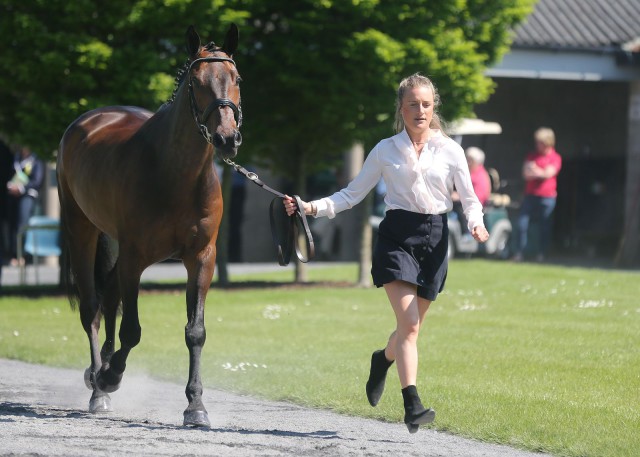 Camilla tells EN that when Jiff is competing, she likes to take just two or three horses.

“We have lots of young ones that are quite fresh and sharp, but he likes the quiet environment,” she says. “Jiff is quietly the boss of the yard, but he isn’t bossy. The other horses respect him. He’s such a gent on the yard — very laid back easy going.”

Eventing at elite levels over such large fences on a 15.1-hand horse may seem like an unnerving challenge to many of us, but Camilla says Jiff makes the four-star tracks feel easy.

“He has a big stride, so it never feels like a struggle ever the cross country jumps,” she says. “Even over the biggest fences, I never feel unsure of him. What makes him so good is his rideability and amenable nature — you think go, and he will go — you think wait, he will wait. You never have to ride defensively, as he is always there with you, and thinking forward. Jiff is always balanced with a good rhythm, so I have never thought that a course was too big for him.”

Camilla says Jiff’s training programme over winter is to do some show jumping and train lightly for the one-star Burgham Horse Trials in March.

The horses all get to enjoy leisurely turn out, and Jiff has his own field. Camilla has a raft of youngsters to bring on, and hopes to take a few to incoming UK Eventing Performance Manager Chris Bartle’s base for some training.

“The horses have been out in the sunshine, but they are coming in now and are all getting clipped and ready for action. It is back to drawing board with all my young horses now; we have lots that are rising five and six, so I am planning for lots of fun over the winter to get some mileage on them, and take a few to Chris’ yard,” she says. 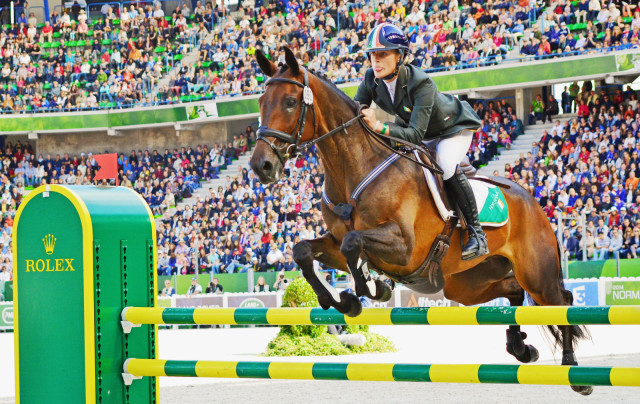 As we discussed in an earlier interview with Camilla, while the average age of Olympic event horses is around 12 years old, the great Lenamore was 19 when he competed in London 2012, so one can never say never, in terms of future Championship and Olympic selection.

“Everything we do with Jiff will be in his best interest,” says Camilla of any future retirement plans. “He has to be loving it as much as me, which he definitely is at the moment.”

There are of course some well-known diminutive equines that have succeeded at the highest levels of eventing, such Karen O’Connor’s four-star ride Teddy, whose accolades included winning a Pan American Games individual gold medal.

Mark Todd’s Charisma is also considered to be one of eventing’s greatest horses, yet stood at just 15.3 hands — an unusual combination, given Mark’s height of 6’2”.

The little horse had already excelled in high-level dressage, eventing and jumping, and had even won the New Zealand Pony Club Horse Trials Championship when Mark tried him out in 1983. Virginia Caro, then-manager of New Zealand’s National Equestrian Centre, was instrumental in formally introducing the partnership.

“It was the middle of winter, and I saw this scruffy, fat little thing. I nearly got back in my car and drove off, but told myself not to be silly,” Mark Todd says. “However, as soon as I sat on Charisma, I loved him – and we won every event that we entered in New Zealand.” 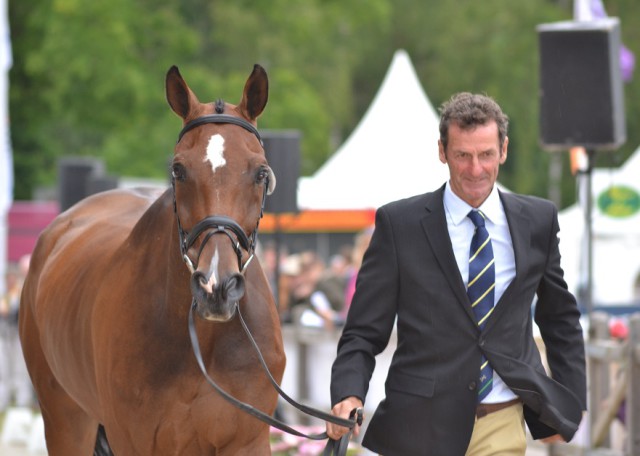 Owning and riding a smaller equine can have its benefits — for one, they are often very hardy. Jiff and Charisma both boast Connemara heritage, while Karen O’Connor’s Teddy could trace Thoroughbred, Arabian, and even Shetland pony breeding lines. Meanwhile, it could be contested that there are cost-saving benefits to be had, in terms of small horses’ forage bills!