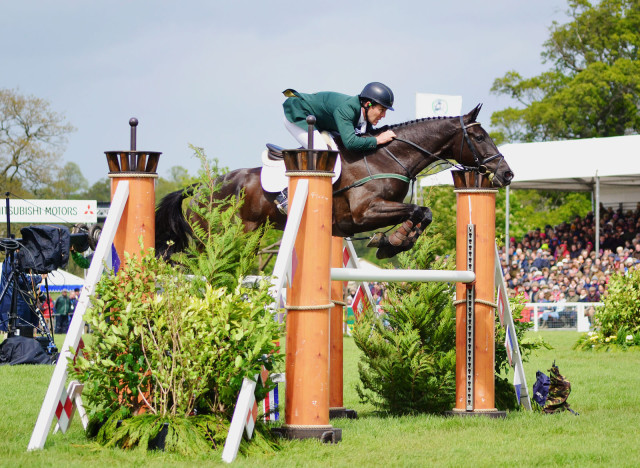 The announcements for the 2014 World Equestrian Games squads are starting to roll out, with Horse Sport Ireland announcing its eventing team this morning. The Irish squad in alphabetical order is:

The reserve list is as follows in alphabetical order:

Clare Abbott and Euro Prince earned their ticket to WEG by being one of the few pairs to jump clear around the massive Badminton track this year. Aoife Clark is coming off a win in the Bramham CCI3* with Fenyas Elegance, who also won the Blenheim CCI3* last fall but has yet to contest a CCI4*. Stellor Rebound has also never competed in a CCI4* and is coming off a third-place finish in the Tattersalls CCI3* and a win in the Chatsworth CIC3* earlier this year with Sarah Ennis.

Electric Cruise was eighth at Pau last fall with Joseph Murphy in the irons and has had a light spring campaign with WEG in mind, most recently finishing sixth in the CIC3* at Tattersalls. Ringwood Mississippi was another of the lucky few to jump clear around cross country at Badminton, which sealed the deal for his WEG bid for Austin O’Connor. And Sam Watson will ride his 2010 WEG partner Horseware Bushman, who also competed at the European Championships for Ireland last year and was most recently 15th in the CIC3* at Tattersalls.

Note that every single horse named to both the main squad and the reserve list is an Irish Sport Horse — that’s a fitting squad for Team Ireland! Best of luck to the Irish squad at WEG.