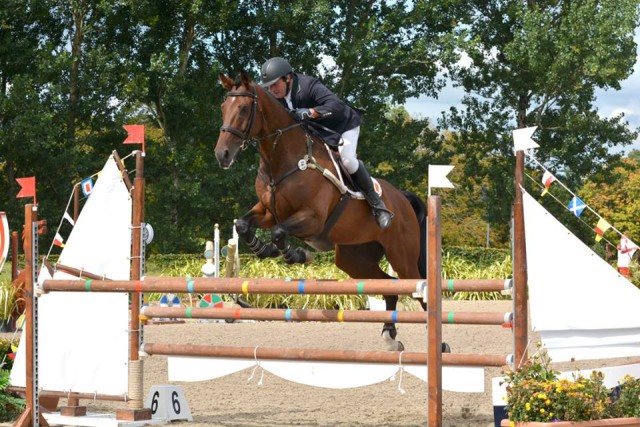 There were three other nations waiting in the wings, but Ireland put on a show on their home turf to sweep the proverbial podium in the Millstreet International Horse Trials CCI3* — and they did it aboard three Irish Sport Horses.

A clear round in show jumping helped London Olympian Michael Ryan claim the first CCI3* win of his career aboard Dunlough Striker, an 11-year-old gelding owned by Carol Henry. The two have been paired up since the end of 2014 and picking up top placings consistently, but this will surely be a bright memory in their promising partnership. The pair finished with a final score of 54.70.

Second place went to two-time Irish Olympian Austin O’Connor and Kilpatrick Knight, another Irish Sport Horse who Austin has been patiently bringing up the levels since 2011. “Daddy” is owned by Wendie Foster, and this is the horse’s best finish at an international event.

Despite adding a rail in the final phase, Cathal Daniels was able to claim the third-place slot by just .2 points aboard Rioghan Rua, a nine-year-old chestnut mare that was part of Cathal’s team gold medal performance at the European Junior Eventing Championships in 2013 — when the mare was only six years old. The two have put in many top performances since, and this is surely not the last you’ll see of these two wunderkinds. 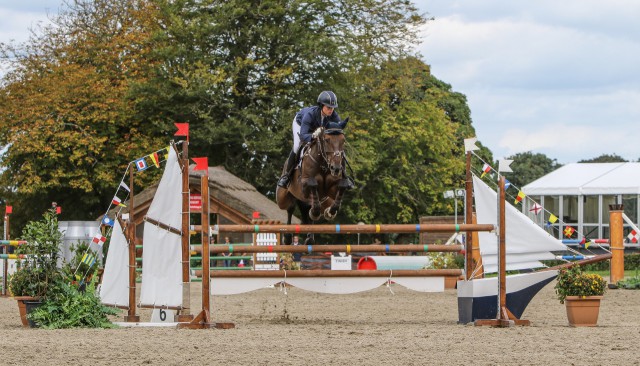 The United States’ Lillian Heard and LCC Barnaby kept the Irish Sport Horse streak alive by claiming the fourth place slot today with a clean show jumping performance that helped them move up the leaderboard four pegs from eighth. They were one of only five pairs to make the time on the very quick show jumping course, and had a final score of 61.50.

Lillian has had Barnaby since he was a six-year-old and in fact acquired him in Ireland while she was working abroad. She took him from being a non-eventing horse and carefully crafted him into a successful four-star competitor. as Barnaby completed Rolex Kentucky earlier this spring in 23rd place. This is their best finish together in a CCI3* to date.

“He jumped awesome today! He was full of energy and excitement and he always jumps best when he feels that way,” Lillian told EN. “The time was so hard to make yesterday that I think a lot of the horses were tired from the effort but Barnaby felt great, knew the job, and gave me everything he had. Moving up to fourth made it all the sweeter!”

“Coming away from the weekend I can say that Barnaby did everything I asked him to with great effort and that’s such a good feeling. I’ve still got homework to do, and a long winter ahead to work away but this was a great experience. And I have to give a huge thanks to Ms. Mars for the grant and the USEF for organizing the trip.”

Jesse Campbell of New Zealand had been sitting pretty in second place going into the final phase, but he and Cleveland had a costly round — the first fence of the 7ab combination, and fence 10. These faults and a time penalty dropped them to fifth place on a final score of 65.90.

Likewise, overnight leader Aoife Clark had been poised for a big win on home turf going into show jumping, but she and Pink Gin ran into trouble in the first double combination as well, having both fences down and the fence immediately after. They also had a rail at fence 10, resulting in 16 penalty points and dropping them from first to seventh. 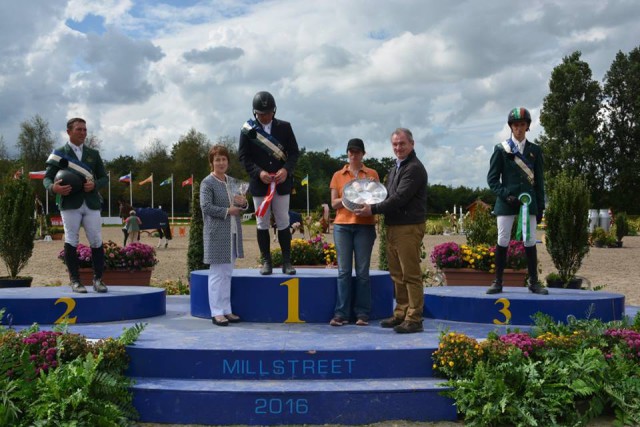