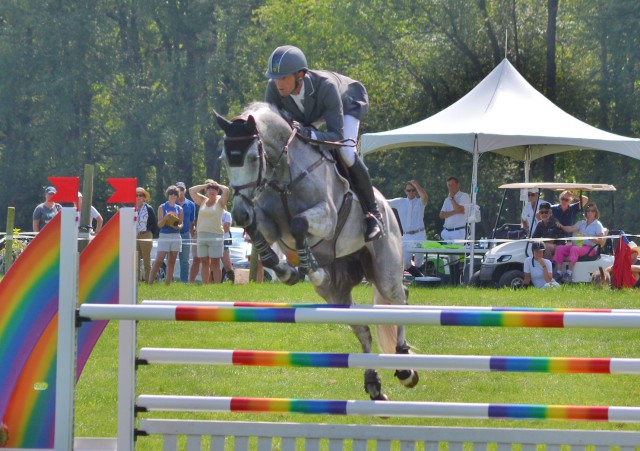 When overnight leader Whitney Mahloch ran into some trouble on today’s show jumping course, second-placed Will Coleman and Tight Lines suddenly found themselves in possession of the blue.

Will describes “Phish” as an unorthodox jumper, but he had no trouble getting the job done today around Marc Donovan’s track. With the exception of a slip around one of the turns, their performance had the consistency of polished glass.

“He has his own style but his effort is just incredible and I love him,” Will said. “I think he’s an amazing, great horse.” 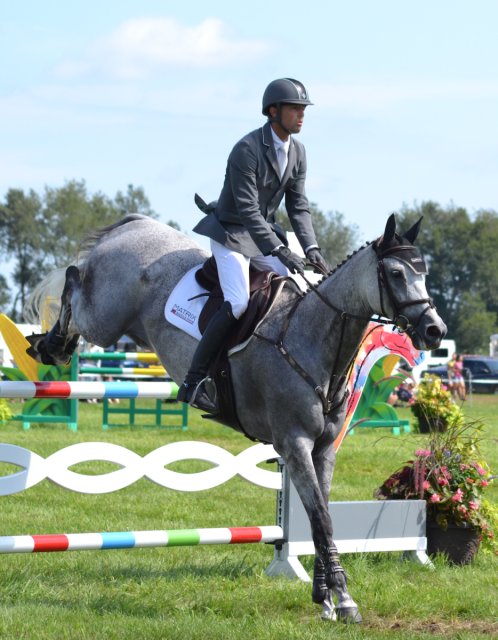 What makes the win even more impressive for this 9-year-old French-bred gelding, owned by the Conair Syndicate, is his low mileage at the level. This is only his second CIC3* outing behind Great Meadow earlier this summer.

“I’ve always thought a lot of him, and he tries his guts out,” Will said.

The next stop on their calendar will be Plantation Field — best of luck to this talented up-and-coming horse!

For Whitney Mahloch and Military Mind, this rookie pair has proven they can make it happen in each phase, show jumping included. Unfortunately, the last piece of the puzzle didn’t quite come together for them here at Richland. A few rubs at the beginning of the course gave way to rails and finally a stop at the fourth from last, the big sunflower triple-bar. You’ll get ’em next time, Whitney! 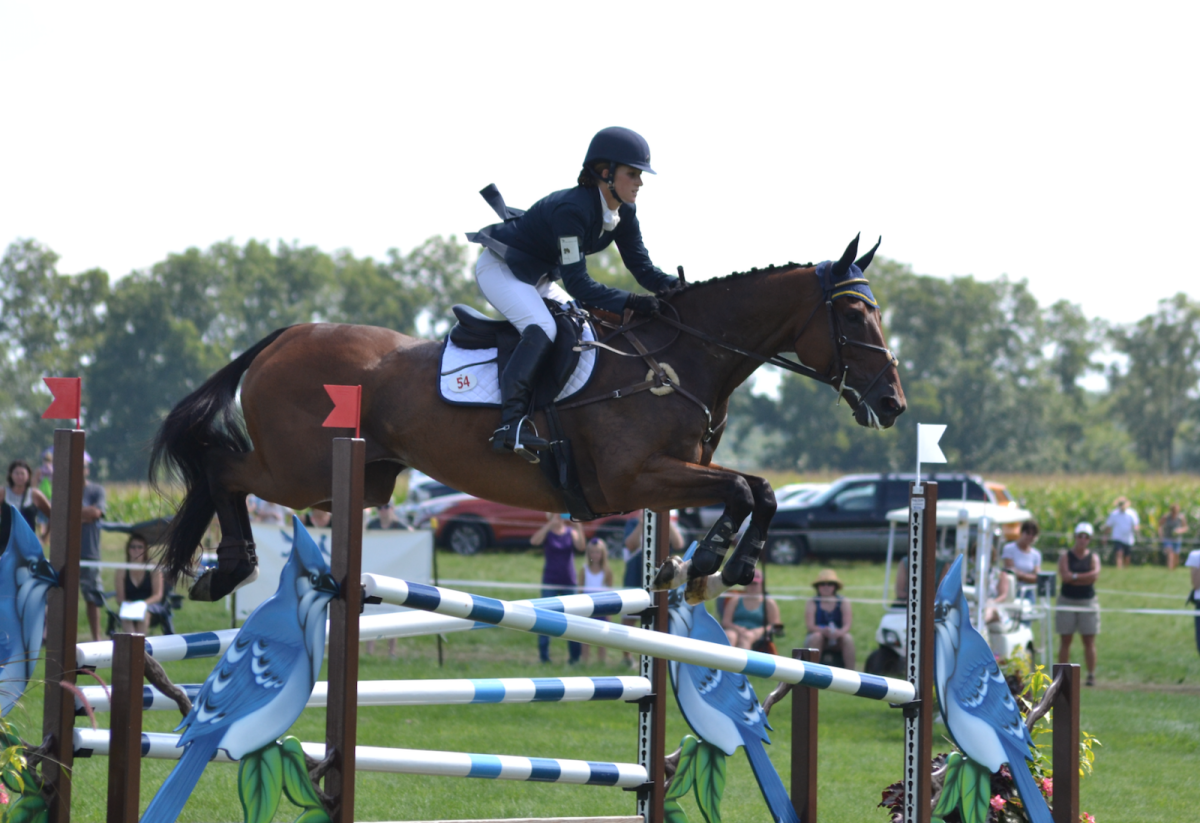 A clear round with one time penalty upgraded Caroline Martin and Spring Easy‘s final placement from third to second. 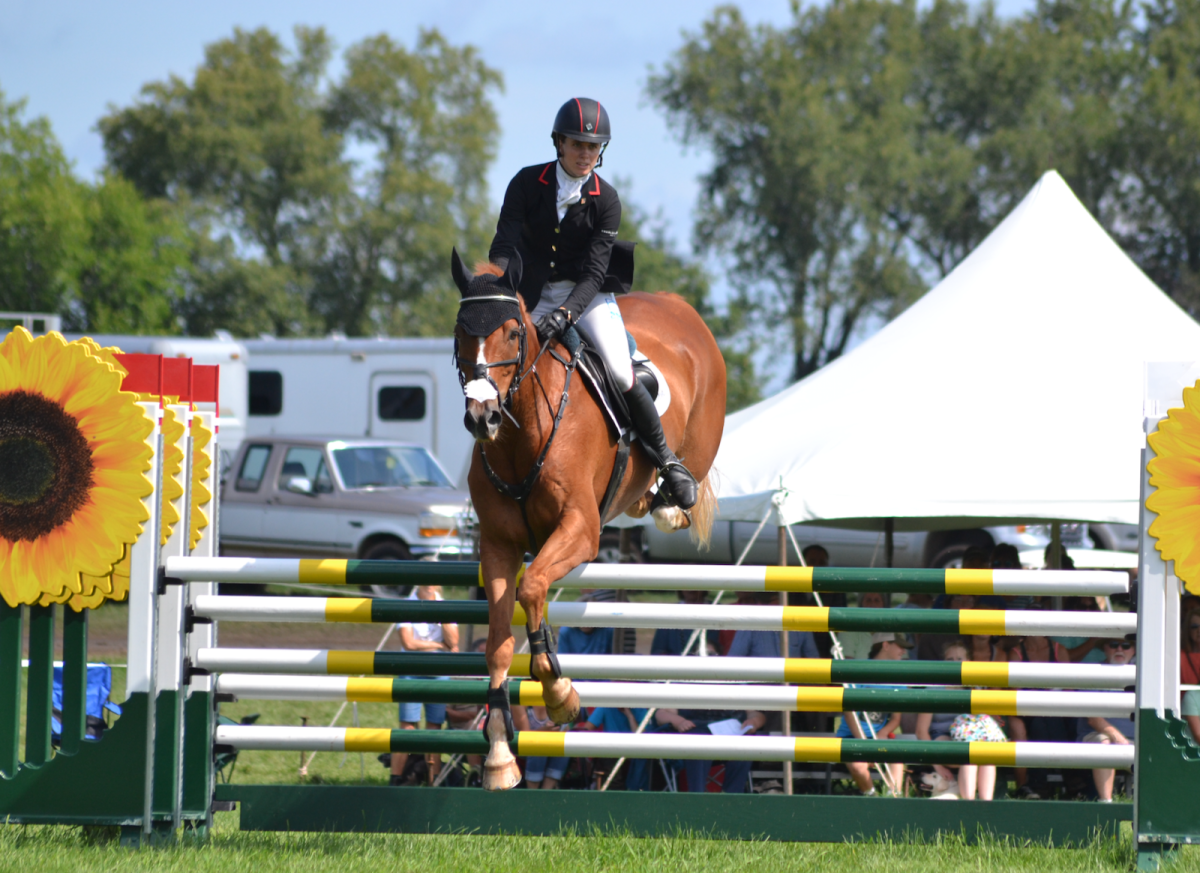 A double-clear bumped Colleen Rutledge and Escot 6 from fifth to third when fourth-placed Joe Meyer and Clip Clop had one down. 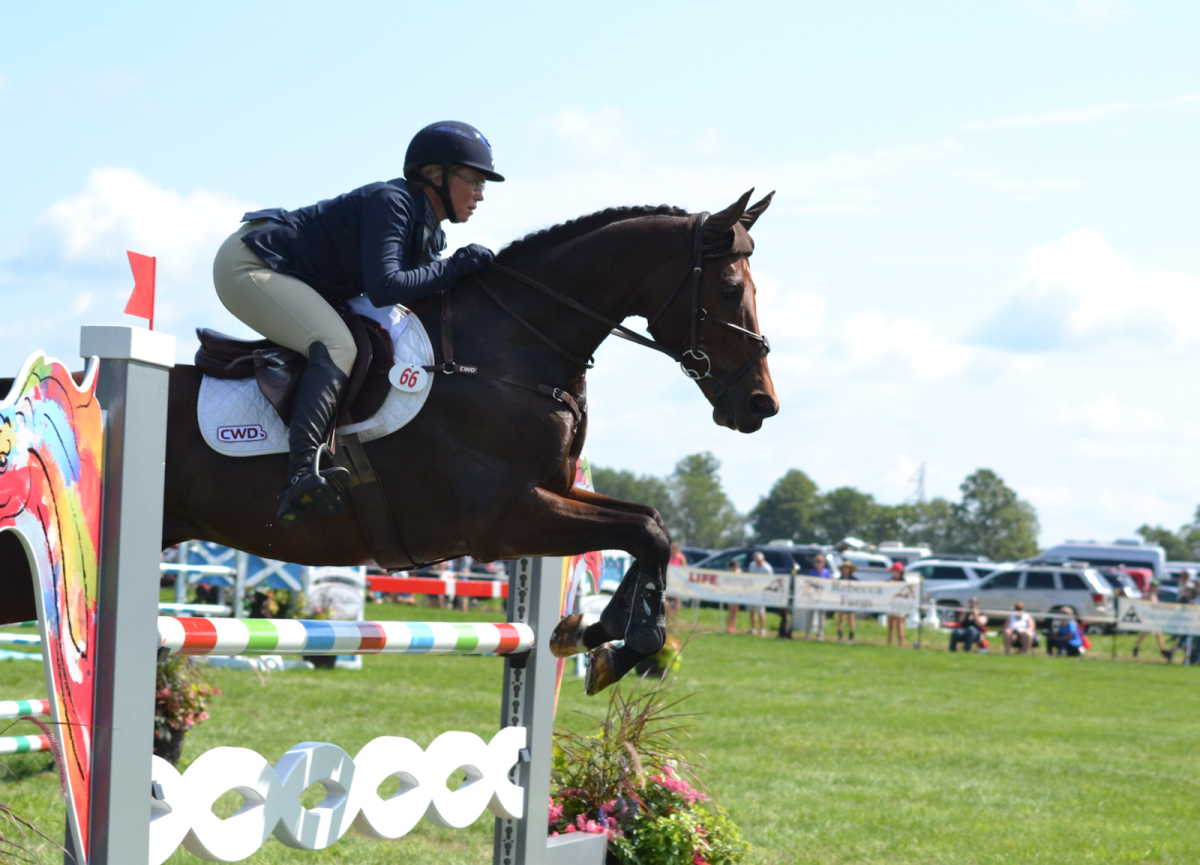 And a birthday shout-out to Arden Wildasin, who finished fourth with Il Vici! 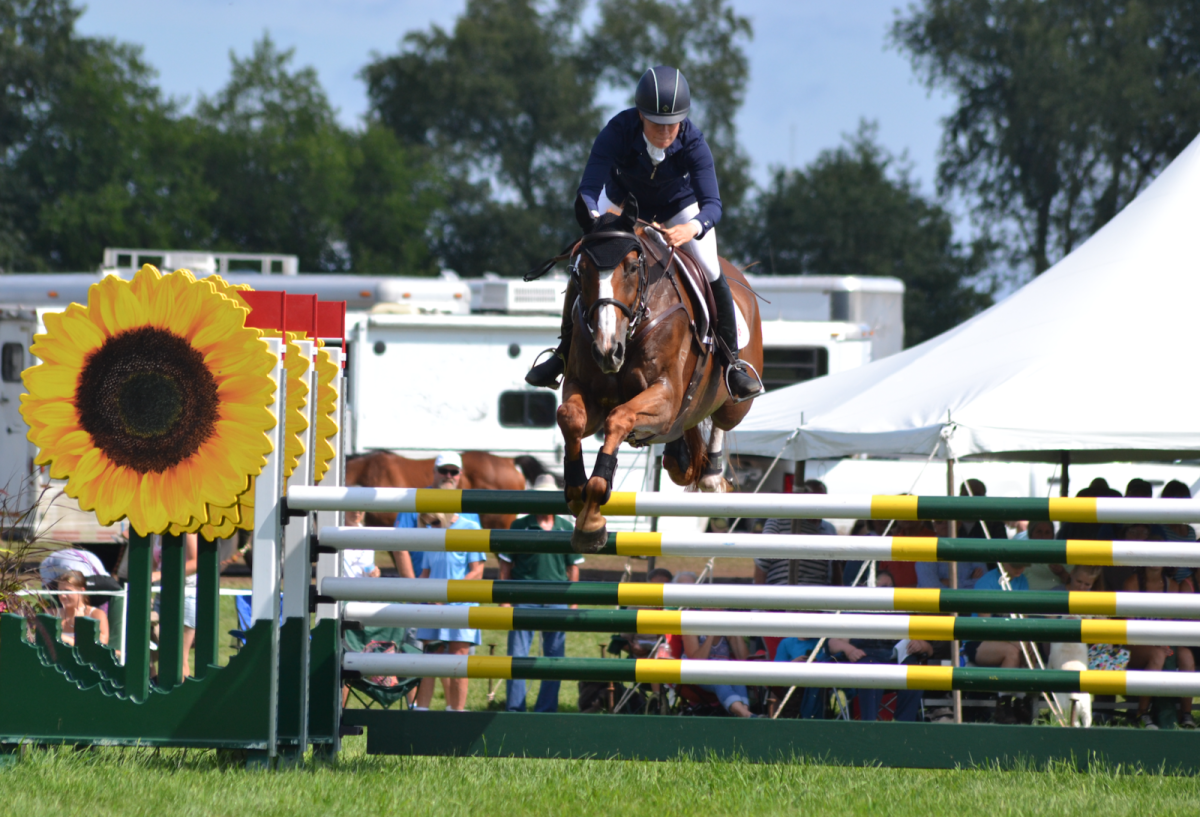 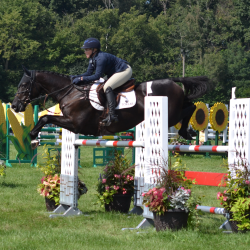 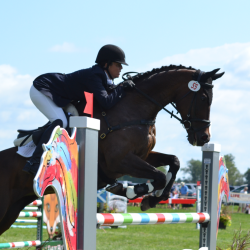 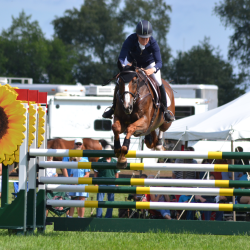 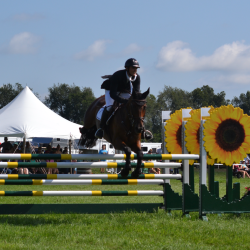 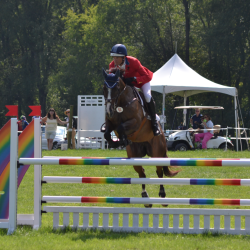 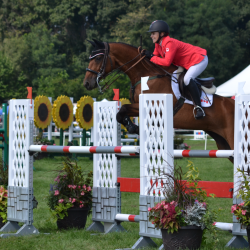 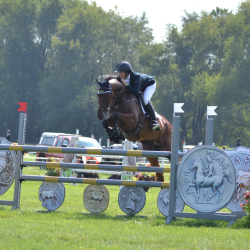 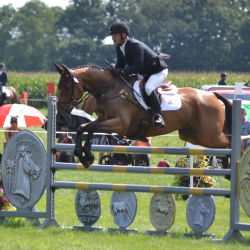 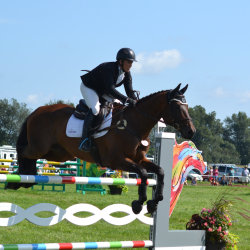 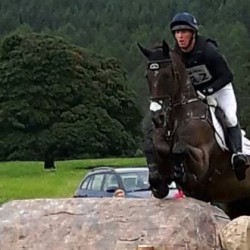 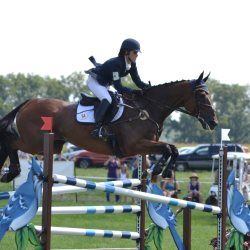 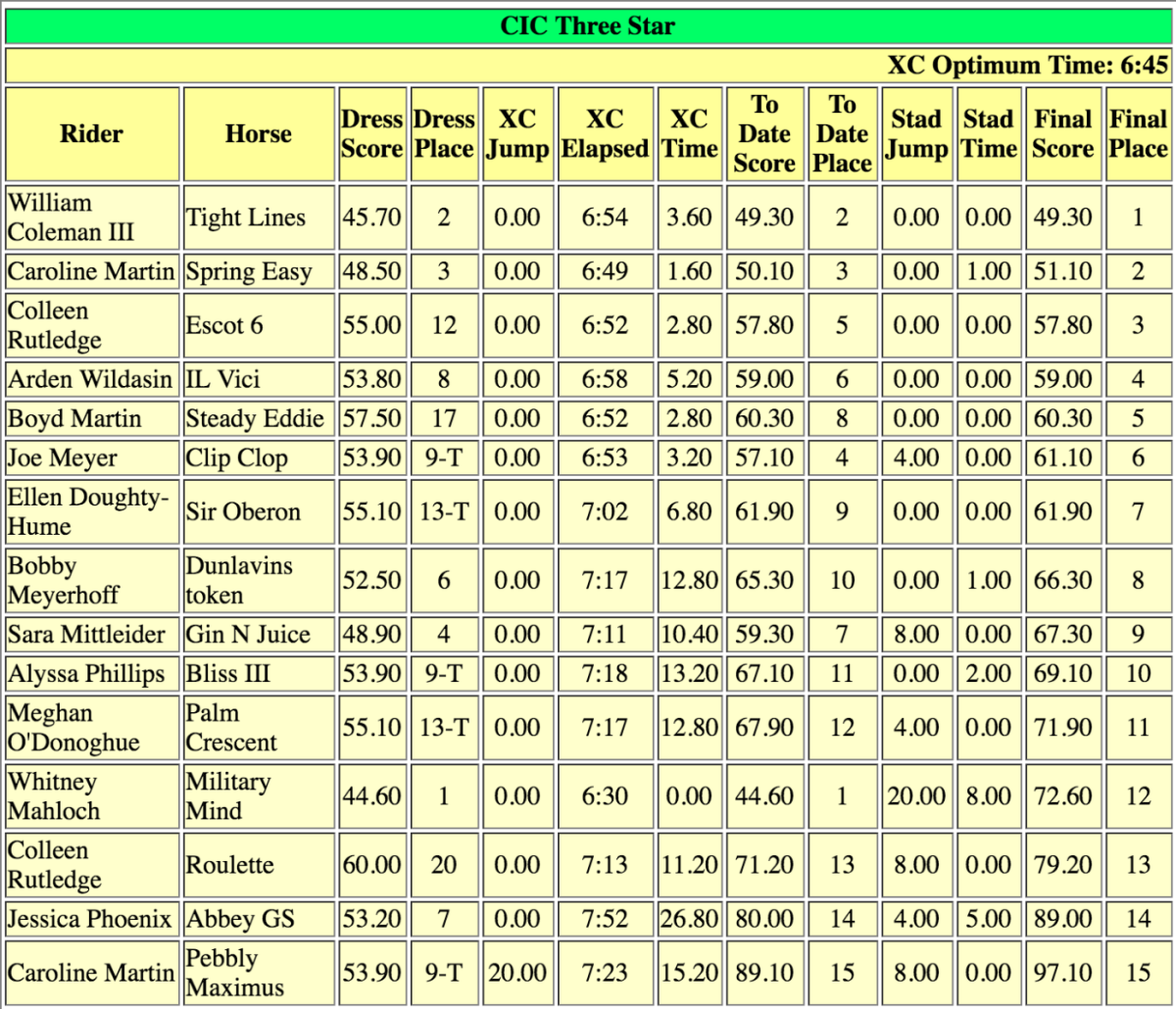