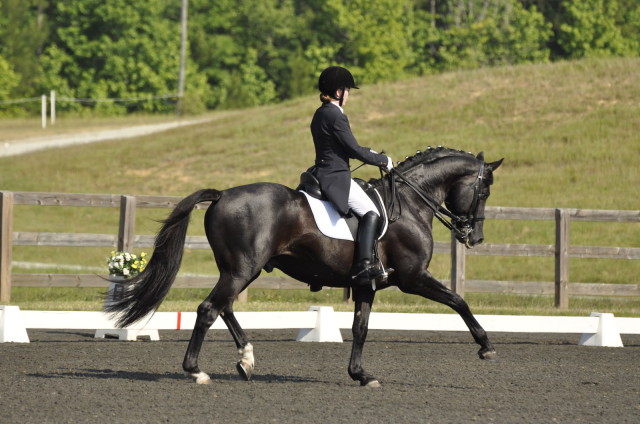 Keep the helmet, but should dressage get rid of tails? Photo by Leslie Threlkeld.

The 127th session of the International Olympic Committee (IOC) met in Monaco this week to discuss the future of the Olympic movement. The committee of 96 members unanimously approved a reform package containing 40 proposals, and now the sporting world is considering who will be affected, and how. Unfortunately, dressage may be caught in the crosshairs.

Equestrian sports sometimes seem as though they live on the IOC’s chopping block because they’re expensive to host, it takes a ton of people to run them, extra accommodations are needed for the sport’s four-legged athletes, and they require large areas with carefully prepared ground.

Is this different than other complex sports that require highly technical preparations? Probably not. But does equestrian get the media and consumer support to make the effort and the expense worthwhile?

There are two very important aspects of the proposal currently causing a buzz. One is the IOC voted in favor of morphing the Olympics from sport-based to event-based. So instead of “track and field,” it’s the long jump, 100-meter hurdles and so on. Instead of “equestrian,” it’s eventing, dressage and show jumping.

This change allows for a more flexible sports program. Instead of limiting the Games to 28 sports, the parameters will be limited to 10,500 athletes, 5,000 accredited support personnel and 310 medal events.

Additionally, the IOC approved allowing host cities to propose the inclusion of one or more additional events. According to a report from Horsetalk, the purpose of this is to “allow host cities to reflect even more on their sports culture … The idea is to give more flexibility to cities and allow more creativity.”

But under the new event-based system, if one medal event is added, another will have to be taken away. Insiders say six sports are facing removal from the Olympic program: the modern pentathlon, synchronized swimming, the triple jump, race walking and equestrian events — more specifically, dressage, the Globe and Mail reports.

“Critics especially argue that dressage, the ballet-like event seen as being more about skill than athletic ability, should be excluded from the Games,” the article says.

Bonnie Walker, a USDF bronze and silver medalist and active instructor and trainer, argues on Dressage Different that in order for the sport to be taken seriously, dressage needs to let go of some traditions and adapt to the modern world. One such way of doing so would be to ditch the shadbelly and top hat for more practical clothing.

“If dressage is a sport, and its competitors athletes, then let’s adjust the rules to allow for a practical and useful sports outfit,” she writes. “If we strip away all fashion, tradition and pretense, then the top hat and shadbelly are ornaments, costumes. They do not keep us safe. They do not allow for us to ride the horses more efficiently. They are throwback to a previous era, traditional riding uniforms of the 1800s.”

Bonnie suggests that a helmet to protect the head, tall boots to protect the lower leg, and breeches to protect the upper leg should be paired with a wicking fabric or a sensible coat. And while tradition is important, the ones that should be preserved are not related to clothing, but how the horse is ridden and trained. Read the full article on Dressage Different.

Let us know your thoughts in the comments.

[Six Olympic sports that may be in danger of being dropped]