In this excerpt from Jane Savoie’s “Dressage 101,” renowned motivational speaker and riding coach Jane Savoie gives us several tricks to straightening the squirmy horse-centipede that feels like he’s moving in a hundred different directions at once. 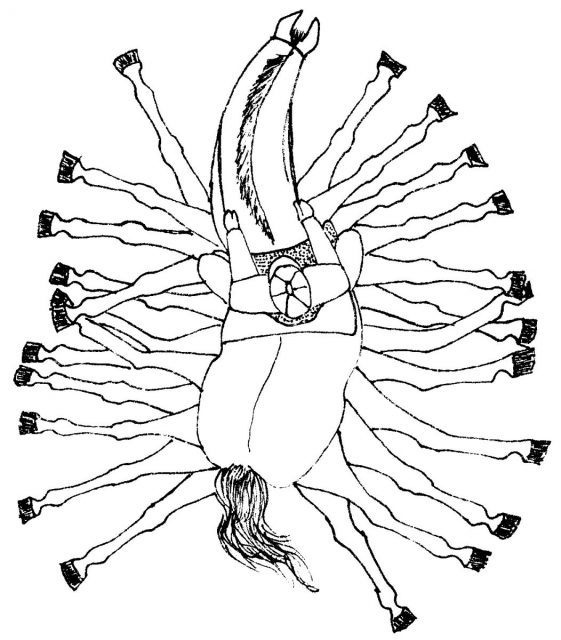 Do you ever feel like you’re wrestling an alligator or trying to hold onto a greased pig instead of schooling a horse? That’s what riding the wiggly horse feels like. It’s wonderful that he’s so supple, but your four-legged friend feels like a centipede. Not only is this horse difficult to turn because he’s all over the place, but it’s just as hard to keep him going forward on a straight line.

I ran into one of these wormy guys recently at a clinic. His rider was trying to correct him by closing her appropriate hand or leg depending on where he was escaping. But as soon as she corrected him, he bounced off her aids and fell out somewhere else. She had fallen into a cycle of correcting her correction and then having to correct her next correction. The two of them looked like they had indulged in one-too-many!

I suggested that she make a solid, narrow corridor of her legs and hands and let her horse bounce from side to side between her steady, enveloping aids until he finally was able to go straight forward. To help her with this concept, she visualized standing in a hallway and throwing a pingpong ball forcefully against one wall. She “watched” the ball bounce from wall to wall until it finally rolled straight down the corridor.

We went through several stages. The first was to go all the way around the track, keeping him absolutely straight with no bend even when they were in a corner. When they could do that easily in all three paces, they did the same exercise three feet in from the rail with no track to help them. I told her to imagine she was on a four-inch-wide balance beam such as gymnasts use. If he got any closer to, or farther away from the rail, she’d fall off the beam.

Once they could do that with few “falls,” they did several brief lengthenings of five or six strides each while staying on the beam, which was still 3 feet away from the rail. Eventually they added some circles, starting and finishing the same distance away from the rail and then continuing along the balance beam without getting drawn into the track.

The final exercise was to turn onto the centerline, leg-yield over to within 3 feet from the rail, and then stop the sideways momentum with the outside aids so the horse could continue forward along a line parallel to but not quite in the track.

This excerpt from Jane Savoie’s Dressage 101 by Jane Savoie is reprinted with permission from Trafalgar Square Books (www.horseandriderbooks.com). 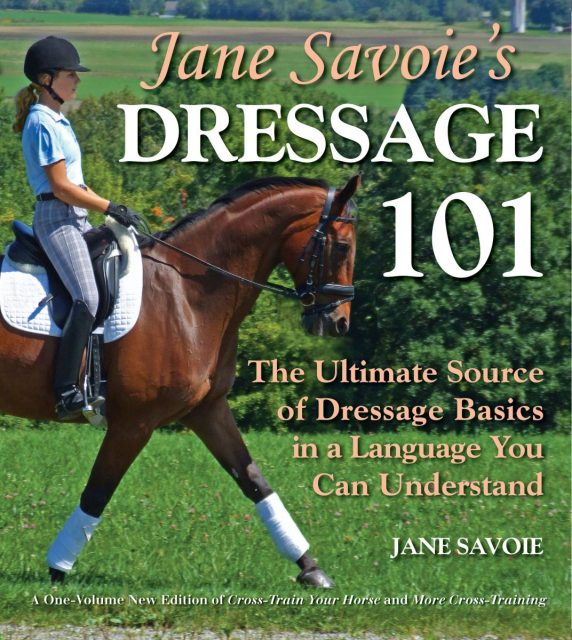