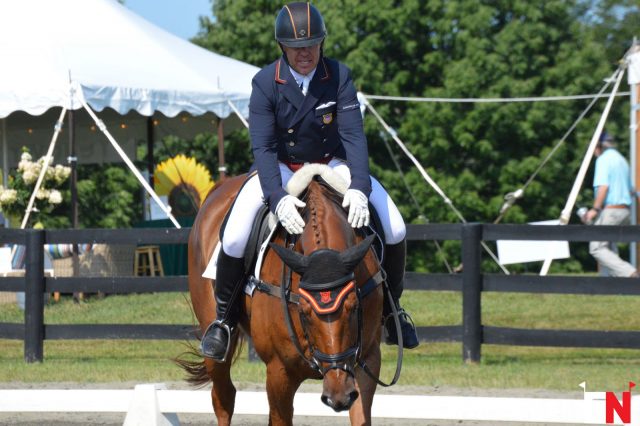 The Pan Ams may be the marquee event this weekend, but you didn’t think we would forget about eventing right here in the Northern hemisphere, did you? While we’re certainly keeping a close eye on the Pan American Games, EN is also brining you lots of action from Millbrook Horse Trials this weekend.

And a beautiful weekend for a horse trials it is here in Amenia, New York, home of Coole Park Farm, where 52 horse and rider pairs are contesting Millbrook’s Advanced division, or perhaps we should call it the Buck Davidson Show?

Millbrook, which is now in its 19th year of running, is generally the first stop for many upper-level pairs ahead of their big fall events. That’s certainly the case for Buck, who brought eight total horses out to stretch their legs in preparation for some exciting things this fall. Five of Buck’s herd are all contesting the Advanced division this weekend and four of those sit in the top five at the conclusion of dressage.

Advanced dressage here at Millbrook runs over two days and Buck took a commanding lead of the division on Thursday, sweeping the top three by the end of the day. The top two spots remain unchanged at the conclusion of the division on Friday and are occupied by his pair of Holsteiner geldings: Carlevo LLC’s Carlevo, who leads with a 26.10; and Natalie Sander, Lisa Darden, and Carl and Cassie Segal’s Erroll Gobey, who sits just nine-tenths of a point behind on a 27.0. 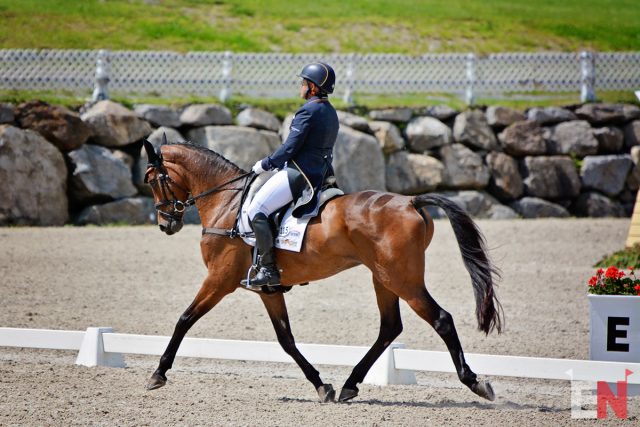 Buck Davidson and Carlevo at Bromont 2019. Photo by Jenni Autry.

“They were all really good,” Buck said. “It’s kind of the first event of the fall season, but they are fairly established horses now. They sort of went in and did the test that they wanted to do. There’s nothing fancy about it, they don’t get worked up about it, they just kind of go in there and do what they do.”

“Carlevo is obviously fairly established. if he got over 30 there would be something really wrong — he did what he does. Erroll Gobey — I decided to try a double bride on him and that made a huge difference. He’s hugely talented, he’s just only 9 and he’s just a big force but he’s starting to understand the movements better, so I was really proud of him.”

Kat Cuca’s Jak My Style, a 14-year-old off-the-track Thoroughbred gelding, had occupied third place at the conclusion of day one with a 28.6, but was ultimately bumped to fifth by his stablemate, the seasoned 17-year-old ISH gelding Park Trader, owned by Carl and Cassie Segal. Jak is on the entry list for Burghley five-star this fall, while Park Trader is being aimed at the Blenheim Palace CCI4*-L.

“With Jak, you can now do the little things to get better scores. He’s not a big mover, but you can lengthen his neck in the extension and then shorten him and his changes are very good. He really doesn’t make any mistakes,” Buck commented. “And I thought Park Trader was really, really good today.” 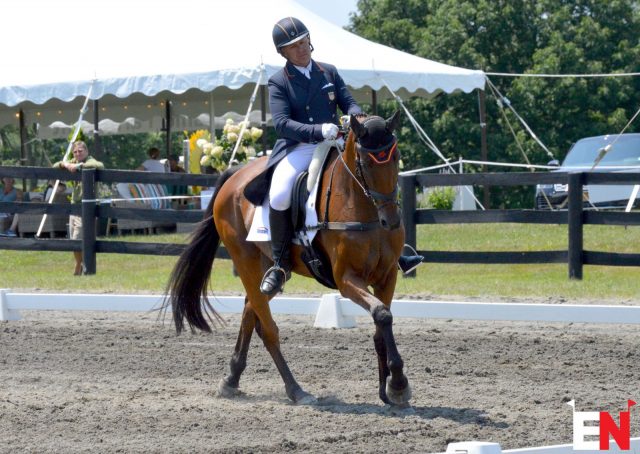 Buck and Park Trader are sitting equal third on 27.7 with Alexandra Baugh and  Mr Candyman — the only pair to break up Buck’s domination of the leaderboard. Mr Candyman, a 12-year-old Holsteiner who was previously campaigned by Phillip Dutton, has been with Alexandra since early 2018. The pair have gotten to know each other through the levels and are now stepping up to Advanced for Alexandra’s debut at the level, and what a lovely debut they had! 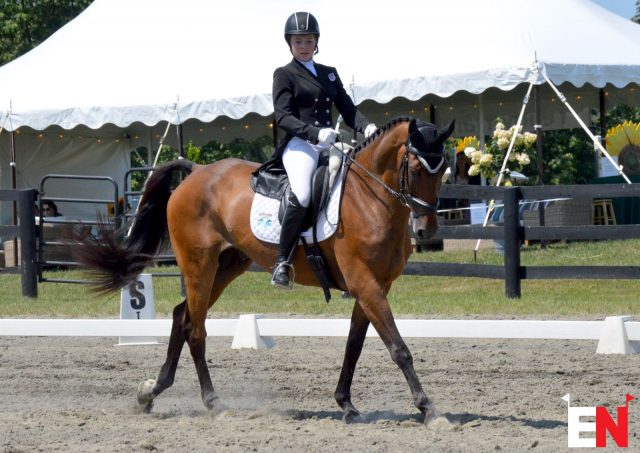 Looking slightly down the leader board, two other horses snuck in under the 30s. Will Faudree and his longtime partner Pfun, owned by Jennifer Mosing and Sterling Silver Stables, hold the sixth spot on 29.1. Colleen Rutledge and her own Covert Rights, another longtime partnership, are just behind them with 29.5.

Rounding out the top ten are equal the equal eighth place Cornelia Dorr and her own Sir Patico MH and Alison Springer with the Business Ben Partnership’s Business Ben, both on a 30.7. Sitting just two penalty point behind is Phillip Dutton and Fernhill Singapore, owned by Ann Jones, Tom Tierney and David Vos.

Videographer Marion de Vogel is also onsite this weekend, putting together beautiful cinematic recaps of each day’s happenings. Check out Thursday and Friday’s videos below:

Keep it locked on EN for more from Millbrook throughout the weekend. We’ll be bringing you a course preview of the Advanced cross country bright and early. Go eventing. 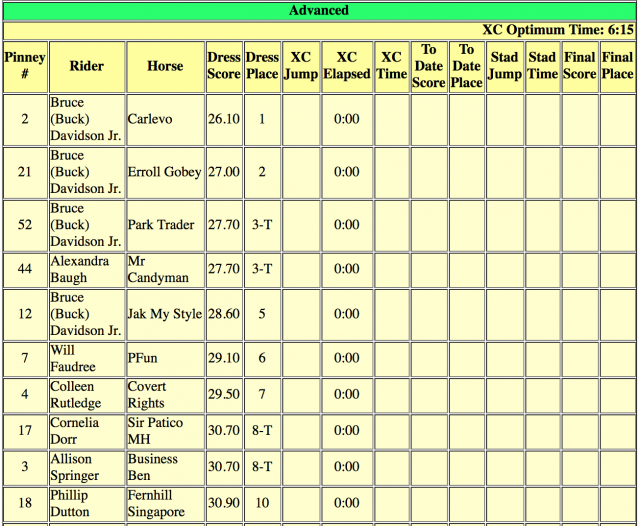