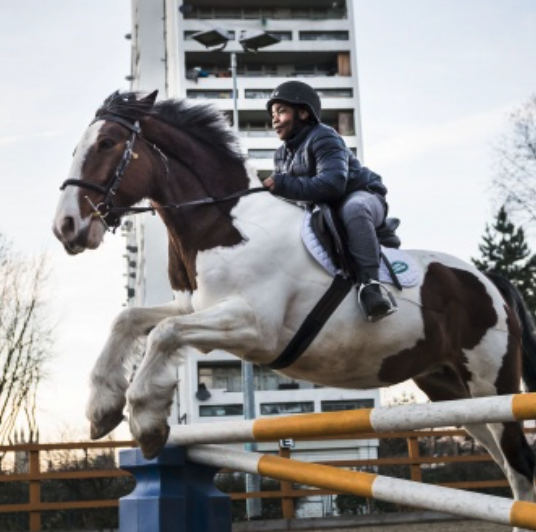 Each year, the FEI takes a moment to recognize its broad membership and the athletes representing it through the annual FEI Awards. The FEI Awards were launched in 2009 to put a spotlight on the individuals and organizations that are making an outstanding contribution to the progression of and excellence in equestrian sport. This year, 55 nominees across 19 national federations are represented for voter consideration in five categories: Best Athlete, Best Groom, Rising Star, Against All Odds, and Solidarity.

“These Awards are a way to honour the heroes of our sport through their amazing stories of resilience, horsemanship, determination and passion,” FEI President Ingmar De Vos said in a press release.

“Equestrian is not just a sport, but a way of life for many people and this has been a desperately difficult year for the equestrian community, just as it has been for everyone, in every sector. Now, more than ever, we need to focus on the positives that our sport has to offer and celebrate the fantastic ambassadors that we have, both on the field of play and behind the scenes making a difference.”

The remaining two categories of awards highlight the efforts of equestrian athletes and organizations to overcome odds and expand the reach of horses to a larger number of people.

The FEI Against All Odds award is given to a person who has pursued his or her equestrian ambitions despite a physical handicap or extremely difficult personal circumstances. Life-threatening illness, accidents that have changed how these riders live their everyday lives, and other obstacles have faced these courageous individuals. You’ll want to read about the 11 nominees for the Against All Odds award here before casting your vote.

Last but most certainly not least among the categories is the FEI Solidarity award, given to an FEI Solidarity or equestrian development project, an individual or organization that has demonstrated skill, dedication and energy in expanding the sport.

Notable among the FEI Solidarity nominees is Chinese eventer Alex Hua Tian’s The Horsemanship Charity Programme, founded to introduce the core values of horsemanship to children in China. This program received the Solidarity award in 2018.

Also nominated this year is the UK’s Ebony Horse Club, which we’ve featured here on EN previously. The Ebony Horse Club strives to raise aspirations and provide opportunity for underprivileged youth in South London. It is the hope of this organization that, through the positive impact of horses, the participants can thrive both in and out of the barn.

South Africa’s Wendy Gidlow is another nominee for the FEI Solidarity award for her work with Heritage Equestrian. This stable provides the opportunity for underprivileged children to work with and ride horses. Wendy has dedicated a huge amount of her personal time to forge connections with the kids in her program, working each day to see her goal of bridging access gaps and sparking inspiration realized.

These are just three of the 11 organizations and individuals nominated for the FEI Solidarity award, and each is equally deserving of recognition for their efforts to create opportunity and provide a source of empowerment.

Your votes can be cast through November 22 on the FEI Awards website here. Winners of this year’s awards will be announced in December.