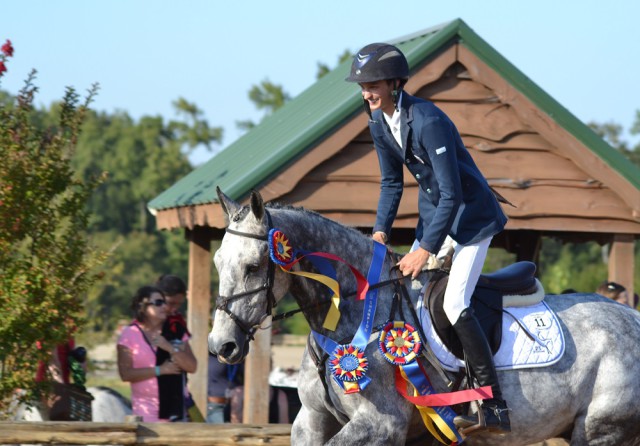 When it comes to prize-giving, the Nutrena USEA American Eventing Championships balls harder than anybody. And no division has more at stake than the Adequan Gold Cup Final — in addition to a $20,000 check, the winner walks away with a serious haul of product from the event’s generous sponsors.

Jacob Fletcher was the leader going into today’s show jumping grand finale but if he was feeling any pressure, you couldn’t tell. He and Atlantic Domino were 100% composed as they tackled the Marc Donovan designed course, breaking character only after all four feet had landed from the final fence. 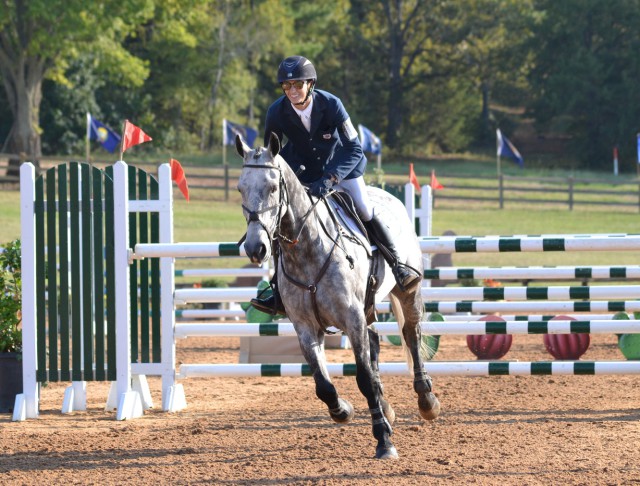 Jacob and Domino led from start to finish this weekend, adding four cross country time faults to a winning dressage score of 27.6 then sealing the deal with a double-clear in show jumping today. Show jumping is the horse’s forte, so no one was surprised when the pair pulled off today’s final-phase hat trick.

“On his record and subjectively, show jumping is his best phase,” Jacob says. “But even saying that I’ve never been in the lead or even in the top three in a big, big competition, so I was very nervous. I’m only riding two horses this weekend, too, and I think it’s much easier to stay in the game if you’re riding a lot of horses and you don’t have time to get off and think.”

Jacob came here thinking that the event would be a good prep for his fall CCI3* at Galways Downs, but winning was a welcome bonus — especially since Area V is his stomping ground and 2015 marks the third and final year the AECs will be held here at Texas Rose Horse Park. With Laine Ashker having won it in 2013 followed by Buck Davidson in 2014, Jacob quipped, “Somebody from Area V had to win it before it leaves!”

“I think we’re really getting on the right track and I’m most happy we had a good, clear, confidence-building round this weekend,” Jacob says, adding with a let’s-get-real-here smile, “I enjoyed winning, too. I’ve never done that before at a big competition. But the biggest thing for me is that the horse is going well and that he can be more confident the next time we go out.”

As for what he plans to do with that check for $20 grand? 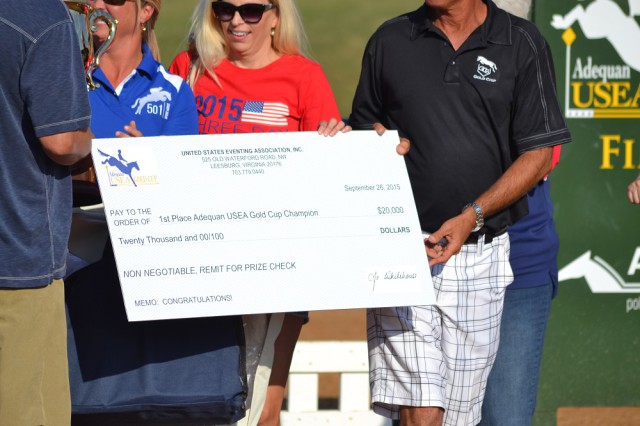 “Probably invest it,” he says. “I’m very much into the stock market and I don’t have any money now, so I have a few stocks waiting.”

For a 21-year-old, Jacob Fletcher, we think you’re going to turn out just fine.

Elsewhere in the division, the no. 2 and no. 3 positions switched places when Buck Davidson and Wundermaske pulled a couple rails. Caroline Martin and Quantum Solace moved into their place on the wings of a double-clear round, one of only three in the 11-horse division. 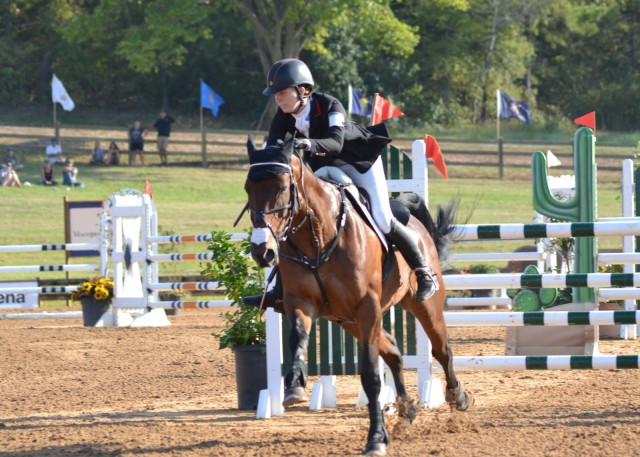 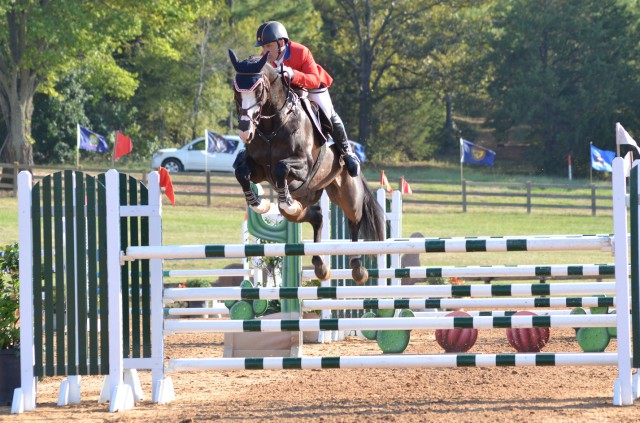 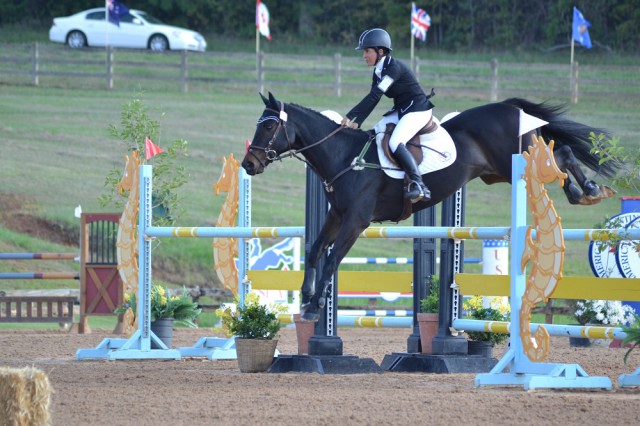 It’s great to see past winners like Barb and Buck making an effort to keep the AECs on their schedule although it’s easy to see why they do. It’s a special event for professionals and amateurs alike, a true representation of the heart and spirit of the sport here in America. 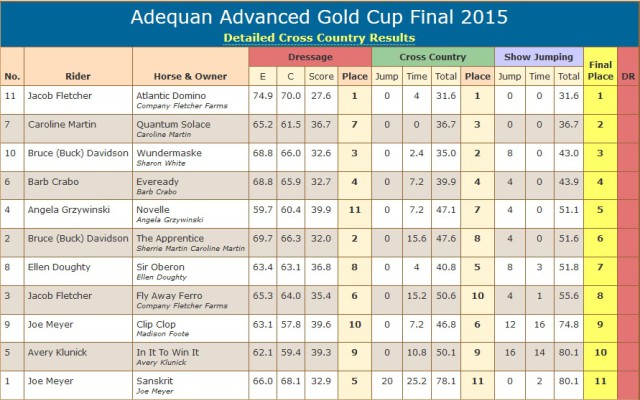