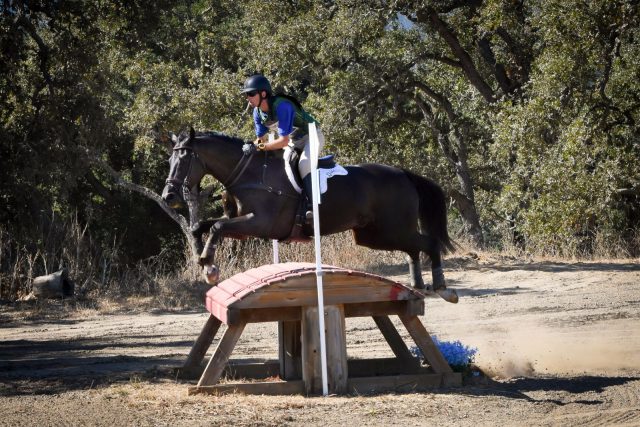 James Alliston and Happenstance put all the pieces together this weekend at the Woodside International Horse Trials to earn a wire-to-wire win in the CIC3*.

This pair won wire-to-wire, adding just two cross country time penalties for a final score of 47.1. You may remember that EN tapped this duo to win in our By The Numbers Woodside preview, and they are looking in top form as they next head to the CCI3* at Galway Downs.

“All three phases I think were really really good, so I was really happy. It was nice because that’s the hard part about the sport, stringing all the three phases together at one show, and I felt like we did that this weekend. It feels really good. Hopefully we can replicate that performance at Galway.”

Running in reverse order of standings meant James started the day with his first horse, Parker. James and Parker gave everyone a scare when they slipped and fell between fences 18 and 19. Fortunately both were fine — Parker overreached and stung a front leg, but is otherwise unharmed.

After falling it was a bit of a rush for him to get to the start box with Mary McKee’s overnight leader, Happenstance. “Luckily on the cross country he doesn’t take much warming up,” James said. “We went out there and he was great. He felt really really good. I thought it was a hard course. He’s a big, sort of scopey, rangy horse and I thought it was quite twisty in and out the trees for a horse like him, but he handled it really well.” 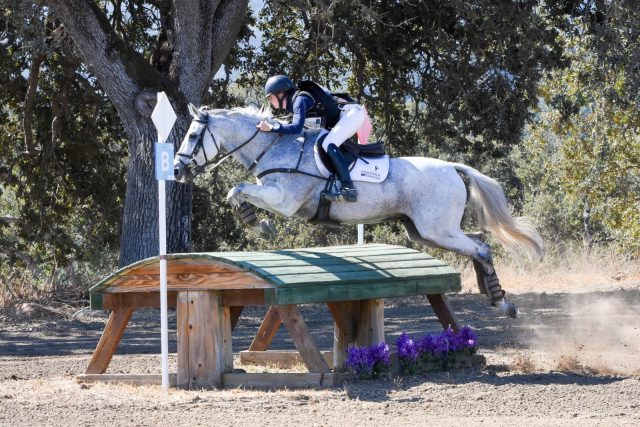 Helen Buscaren and her own off-Track Thoroughbred Ben zoomed around Ian Stark’s track, finishing seven seconds over the time for a second place result.

“He was really relaxed which is the main thing for him. He’s always really fast, but it’s whether or not I can keep him relaxed and jumping in a nice shape. If he’s a bit tight, he jumps like a deer sometimes. Today, he jumped real nice and soft and he felt great,” she said, also crediting James for his coaching over fences.

“He’s really transformed both Ben and me with the riding and his jumping because Ben never looked very special as a young horse. James actually told me to sell him. I tried, but no one would buy him. I’m glad I didn’t sell him. As he didn’t sell, James had to teach me how to ride him instead which worked out well.” 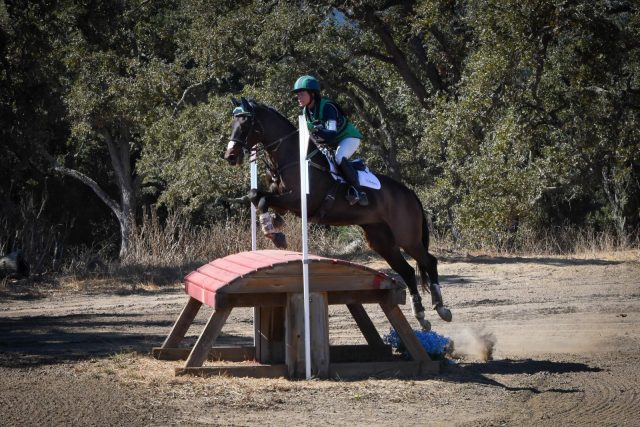 Bunnie Sexton and Ride Against. Photo by Shelby Allen.

Bunnie Sexton had plenty to smile at this weekend after she piloted Rise Against to a third-place finish. “Echo” has battled smoke inhalation this summer as wildfires have plagued western United States.

“He was tired when I ran him at Rebecca Farm in July. It was a scary feeling for me, so I put him back on a conditioning program for a full three-day event like we used to do,” Bunnie said.

“Heading into today, my concern was if my conditioning was working. He ended up going out there strong, and he was still so strong at the last fence. He was very game and very rideable today, and I’m just really excited. I’m really excited to keep pushing on him in the dressage as well. I’m thrilled, and this weekend has been a ball.”

Of the 13 starters, 10 finished three of whom had at least one stop. The time was a little tight for this group. James was the quickest with Helen following as the second fastest.