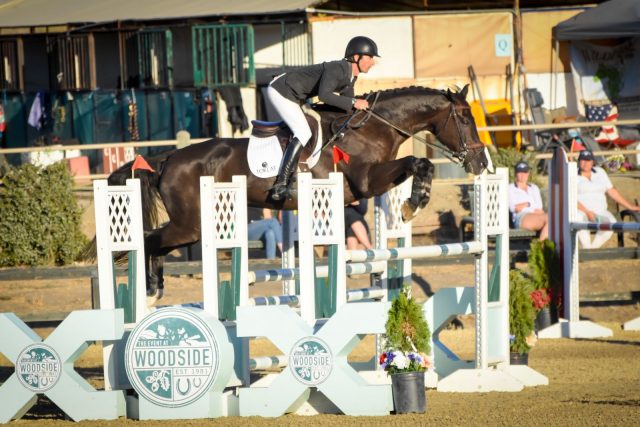 James Alliston and Mary McKee’s Happenstance might be new to one another, but what they lack in experience they make up for in talent as they are leading the CIC3* at Woodside International Horse Trials.

The pair earned a 45.1 in the dressage which pushed them to the front of the pack.  “That was better than I could’ve hoped really,” James said. “The last show went very well in the dressage. He won the dressage there, but it’s just new partnership and me trying to figure out what he likes.

“He’s done really well in the dressage before, but I think I was riding him a certain way which probably wasn’t what he liked, and hopefully I think we’ve figured that out.”

They then posted one of only two clear rounds in this group to stay on their dressage score into tomorrow’s cross country. “Today I was hoping we could have the luck on our side and jump a clear round. I don’t think he rubbed any fences. You can’t jump better than that,” he smiled. 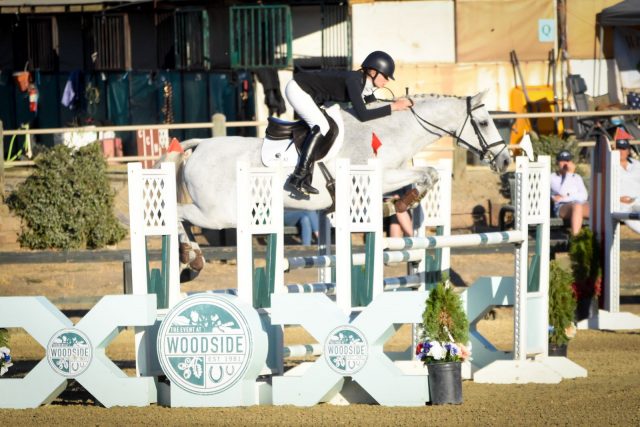 Second-placed Helen Bouscaren claimed the other clear round. She and her own Ben jumped from fifth to second after leaving all the poles up. They carry a score of 54.4 to the final phase.

Helen got Ben as a 3-year-old off the track, and they’ve slowly climbed the levels together ever since. An injury in 2014 sidelined their progress, but they look better than ever now as they aim for the CCI3* at Galway Downs next month. 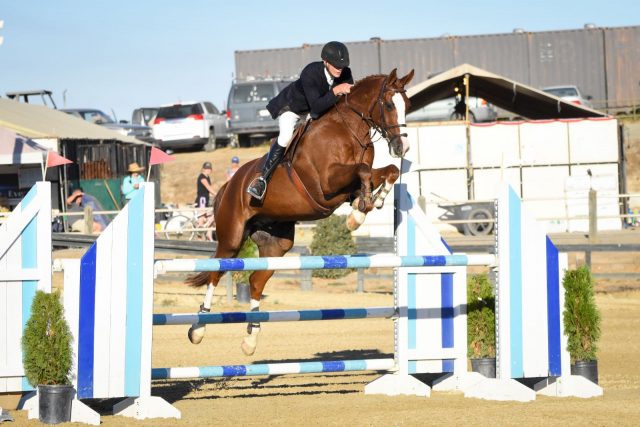 Derek di Grazia rounds out the top three for this three-star class. He and his own Ringwood Justice added four time penalties and one rail for a two-phase score of 56.

Apart from James and Helen, rails were flying for this group. 4th through 6th place all had at least one down, and it increased from there. Looking toward Ian Stark’s cross country course, James and Happenstance have a comfortable 9-point lead, so he has room to play with the gas pedal. The rest of the top five don’t have the same luxury, so these riders should have their eyes on the clock.