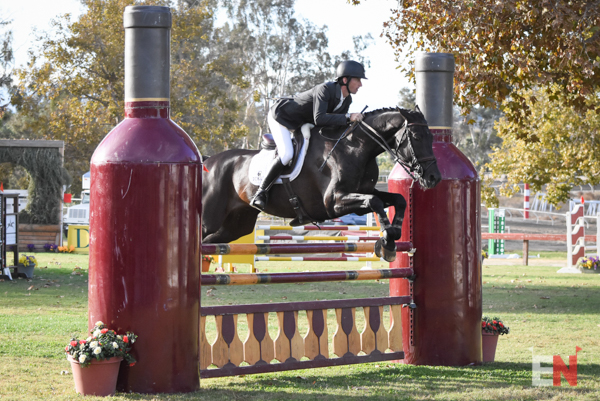 What a weekend it was for James Alliston at Galway Downs! He won the three-star aboard Mary McKee’s Happenstance — his third CCI3* win at this venue (2011 – Jumbo’s Jake, 2012 – Tivoli). They had one rail down and one show jumping time penalty for a finishing result of 48.3.

James got the ride earlier this year, but he’s had a keen eye for “Hap” for as long as he can remember. “I always loved the horse because he’s been California bred, produced and owned,” he said of the 11-year-old Holsteiner by Heraldik son Hunter, bred by Wendy Webster. “I knew the horse when he was young coming through when I first moved to California, and I was like, ‘wow that horse is gorgeous’ because he’s big and black and very impressive.”

“All the way through his career he’s been a prolific winner, so I knew he was that caliber, but he’s made to look really easy by all the riders before like Matt, who did a wonderful job. I wouldn’t say he’s like get on and knock down low 40s dressage, I certainly struggled in the dressage and the show jumping initially just getting the hang of it,” he continued.

The very last in the ring, James had plenty of breathing room “I think sometimes it’s quite nerve wracking when you’re in the lead because anything can happen, you could stop and fall off whatever, so that’s sort of going through your mind sometimes,” he said. “It’s like – don’t do anything crazy, don’t jump the wrong jump. And then I had the first down too, so I was like ‘uh oh this could be bad.’ Then we got going and he jumped really well all the way home.” 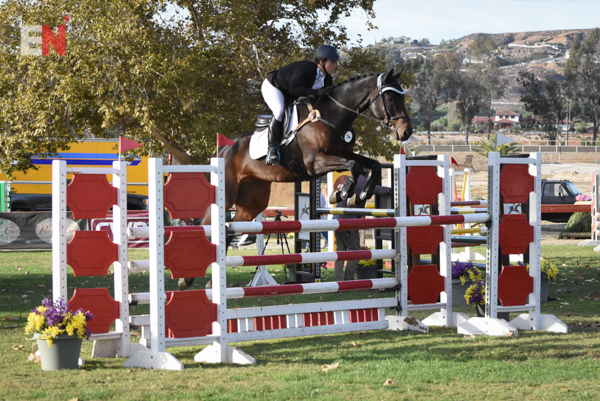 Ellen Doughty-Hume replicated her 2016 result here this weekend, finishing second again with her own Sir Oberon, a 15-year-old Holsteiner/Thoroughbred. This year, they added one rail and two show jumping time penalties to finish on 57.3. – 12.7 points below their CCI3* average finishing result.

“He was jumping great. I came in a little backwards to the triple that was my rail he had, but he was jumping super and he felt great after running yesterday, and he’s ready to have a break. I’m real pleased with the weekend,” Ellen commented. 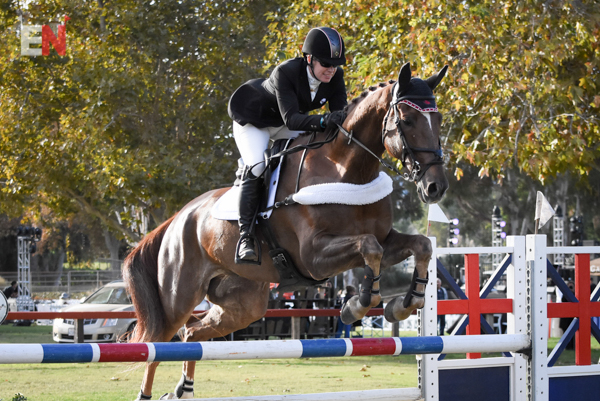 Lisa Marie Fergusson and Honor Me. Photo by Shelby Allen.

Lisa Marie Fergusson has never had a pole at CCI3* level, and her streak stays hot after this weekend with her own Honor Me. The 11-year-old Welsh Sport Horse earned one of only two mistake free rides today, ending the weekend with 60 penalty points.

“Tally was so full of run still after cross country. He just ate it up and showed how clever he is when I got him backwards into the two and put in a three,” she said. “It was a great course I thought it rode really well. It had enough challenge to it that you really had to ride and pay attention. He strategically placed some rails in shade, and you were going light into dark, so you had to pay attention.”

Fourth place belongs to Ecuadorian rider Ronald Zabala-Goetschel and his own Wundermaske who were the only other pair to leave all the poles up in this division. Ronald also hit a major milestone this weekend in securing a qualifying result for the 2018 World Equestrian Games. Congratulations, Ronald! 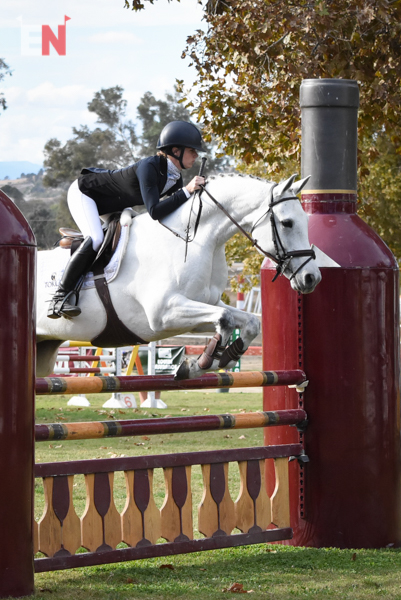 Helen Bouscaren was the lady of the hour in the CCI2* group. She and her own Ebay, an 8-year-old Oldenburg pulled off a win after having one down for a final result of 49.9.

“He was great all weekend,” she smiled. “I was really happy with him and I’m excited for him. He’s not very experienced, but he doesn’t seem to need much experience. He’s smart and brave and careful, so everything I want. Yesterday he was fantastic and came across the finish line fresh which is a nice feeling especially on a warmblood because you really don’t know what you have until you do it.”

Emilee Libby and Jakobi, an 8-year-old Belgian Warmblood owned by Linda Libby, finished second overall with a three-day total of 51.5. 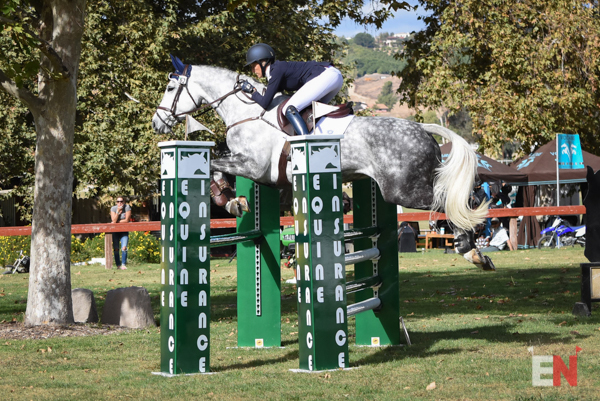 The penultimate fence caught out first- and second-placed Erin Kellerhouse and James Alliston in the CCI*, allowing Bec Braitling to snag the title with Lauren Burnell’s Santana II. This is the 7-year-old Oldenburg’s second one-star title this year, having won the CCI* at Rebecca Farm this summer. They finish on a score of 43.7.

Erin Kellerhouse and her own Woodford Reserve finish just behind with 45 points and only one rail spotting their weekend result. James Alliston and Laura Boyer’s Pandora wrap up in third on a finishing score of 45.6.

Congratulations to all the CCI finishers at Galway Downs!