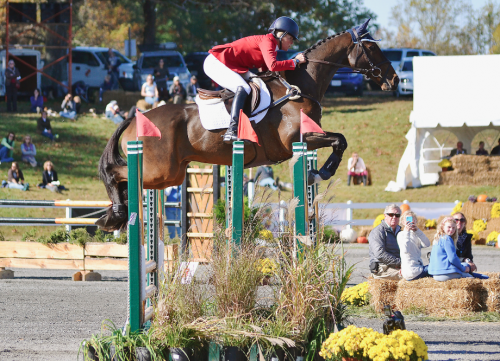 Poles started tumbling down toward the end of the CCI3* show jumping at Fair Hill, giving Jan Byyny the breathing room she needed to clinch the win with Inmidair. JR was jumping out of his skin in warmup, and Jan ultimately blamed the rail they pulled on herself when she rehashed her round in the press conference after the awards ceremony. But she still wins the Dutta Corp Fair Hill International CCI3*, which includes a free roundtrip overseas flight to the international competition of her choice courtesy of Tim Dutta. That’s valued at approximately $20,000; not a bad prize, eh? It’s been a long way back to this point for Jan, who’s overcome so much since the 2010 injury that nearly ended her riding career. There were quite a few tears in the awards ceremony, and the consensus amongst the riders is that no one deserves this more than Jan. I couldn’t agree more. 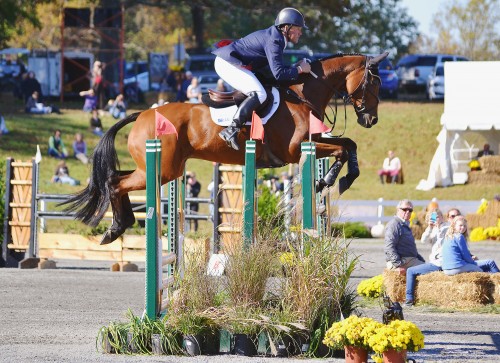 Buck Davidson became the man to beat after he put in a double clear clear show jumping trip with Park Trader, and they ultimately finished in second place. Kobe re-routed to Fair Hill after a freak fall toward the end of the cross-country course at Burghley last month, and he jumped very well today. Conair also jumped beautifully in the warmup, but he took the very first rail on course, which bumped Will Coleman down once spot in the standings to finish in third place. Will said in the press conference that he felt like the horse perhaps jumped a bit casually, and he has plenty of homework to tackle in the offseason. Doug Payne is another rider kicking himself for a rail this afternoon, and he ultimately dropped down one place to finish in fourth place with Crown Talisman. That said, I think the horse grew up immensely this weekend, and Doug has found himself an incredible partner for the future. 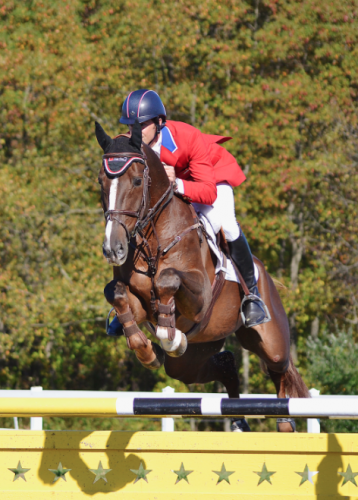 Kim Severson rounds out the top five with Fernhill Fearless, followed by Ellen Doughty and Sir Oberon, who finished the weekend as the highest-placed rider in a first-time three-star appearance. And Tim Bourke is also very deserving of a shout out, as he jumped double clear in both the cross country and show jumping with Luckaun Quality to finish his first three-star on his dressage score in eighth place. We just wrapped up a very emotionally charged press conference, and I have much more to bring you from Fair Hill, including a full press conference report for both the CCI2* and CCI3* riders and lots of video. But first I must retreat to better internet. Thank you to all the officials and volunteers for a fantastic, rain-free weekend at Fair Hill, and thank you to Tim Dutta for providing the title sponsorship for the fall’s premier event. Anyone want to take a guess as to where Jan will fly with her free flight? The world is at her fingertips. Stay tuned for much for more Fair Hill. 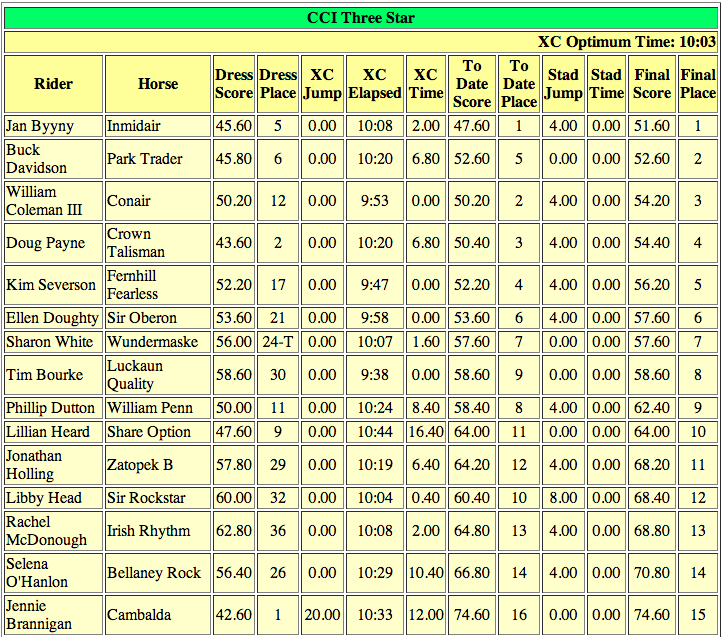