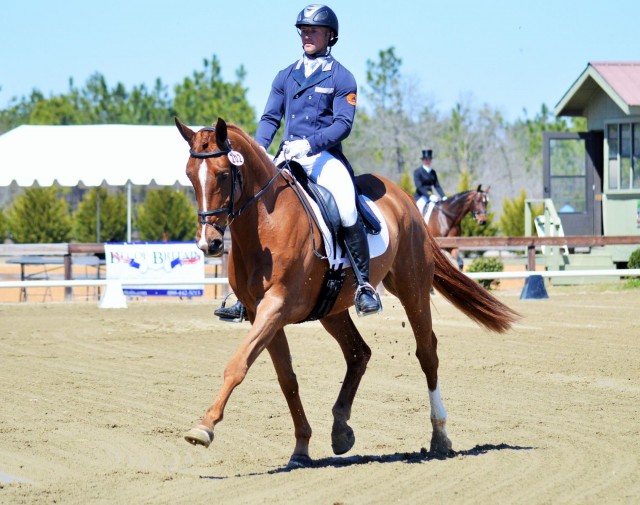 Jan Byyny’s 40.5 from this morning remained the score to beat after the first of two groups rode this afternoon. Several pairs will try to challenge in the final group, including Michael Pollard and Mensa, Buck Davidson and Park Trader, and Will Coleman and Conair. Michael Pollard and Ballingowan Pizazz’s test was an absolute treat to watch. Mango is a gorgeous mover and clearly means business in the sandbox. The pair scored a 42.3 to move into second behind Jan. 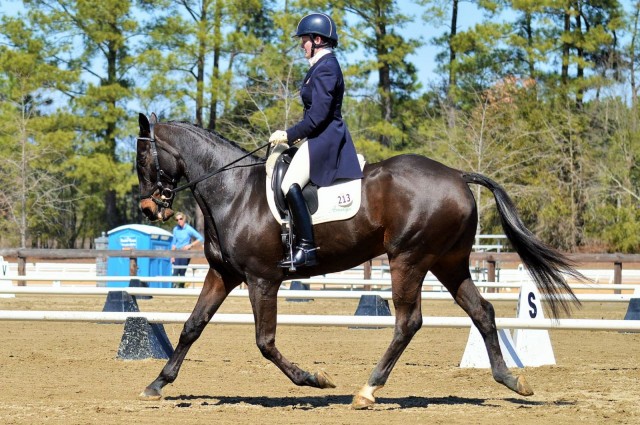 Kim Severson also had a wonderful ride on Fernhill Fearless. Sparky performed a fluid test and really showed off how well he and Kim know each other now. Kim and Sparky scored a 48.0 to move into equal sixth with Buck Davidson and Ballynoe Castle RM. 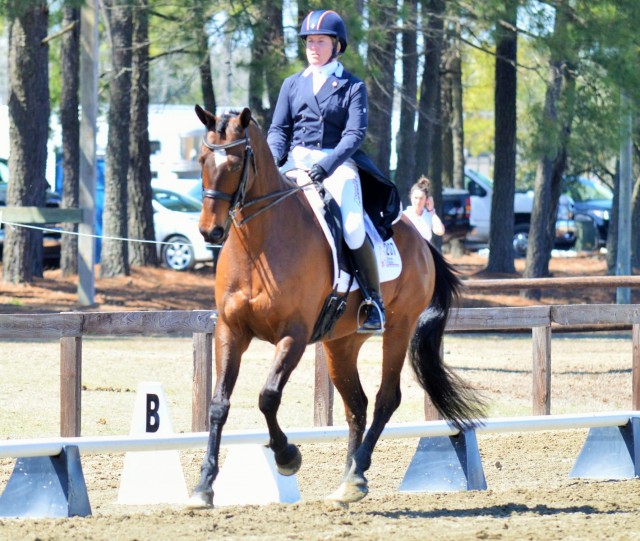 Sharon White’s longtime partner, Rafferty’s Rules, was relaxed and supple today, and their efforts were rewarded with a 48.9 that put them into a tie with Jon Holling and Downtown Harrison for ninth. It’s great to see Rafferty’s Rules out competing; this horse has been one that I love to watch for awhile now. I unfortunately missed Hannah Sue Burnett’s test, but she and Harbour Pilot will go into tenth place on a 49.8. 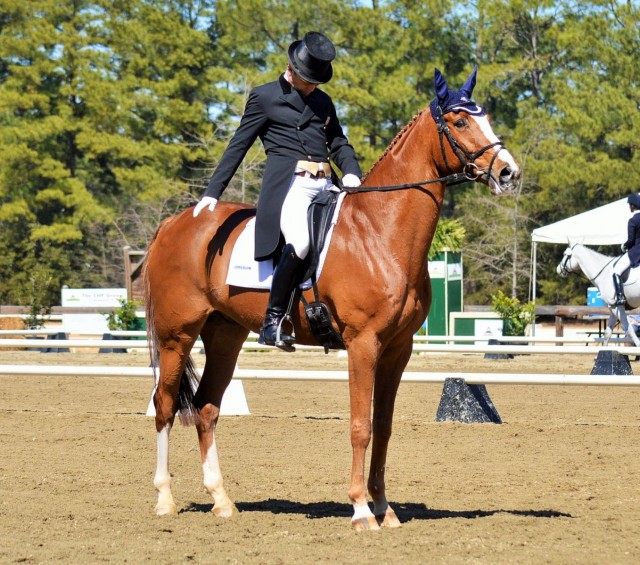 Phillip Dutton and Mr. Medicott rode a steady test, but they received a 50.10 to go into 11th place. Cave, ever the professional, really put his head down and went to work for his test, and I would imagine they will look to climb up the board a bit through the jumping phases. 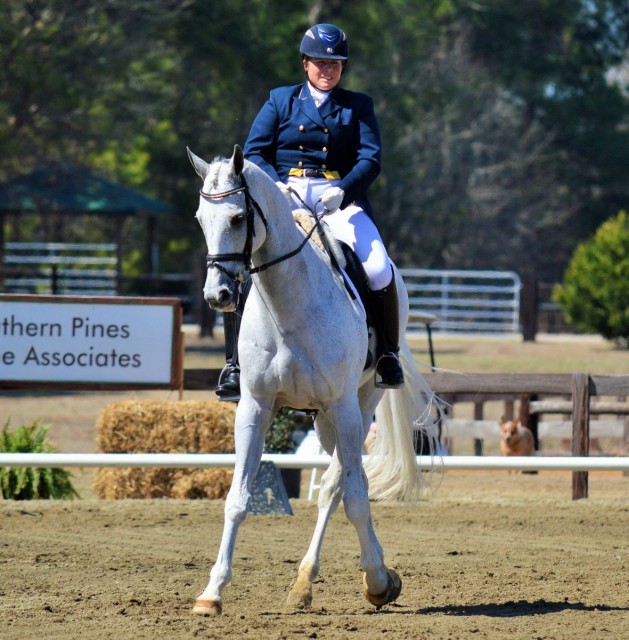 Becky Holder and Can’t Fire Me. Photo by Sally Spickard.

Becky Holder and Can’t Fire Me sit in 16th after their ride, and Marilyn Little with RF Smoke On the Water are behind them tied for 17th with Kevin Keane and Fernhill Flutter. Smoke slipped a bit on the medium canter circle, as did Emily Beshear’s Here’s To You, but otherwise showed some quality moments throughout the test. Allison Springer, sitting in 19th on a 54.0, did a great job keeping a lid on Copycat Chloe, who clearly was ready to run and jump today. We’re excited to see this expressive mare out on cross country this weekend, as she could barely contain her excitement today! 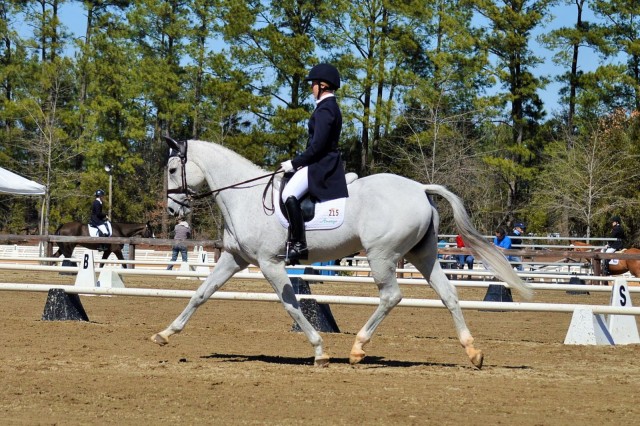 There is still plenty of room for movement on the leaderboard, although it appears that not many have been able to challenge to top of the board quite yet this afternoon. In fact, the scores are beginning to come in for the final group of riders as I write this, so I apologize if anything has changed. As always, though, these events are hardly meant to be a dressage competition, so I would expect quite a few more changes as the weekend progresses. 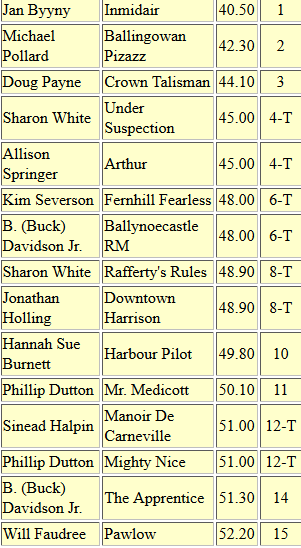 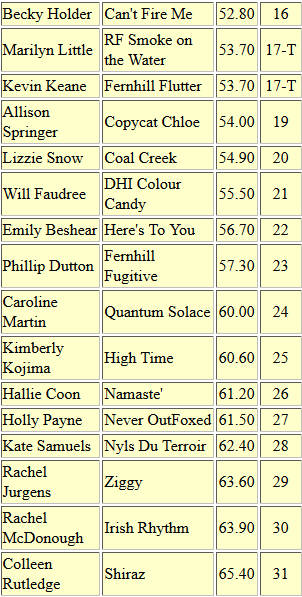