Piggy French & ‘DHI Topper W’ at Blenheim in 2011. The horse has since been campaigned by Paul Burgess and Bubby Upton. Image by ESJ Photo.

Popular British eventer and former European Silver Medallist Piggy French finished the 2015 season in 13th place on the British Eventing leaderboard; however, nature had a different plan in store for the 2016 season.

“I climbed the walls and went nuts when I discovered I was pregnant early in the season,” recalls Piggy, who welcomed baby Max into the world in July with fellow eventer and fiancé Tom March. “But I am of course very lucky to have been blessed with a child.”

Piggy, a member of the British WEG squad in 2010, and former Young Rider team gold medallist and U25 Champion, is still revelling in motherhood, despite an emergency C-section birth that saw her wave goodbye to the 2016 competitive season.

“The break has been healthy for me though, and I am now very excited to be getting fit and working with the horses,” she tells EN. “Max comes with us wherever we go, and while he’s still so young, Tom can even get on with some office work whilst Max is with him. It has been fairly easy to balance so far, as the horses haven’t been so demanding.” 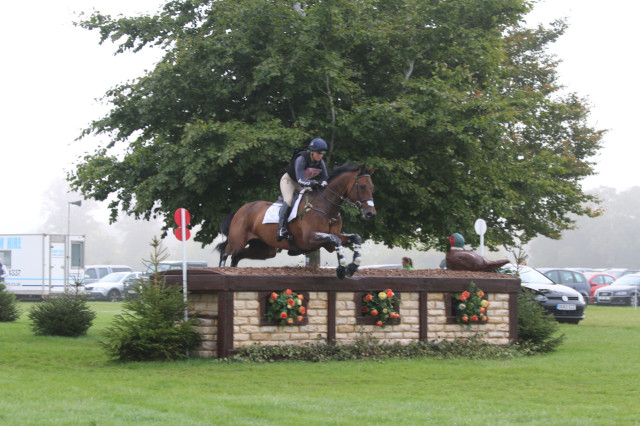 Piggy French and Obos Cooley. The pair was second at Ballendenisk in the two-star International Intermediate section in 2015. Photo by Samantha Clark.

Piggy says that she’s currently riding for three to four hours a day, and riding to regain fitness rather than to keep the horses in training.

“We have a few young advanced horses on the yard that are on the brink for next year. Jump Jet III is a 7 year old Irish Sport Horse gelding owned by Tom that has been campaigned very lightly, and he’s a fantastic horse — I am so glad we have him, as we keep ending up nearly selling him! I am taking the ride back on him from Tom next year.”

The horse, by Captain Clover, finished 13th at the BE Young Horse Championships CCI1* in 2015 with Piggy in the saddle, and this year held his own at Rockingham International Horse Trials, the horse’s first two-star, with Tom at the helm.

“Tom’s such a talented rider,” Piggy says. “I think most of the rides he’s been producing in 2016 will come back to me, but like me, he’s an all or nothing person, and if I am back competing he will be happy to support me and look after the team of owners and sponsors, and continue producing and training the horses at home.” 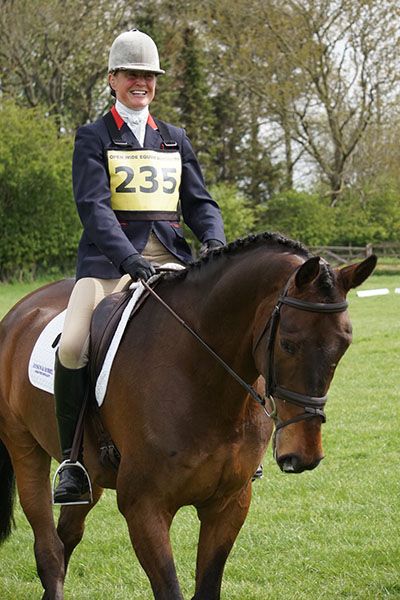 Piggy French and Jump Jet III placed third in the Intermediate at Richmond Horse Trials in 2015. Photo by Tom March.

Piggy says she’s excited about the prospect of competing again.

“I may be riding for three or four hours a day now, but in the season you’re riding all day, and even when you are done riding, the work still isn’t finished! The break has been a good way for me to freshen up, and I can’t thank my team of sponsors and owners enough for staying so supportive and loyal to us. Our owners have been an unbelievable help, and are very good friends,” she adds.

Piggy hasn’t been resting on her laurels however, spending time in 2016 training and teaching eventing pupils, and serenading Michael Jung at Badminton Horse Trials as a roving reporter. We wish her and Tom every success for the 2017 season and congratulate them on the birth of their lovely son.