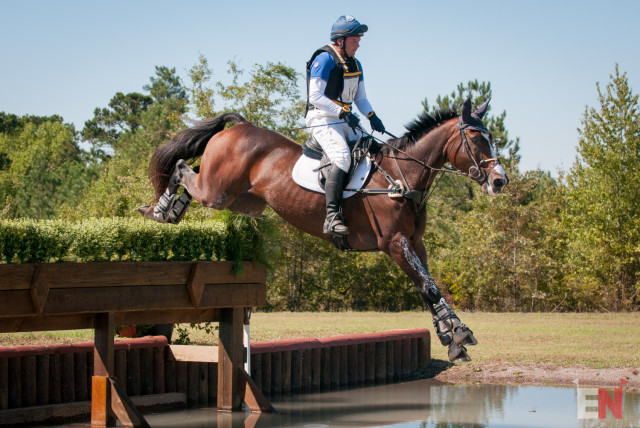 Clayton Fredericks confirmed this morning via a statement on his website that his role as International Technical Advisor for the Canadian Eventing Team will conclude at the end of this month.

Clayton took over the position from David O’Connor in January 2013, when David took over the role as U.S. coach. In his statement, Clayton outlines his intentions to focus on his business, Fredericks Equestrian, and return to the international competition stage — perhaps even representing his native Australia at the 2018 World Equestrian Games.

“With the post games review in full swing it is clear that High Performance Eventing in Canada will require some change to continue and build upon its success. The challenge of a relatively small pool of High Performance riders spread across North America and Europe is one that cannot be underestimated and a rethink of the traditional program and the role of a Head Coach is required, not just to support the riders at the top level of the sport but also to support the development of the up and coming combinations to increase this pool of riders.

“As November ends so does my time with Equestrian Canada and my role as the International Technical Advisor. The last four years have certainly been interesting but years that I would not change. While as a Federation we may not of always had the smoothest lead up to Championships but I am proud of the fact that we always pulled together as a team. Since I took over the role in 2013, Canada has finished a team at every Championship, which is a testament to the grit and determination of everyone involved. Looking forward to the future, I hope this is one trait the Canadians can carry forward.

“While I may be stepping away from this role in an official capacity I still hope to provide support to the Canadian riders who have supported me. I look forward to continuing to coach and help develop an exciting group of Canadian up and coming riders in their ambition to make a Senior team. I am also excited to announce the addition of Canadian Olympian, Colleen Loach to the team at Fredericks Equestrian in the role of Assistant Trainer. Colleen’s skills and experience in developing young horses will be a valuable addition to our team and likewise I hope the support we can offer at Fredericks Equestrian will help Colleen become a regular on future Canadian teams.

“Looking forward to 2017, I am excited with the challenge of re-establishing myself at the top level as a competitor and continuing to develop Fredericks Equestrian International and our sale horse program. With the recent announcement of Tryon as the WEG venue it has added some extra motivation to be qualified and in contention for what will be a ‘home games’ for all involved at Fredericks Equestrian. I have the support of fantastic group of Australians living in North America with an exciting group of young horses and am really looking forward to the future challenge.”

Equestrian Canada has not yet released an official statement.