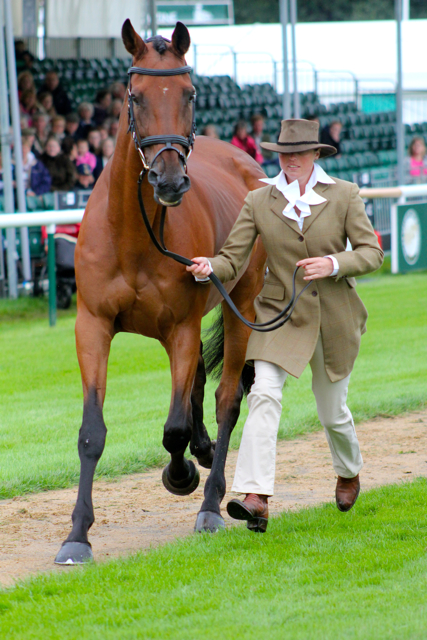 Jeanette Brakewell and Chill Out Bob at Burghley 2012. Photo by Samantha Clark.

In exciting news for UK riders, with the 2017 FEI European Championships at Strzegom looming, eventer Jeanette Brakewell, part of the silver medal-winning British teams at the 2000 and 2004 Olympics, has joined the British Eventing senior selection panel.

“I’ve been on a number of senior teams and understand the process from the rider’s perspective; I’m hoping that my own experiences as a rider make me more approachable as a selector, as selectors are often perceived as being more on the sidelines,” Jeanette says.

“The riders know that I’ve been in their shoes, and I like to think I can gain better feedback about what they’re thinking and what their feelings are. Their performances are what matters of course, but there are often tricky decisions concerning the last few members of a team. Obviously, we are looking to select a gold medal-winning team, and the team will pick itself due to performance.”

‘I will learn lots from the experience myself …’

Jeanette is of course still competing herself, but acknowledges that a current lack of horsepower puts her out of immediate contention for team selection. Her Badminton ride, Let’s Dance, fell at the Rolex Crossing last year, leaving Jeanette with broken ribs, and she says the horse will likely contest some CICs in a few months.

“We may do Burghley at the end of the season,” she tells us. Jeanette’s other promising ride, the rising 10-year-old Forever Red, is on her way to three-star, having contested Blenheim as an 8- and 9-year-old. “We’ll aim her for Bramham CIC or a CCI, depending on fitness. If I do find myself in a position to be in line [for the British team], I’d of course step down from the selection panel,” she says.

“I can enjoy watching the top combinations, including the riders from other nations — France for example are really knocking on the door at the moment — and I will learn lots from the experience. I have got the T-shirt myself, in terms of going through the selection process, so I hope I can add my own experience to the mix, and see as much as I can [in terms of recognising potential horse and rider combinations] when I am out competing.”

The legend, Over To You

One cannot speak to Jeanette without enquiring about the legend that is Over to You, arguably one of the most medalled horses in British eventing history. In addition to winning team silver at the 2000 and 2004 Olympic Games, “Jack” also carried Jeanette to individual silver and team bronze at the 2002 World Equestrian Games in Jerez, as well as four team gold medals at the Europeans (1999, 2001, 2003, 2005).

So, what’s the secret to the 29-year-old equine superstar’s longevity?

“Jack’s still in work, and ‘nannies’ the young horses,” she tells us. “He regularly goes on the horse walker and is schooled, and works every day — that’s the key, working him gently, while he’s still sound. We recently went to Oasby Horse Trials with the novices, and took him along. We parked in a field by the cross country for a graze in-hand, and he was quite enthusiastic, shall we say! Work is the best way to keep him healthy, and he looks really good.”

We wish Jeanette and the new selection team all the best in their new four-year terms, as we move into the four-year Tokyo Olympiad and approach the Europeans in Poland.