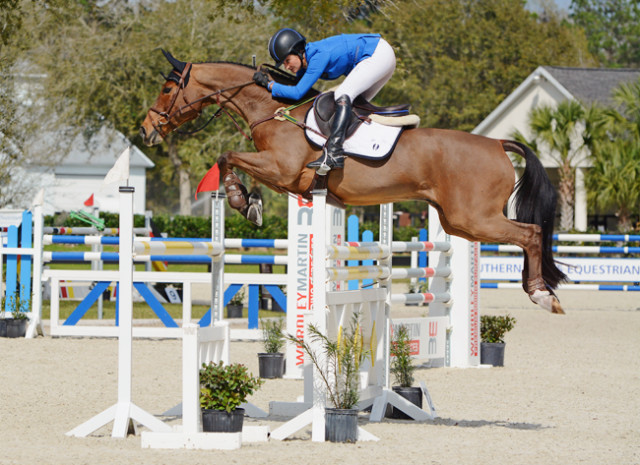 Everyone loves a good comeback story, and Jennie Brannigan and Vamor’s epic journey back to the show ring makes their victory in today’s $15,000 Eventing Prix Invitational at Southern Cross Equestrian that much sweeter.

Vamor, a 2003 Dutch gelding owned by Patricia Brannigan, successfully campaigned through the CIC3* level with Scott Keach before Jennie took over the ride in 2012. But he’s been battling injuries ever since that have sidelined his eventing career since Millbrook two years ago.

Wanting to give “Toad” all the time he needed to fully mend, Jennie turned him out for a year right here at Southern Cross. With his injuries finally healed, her dedicated team of Stephanie Cauffman, Jordan Crabbe, Alexa Lapp, Emma Hartley and Erin Rose have been legging the horse back up in preparation for his return to competition at The Fork.

“He has been hurt for the majority of the time I’ve owned him, so it’s been a long road for me and my mom. I know she’s in California probably crying right now. To have him go well is a nice kickback for her,” Jennie said. “A lot of other people own different horses for me, but she has been my biggest supporter in the world, and, for her, it means a lot that he went here and did well.”

Jennie takes home $3,000 in prize money for clinching the win with Vamor, who jumped clear and delivered the fastest time in the jump off to seal the deal. After all 31 horses and riders jumped the first round, the top 10 came back for an exciting jump off finale, carrying their faults from the first round. 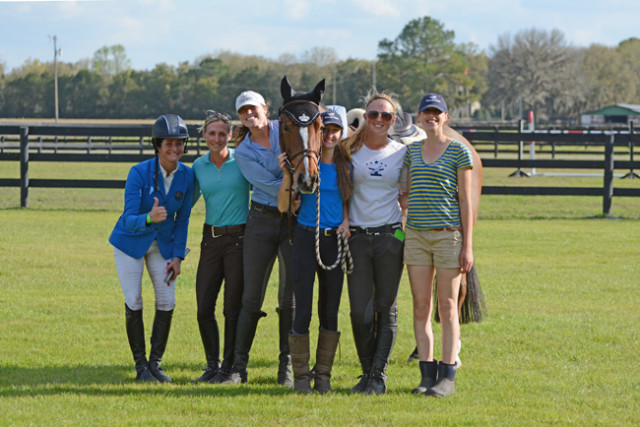 Laine Ashker and Anthony Patch, Michael Pollard and Cyrano, Jennie Brannigan and Vamor, Lynn Symansky and Donner, and Lauren Kieffer and Czechmate all jumped double clear in the first round, carrying forward 0 faults to the jump off.

Kurt Martin and Anna Bella jumped clear with 1 time fault to carry 1 penalty forward, and the following combinations all carried one rail on to the jump: Zach Brandt and Cavallino Cocktail, Lisa Barry and F.I.S. Prince Charming, Ian Roberts and Cooper Cove, and Phillip Dutton and Mr. Medicott.

The top 10 jumped in reverse order of standings. Phillip Dutton had one rail down in the jump off with an exuberant Mr. Medicott, who looked over the moon to be back to competing after spending the last 10 months rehabbing from a tendon injury at Rolex Kentucky.

Ian Roberts and Cooper Cover pulled one rail, while “Peanut” came a little unwound for Lisa Barry after delivering a lovely trip in the first round. Zach Brandt and Cavallino Cocktail, who are targeting Rolex this year, then laid down a flawless clear — the first one of the jump off.

Lauren Kieffer and Czechmate then raised the stakes even higher with a hairpin turn after fence two, a white plank vertical, to shave seconds off the clock, also jumping clear to take the provisional lead and put pressure on the remaining riders.

Lynn Symansky and Donner came out to win it, executing the same hairpin turn after the second fence but sadly had the last fence down. Indeed, the last fence, unlucky number 13, played spoiler all day long, with the skinny plank pole tumbling from its flat cups too many times to count. 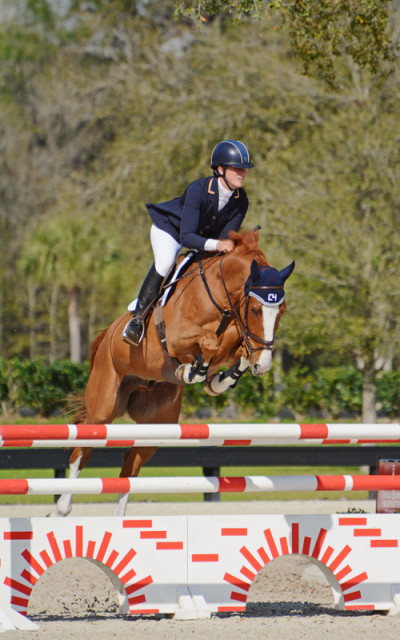 Jennie and Vamor went in next to jump clear with the fastest time so far — a trip that would ultimately clinch the win for them. Michael Pollard and Cyrano pulled one rail as the second to last pair to go.

That put the pressure on Laine Ashker and Anthony Patch as the final pair. After some last-minute advice from her longtime coach Buck Davidson, she delivered a beautiful round — and one of the nicest rollback turns we saw after the second fence. But that pesky last fence fell, giving Jennie the win. 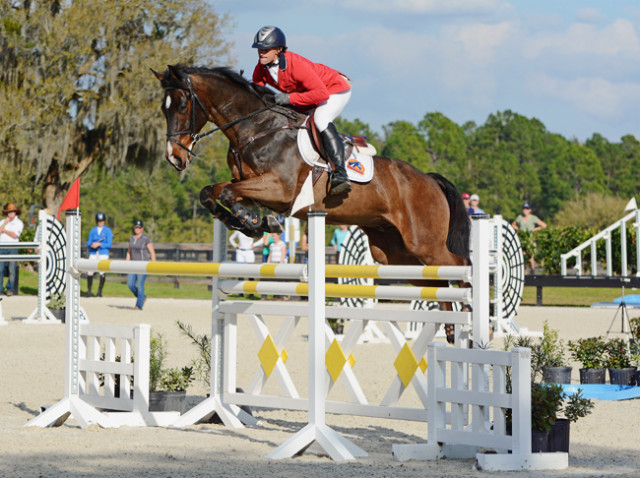 From beginning to end, the second annual $15,000 Eventing Prix Invitational has delighted spectators, riders and owners (and journalists!) alike, with a light breeze cooling the Florida heat just enough to make for perfect spectating conditions. Hundreds of people came out to enjoy the action, with the beautiful ring at Southern Cross providing an excellent backdrop for the occasion.

“We’re just pretty excited about the day and excited everybody liked it,” Max Corcoran said. “We’re thrilled everything went according to plan and are already looking forward to next year. It’s also a special win for the team, since Vamor came over from Europe with Veronica and Henry. Thank you to everyone who came out and supported the event.”

If you missed watching the live stream, full video playback is available below courtesy of What’s Up Media. See below for the final individual results and click here to view the final team scores.