Hawley Bennett recently sent me a link to her latest blog post, which was written by her client, Jenny Duke. This is the story of how a new family was brought into the Hawley Bennett Eventing family. Thank you for sharing this wonderful story, Jenny, and thank you for reading. 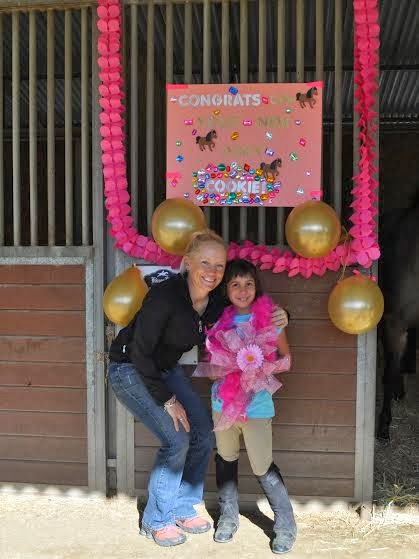 Nothing makes us happier than seeing a little girl realizing her dream!

An act of sheer luck brought Hawley and my daughter, Elise, together. My husband and I were driving along all the horse ranches near Galway Downs in search of a new riding stable for Elise. We saw a lone rider on the side of the road and we asked her if she knew anyone who would teach a 7 year old. She told us that she taught lessons and she gave me her name. Being new to the eventing world, I had no clue who she was. She had to spell her name twice for me! One thing I learned very quickly about Hawley is that she’s very humble and down to earth. She didn’t give us a list of all her achievements, and she didn’t snub us because we didn’t know who she was. She just accepted us and brought us into her world. And what an amazing world she has shown us!! 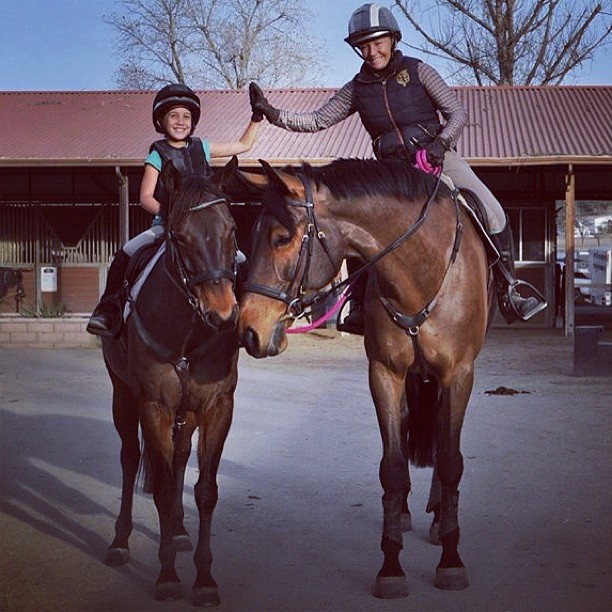 Elise and Hawley out for a ride.

Elise began taking lessons from her shortly after our encounter. Hank (Livingstone) was her lesson horse!  She was such a lucky girl!  Hank was amazing.  He took great care of her. He responded well and was very patient with her. You could see it in his big, beautiful brown eyes that he knew he was carrying precious cargo. Elise liked Hawley right away.  She’s a fantastic instructor and she earned my daughter’s trust and respect immediately. Elise fell in love with the sport and was convinced that she wanted to be a champion eventer, just like Hawley. That’s when our lives changed. 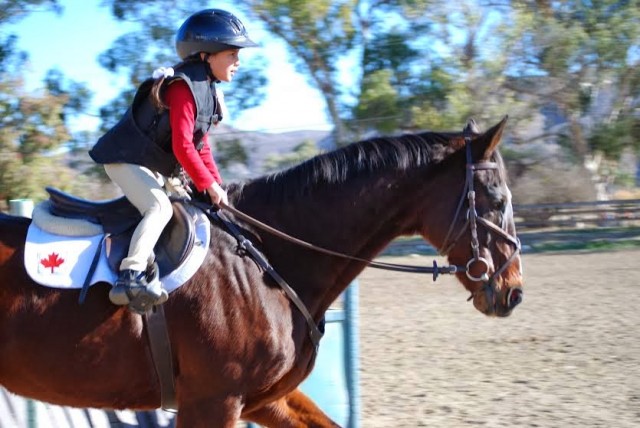 Shortly after that, Hawley told us that she found a great pony for Elise. Hawley told us that the pony was a sweetheart and would take Elise to the next level. I trust Hawley immensely, so I knew that this was the right move. Five days later, there was a beautiful Connemara pony waiting for my daughter. Hawley knew exactly how she wanted to present the pony to Elise. The great thing about Hawley is that she remembers what it’s like to be a little girl in love with horses. All the girls at the stables created a beautiful, blingy sign that said, “Congrats on your new pony, Cookie.”  (Elise wanted to name her dream horse, “Cookie.”)  They decorated the stall with streamers and balloons and put a large pink boa and bow around Cookie’s neck. Hawley brought Elise over to the stall and….SURPRISE!!! It was a day our whole family will never forget. Hawley was right. Cookie is one of the sweetest horses I’ve ever encountered. She’s such a good girl. Elise is in love!!! 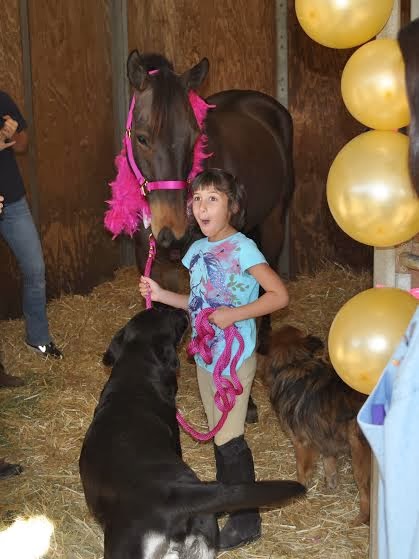 The surprise of a lifetime. Elise meets Cookie for the first time.

All of the girls at HBE (Sarah, Holly, Chloe, Jordan, Ashlyn, Emilee, and the rest of the HBE crew.) went above and beyond to make that day special for Elise. They are dedicated, hard workers and they are always willing to lend a helping hand.They are wonderful role models for my daughter and it’s so much fun when we get to see them ride. They are all so talented! Elise also receives lessons from Sarah, who is wonderful. We spend almost every day at the stables and love every minute of it. We are surrounded by nice people and GORGEOUS horses. We are excited to see what the future holds for our daughter.  We’ll be happy no matter what she decides to do. But as far as Hawley goes, she will always be our friend we found on the side of the road.