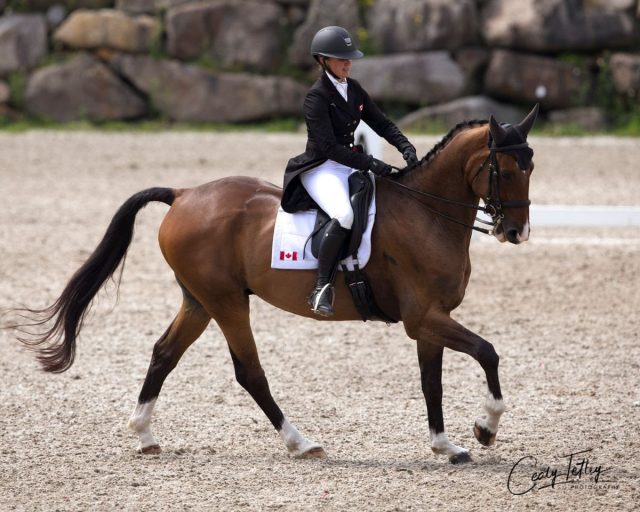 This weekend we turn our attention to the final installation of Bromont’s summer event series, the Bromont CCI-S. Tucked in a charming Quebec village, the feature class is being rightfully lead by Canadian eventer Jessica Phoenix.

With her Pan American Games bronze medal only recently hung on display at home, Jessica is a busy woman this weekend with four entries in the CCI4*-S. Of the four, Watson GS stood out among his stablemates, winning the dressage phase on a score of 32.4. Owned in partnership between Jessica and Kelli Cull, this is the 8-year-old Trakehner’s debut at the level.

Dom Schramm is second with Bolytair B — or more aptly Burghleytair B as the pair is using Bromont as a final prep for the British five-star in two weeks time. Stretching their legs for the first time since Kentucky, the duo earned a 32.7.

Ronald Zabala-Goetschel has locked down third place in his second international start with eventing superstar The Apprentice. A partnership forged this summer, Ronald added the horse to his string this spring, likely with big Tokyo goals on the horizon.

Michael Nolan sits fourth with SBT Good Guy on a score of 33.8. Holly Jacks-Smither and Candy King are fifth on a first phase result of 35.5. 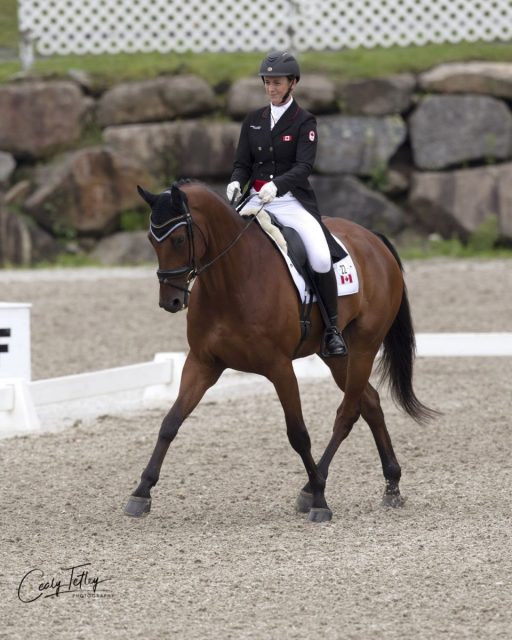 Colleen Loach heads up the CCI3*-S with Peter Barry’s Foreign Quality. Their score of 29.2, the horse’s first sub-30 result at this level, gives the 8-year-old KWPN just a sliver of breathing room going forward to Marc Donovan’s show jumping track.

Jessica Phoenix is second in the class with Humble GS, a 13-year-old Trakehner/Canadian Sport Horse owned by Charlotte Schickedanz, on a score of 31.1.

Melissa Boutin takes third with EWSZ Jalando on a score of 31.3. 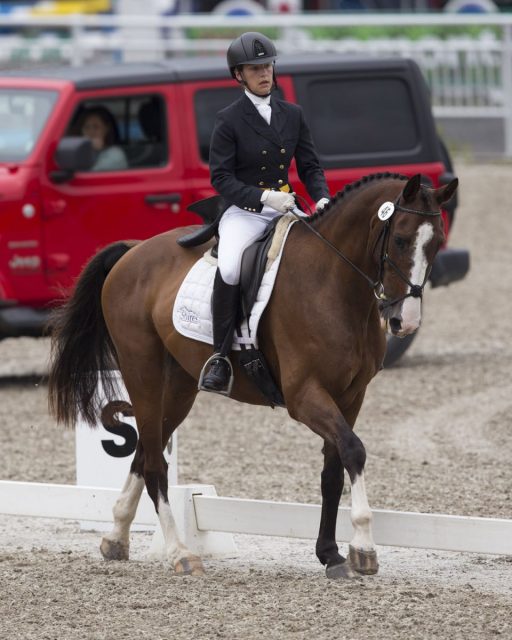 Sloane Pierpont sits at the top of the CCI2*-S with Charles Pierpont’s Indie. She and the 14-year-old Anglo European gelding earned a 31.3. 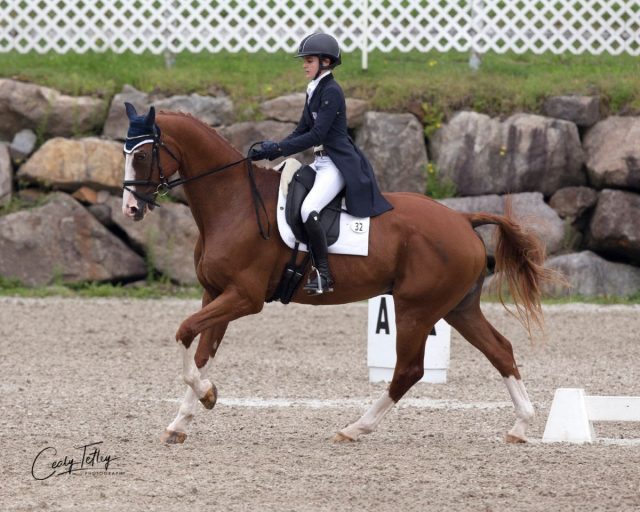 Alexa Gartenberg and her striking Louis M, a 14-year-old Rheinlander, strolled to the lead of the CCI3*-S U25 class with their result of 26.3. 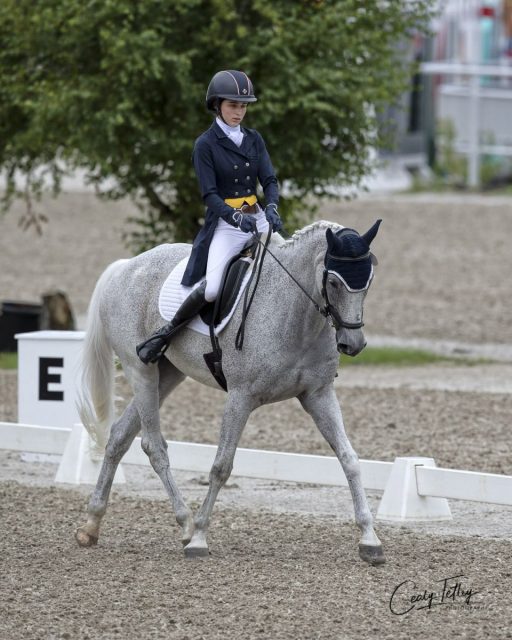 Olivia Hayes piloted Astrana De La Galerna to the top of the CCI2*-S U25 division on a score of 31.6.

Riders will show jump today over a course designed by Marc Donovan, and cross country will be held Sunday.