Life as a working student is anything but glamorous, but there are still countless hard-working individuals knocking at the door for the opportunity to work for one of their idols. We've often wondered what it's like to work for riders such as Phillip Dutton and Hawley Bennett, so we are introducing a new series called "Working Student Diaries." Do you or someone you know work for an upper-level rider? If so, tip me at [email protected] Thank you to Joa Sigsbee for submitting her Working Student Diary, and thank you for reading. 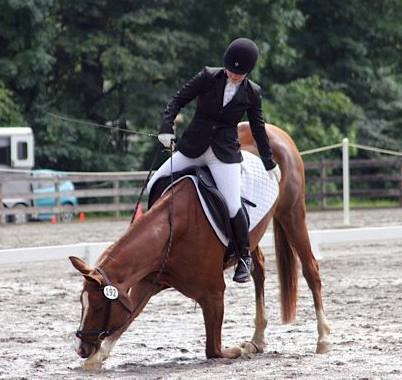 Joa and her horse, Kestral, always take a bow after their dressage tests. Photo by Chris Chakas.

My decision on becoming a working student was not an easy one. I had gone to college for a year, and was planning on going back as a sophomore when, halfway through the summer break, the school lost its accreditation. I was scrambling, trying to figure out what to do. I am originally from upstate New York, and I knew I did not want to stay there and go to community college. It was too late to reapply to other colleges, so I decided to take some time off and focus on applying for working student positions. I talked to many different people, but I knew exactly what type of situation I wanted. I had been a working student throughout middle and high school, and knew what it would entail. I mostly wanted the chance to get to ride and show horses other than my own. I understood it was going to take time to find the right situation and the right one finally came along!

I have been a working student for Colleen Rutledge for almost seven months now and my life is nowhere near where I thought it would be. After doing a trial run for her at the Millbrook Horse Trials I knew she was the one I wanted to work for. She was open and upfront, and I enjoyed her riding and teaching style. Working for her that weekend gave me a good idea of what I’d be getting into and it allowed me to get a good feel of how she runs her operation. 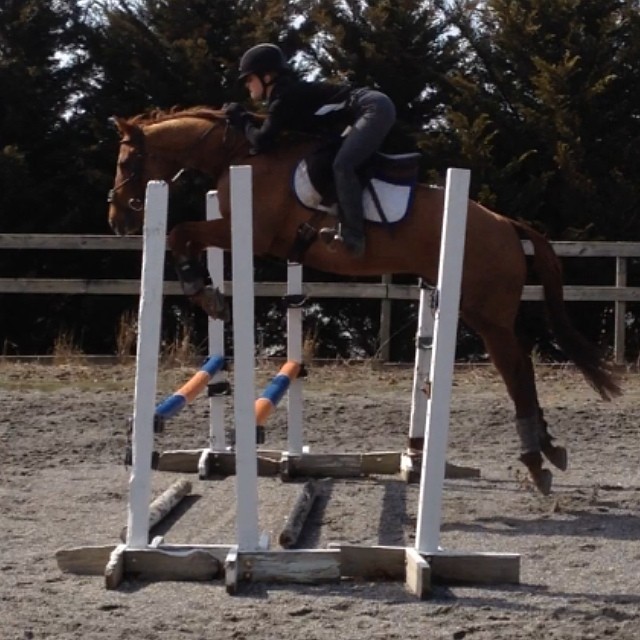 Joa schooling at home for Colleen. Photo by Tajana Pellet.

I was originally a hunter/equitation rider with a cute little devil of a pony that was sadly sold so my family could afford a horse for me. We were planning on buying a horse for me to continue showing in the hunter/equitation ring but those plans quickly changed. Kestrel was the first horse we looked at, and we knew instantly he was the perfect horse for me. He was a nine year old Arabian-Trakehner that had no eventing experience at all but had a personality like no other. We moved up the levels slowly with several bumps and hiccups along the way. When we started running Preliminary in the fall of 2011, he had already surpassed our expectations; we never would have thought (even after being told by some) that he would ever be able to do any solid Prelims. We continued running Prelim successfully, but I wasn’t planning to push for a CCI* or an Intermediate.

I moved out to Colleen’s farm in Maryland in September of last year with Kestrel and was thrown right into working and riding. Kestrel went into boot camp to prepare for the Virginia CCI* that fall, and I went into boot camp to fix my overall position. The difference in Kestrel is amazing! His entire body profile had changed within four months. He was stronger and really starting to push from behind. He always has had a nice trot, but getting him to really sit down was a challenge. Colleen gave me new tools and exercises to do with him and every day I can feel the power more and more. Colleen had me really drop my leg down and had me work on wrapping my leg around the horse. I have to retrain myself every day to open my knee and thigh and allow the horses back to come up under me. I have not had a set trainer or consistent lessons for about three years, so the consistent training went a long way with Kestrel and I. Kestrel flew through the CCI* with ease and all mistakes were my own. After that I had no doubt in my mind that Kestrel would be able to run an Intermediate. 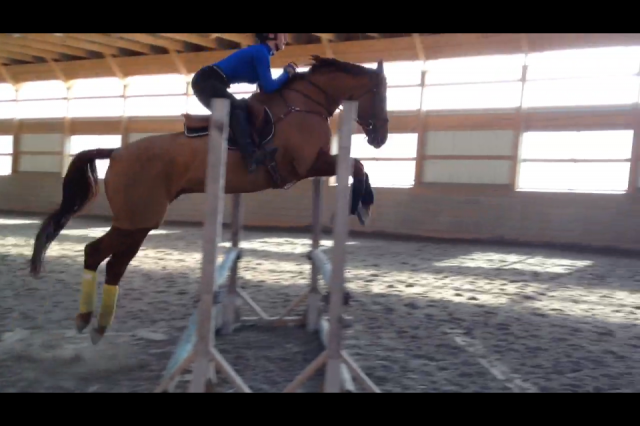 I am lucky enough that Colleen allows me to ride and take lessons on many of her horses, even letting me show two of them when we were in Aiken. Riding so many horses has allowed me to really work and focus on my position, on top of giving me the tools and knowledge to one day have my own successful business. I am also quite fortunate that her mother is a veterinarian and chiropractor and that I am able to work closely with her. I am not only learning how to better my riding and training, but my overall horse care. I frequently learn new stretches I can do for all the horses and I can feel the difference it makes.

Going into this season, Kestrel and I have already completed our first Intermediate, and are aiming for the CIC2* at Fair Hill and Jersey Fresh to qualify us for NAJYRC CCI2*. I never would have thought that Kestrel would be the horse that would take me this far. Being a working student has opened so many doors and given me the confidence and knowledge I need to take the next step in my career. Working with Colleen has opened my eyes and has shown me that as long as you work hard enough, anything is possible!

To keep up with Joa’s riding and working student adventures, visit her blog.