You know you have a horse from Florida when the only hill in Florida is very scary. Back to this in a moment. 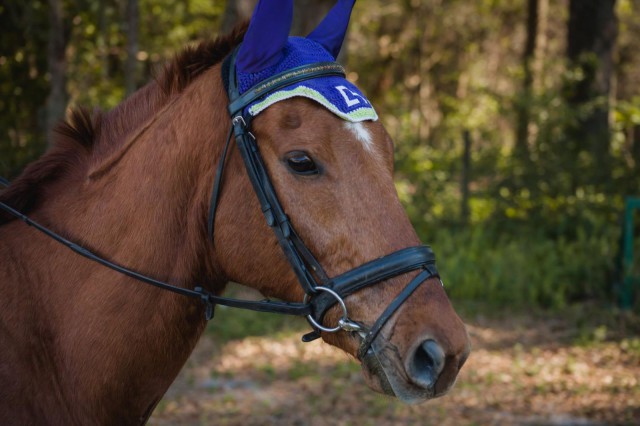 Three months ago today was Sven’s first show ever. We headed out to Longwood on a cold, damp morning to compete in his first show ever. We honestly had no clue how an OTTB who had been off the farm was going to act. So we thought the worst when he got off the trailer as high as a kite. But he calmed down in the first 15 minutes of being off the trailer which I thought was amazing!

We had a dressage test which was definitely not the prettiest. At this point he was my second string horse. He was also a sale horse at this point because my should have been RRP horse was going to be mine, but she passed away a week later.

Anyway after dressage we headed out to cross country and having schooled once we did great! We had a stop at a downhill skinny, but everyone did so I am not going to ever blame him for that. Our show jumping was amazing aside from a rail at the end of the course which was totally my fault. All in all we had a great show and it was something huge to build on for the future and for the Retired Racehorse Project. 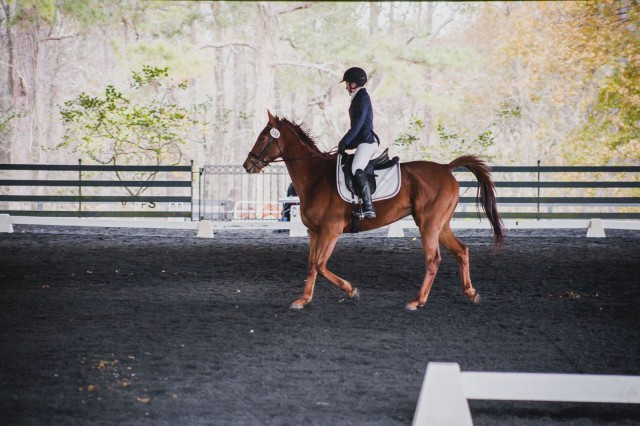 About a month later we decided to head to the Run for the Ribbons Thoroughbred show which has a ring specially designed for OTTB’s only. I can’t begin to say how amazing it is to have someone offer some amazing shows just to showcase these horses.

They have a ring open for other horses as well too so you can take more then just these one horses. We took Sven to the show to do some basic 18″ courses and just have another good experience. Boy did he exceed expectations! We ended up coming home with Grand Champion in the 18″ hunters and the judge said he was improving beautifully with every round! I had so many compliments on how he is going to be an amazing horse and how I was putting a great foundation on him. 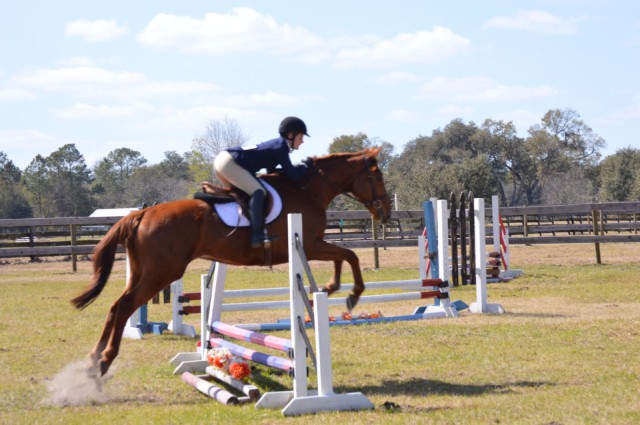 Our next adventure begins roughly a month later. I seem to be on a pattern on a once a month outing. This time we headed to Hilda Donahue’s base at Oakmore Equestrian Center in Apopka, FL. It was one of the best trips I have taken in my life. On day 1 we took a dressage lesson.

There were two huge things stressed as we were taking this lesson. I needed to learn to keep my eyes up and we needed to work on keeping him steady in the bridle.  We had an amazing first lesson and Hilda actually got on him so she could see what he had so far. She helped me correct a few changes and he was 10 times better then when we began. This was also the first time she told me not to sell him. 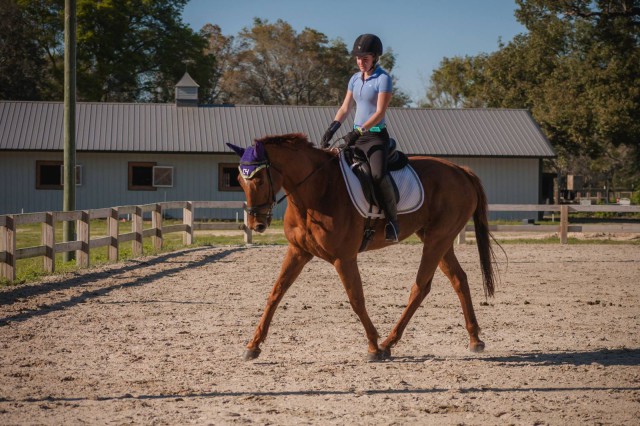 The second day we got to do his favorite part, JUMP! Words can’t begin to describe how much this horse loves jumping. We started warming up and went soaring over the ground poles. By soaring, I mean we were just jumping ground poles by 2′ for the fun of it.

After that we started warming up over small fences in a small back ring. I think Hilda was very surprised on how amazing he would jump. We worked a lot on moving forward towards fences and not backing off. After this lesson is when Hilda told me to never sell this horse for less than 30k. I might have an UL horse on my hands! 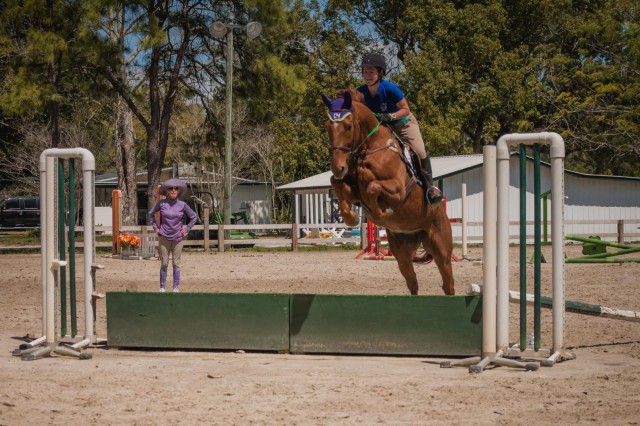 Back to the Floridians and the hills. This weekend we headed out for one crazy weekend. It began crazy, ended crazy, insanity was in the middle! We began the weekend by the car I was driving back from work breaking down. Nothing like a 16 year old girl stranded on the side of the road waiting for her mom to come get her.

The worst part was that out of eight people who drove past, only two stopped … losing faith in humanity. We picked up the other green horse I am riding for a client and we were finally on our way. At 6:00 P.M. But it is what it is with horses for sure.

We finally get to the Florida Horse Park around 8:30 and get everyone settled in with hay in their stalls and unpacked. It is now 9 o’clock at night and because I am the first ride of the day we get to have fun and walk cross country in the dark. Thank you so much to fellow RRP competitor Linnea Boyce for sending me the course map! 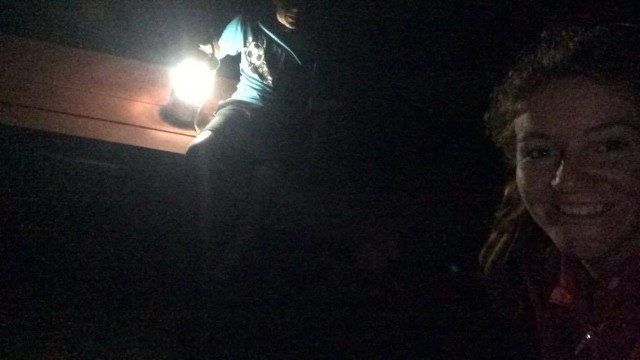 We finally got the course done and were completely in bed by midnight. I must say I have the best brother and mother because they fed and got my boys groomed before they even woke me up! We headed out to walk cross country one more time just to make sure we didn’t miss anything when it was pitch black. Got back to the barn for the whirlwind day to start.

It is loads of fun to have six rides in two hours but thank you to Partners of the Park for doing your best to accommodate me! I was finally on Sven for a 8 a.m. dressage ride at 7:30 which was when I wanted to be on. His dressage score does not completely reflect how his test was ridden but for a horse under saddle for 3 months he was beyond amazing. We spooked at the banners behind the judges box, but we were mostly relaxed through the whole entire test. 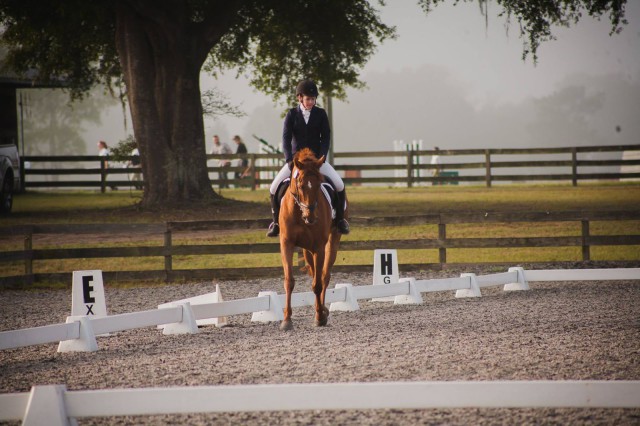 We quickly got back to the barn to change to the other baby horse who had an amazing clear round over a stadium course, having never jumped a full course before. Then we headed straight to the dressage ring with him and we performed a great test for his first show ever!

We tacked Sven back up and we had a rather baby moment that you can only laugh at in the Stadium ring. Right now we trot the first fence because he is still learning. Well this particular first fence had very scary, thoroughbred eating, American flag fillers to the sides of the fences and he was scared of them so we had a stop there.

I can’t blame him, he is a baby horse, this is his fourth time off property. He doesn’t see much other than what I have at home. We ended up delivering an amazing round after the first fence. He went easily over it upon the second approach. 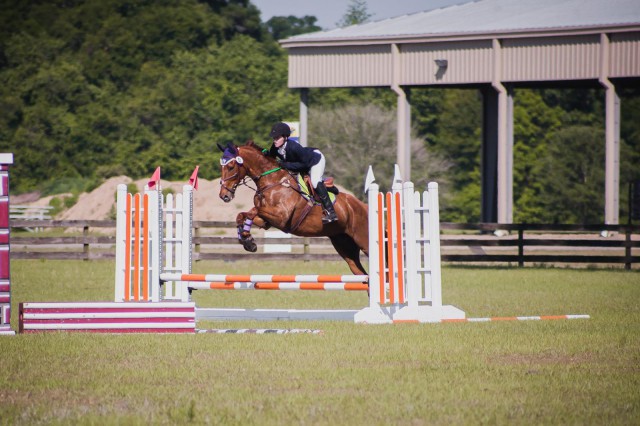 After a great round and watching a fellow RRP competitor show jump we headed off to cross country!!! We warmed up over the houses and everything absolutely perfect! Here are a few pictures from warm up: 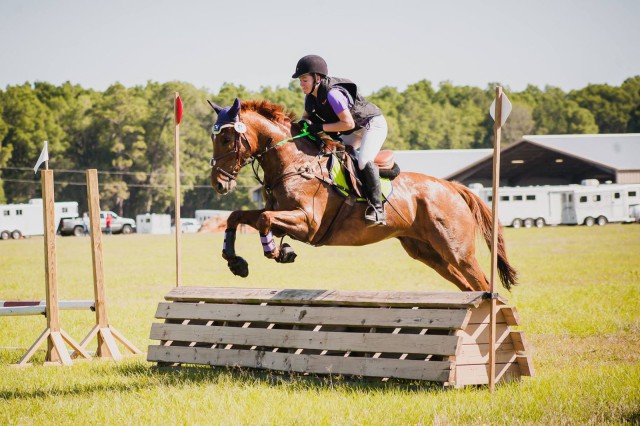 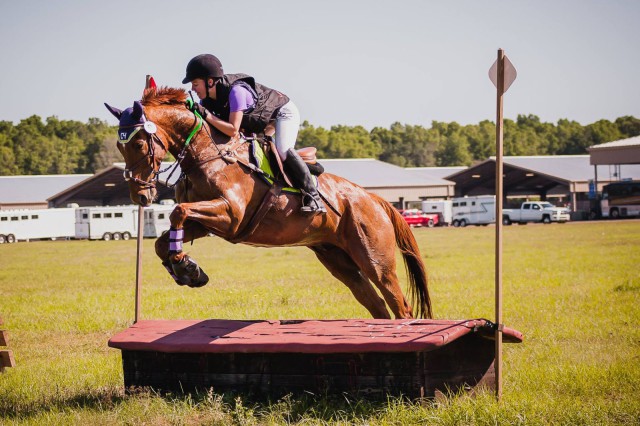 Our cross country course started out amazing. I was going to let him go BN speeds even though it was set for 300 mpm because he won’t be here long. We went calmly out of the start box and great over the first fence. We galloped on to the second and third which he jumped absolutely amazing.

We jumped the fourth one great and I asked him to come back and he started to but then he saw the dreaded monster cliff a.k.a the hill that nicely sloped into a very shallow pit. I felt him hop and when he hops to stop like he did that means there is a spin coming because he has scared. This happened once before at a roll top.

I prepped myself for the spin to the left which he always does. And then he spun right.. Unfortunately we had an “unfortunate parting of ways” however we technically ended up retiring on course since it wasn’t in relation to a jump. However the guy following me on the golf cart was so insistent I go to the EMT even though I landed on my butt we started walking that way instead of getting on and continuing on course. We walked down the hill before we walked back that way though. 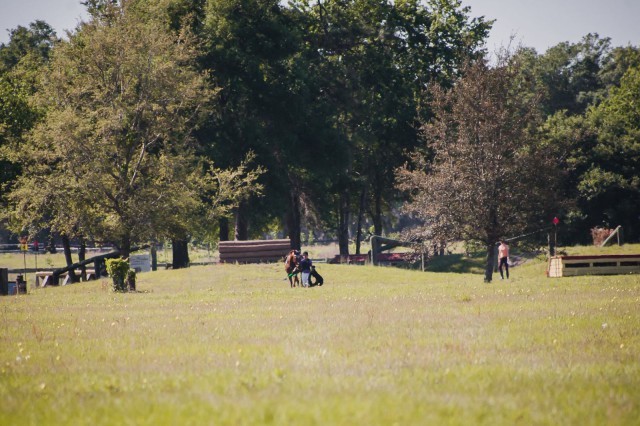 I talked to mom after the fact as I was scrolling through the pictures she took and I came across a picture she took of me. I asked her why she took it and there were two reasons. The first she said this. “I wasn’t sure why I hadn’t seen you come out and I wasn’t really sure why you were walking down the hill so slowly. Then I used my lens to zoom in and realized that you were slowly walking back to the finish. Not on the horse.”

The second reason she took the pic? Because she thought it would be good for the blog post. I am trying to keep this as real as possible. Be prepared for the successes and failures that come along with horses.

I also got to meet fellow competitor Linnea Boyce and her mare, Clowie! We were actually going to get Clowie and ended up getting Sven instead! Thank you for the wird hair standing up Clowie! 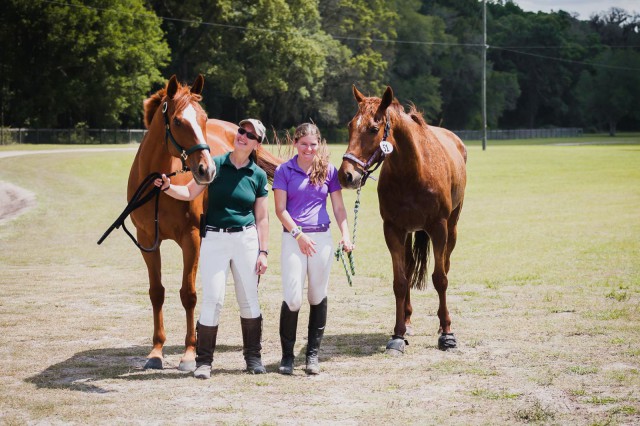 One more thing to add before I close out part two of our journey. On the way home I was reading a post on Eventing Nation — a post about dandelions. Leslie, this is exactly what I needed to read today. Jim Wofford, thank you for these amazing words. So I believe I added a dandelion to the Florida Horse Park today.

But with a Dandelion comes the Wish Flower. So we learn from our mistakes and begin something amazing! When I see a dandelion there, I will know one of the is mine. When I see a wish flower, that is even more mine. Dreams, goals, aspirations!