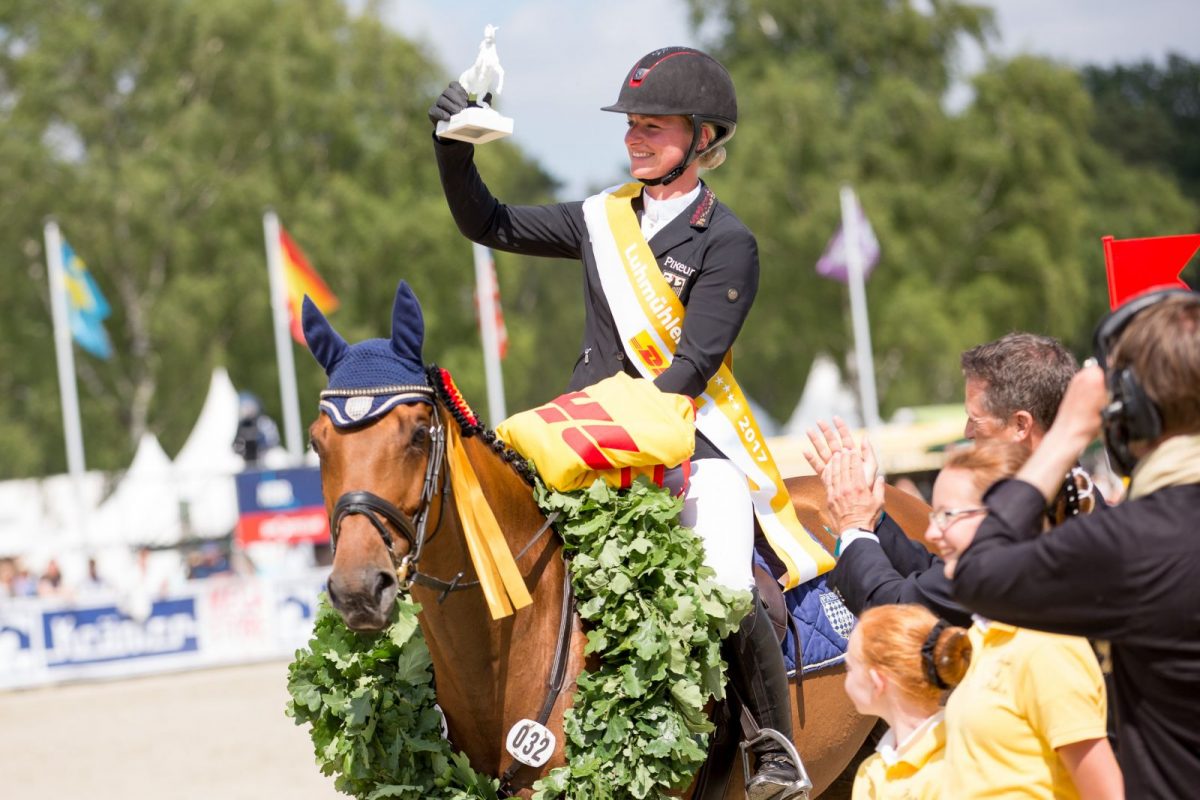 We’ll circle back around to winner Julia Krajewski in a minute — let’s start with a great big congrats to our American contingent here at Luhmühlen! What a day for U.S. eventing, with four of our own finishing in the top 15 in the German CCI4*.

Marilyn Little and RF Scandalous went clear inside the time to move from ninth after cross country into fourth place. Which would be a fantastic result for any horse, but it’s especially exciting for “Kitty” as Luhmühlen was her first four-star attempt.

“She was absolutely amazing,” Marilyn says. “I do this ring for a living, but we don’t do with our show jumpers what these horses had to do yesterday. I’m so proud of her and the effort she’s put in this weekend, and she’s just such a special horse. I’m really lucky to have the ride on her.” 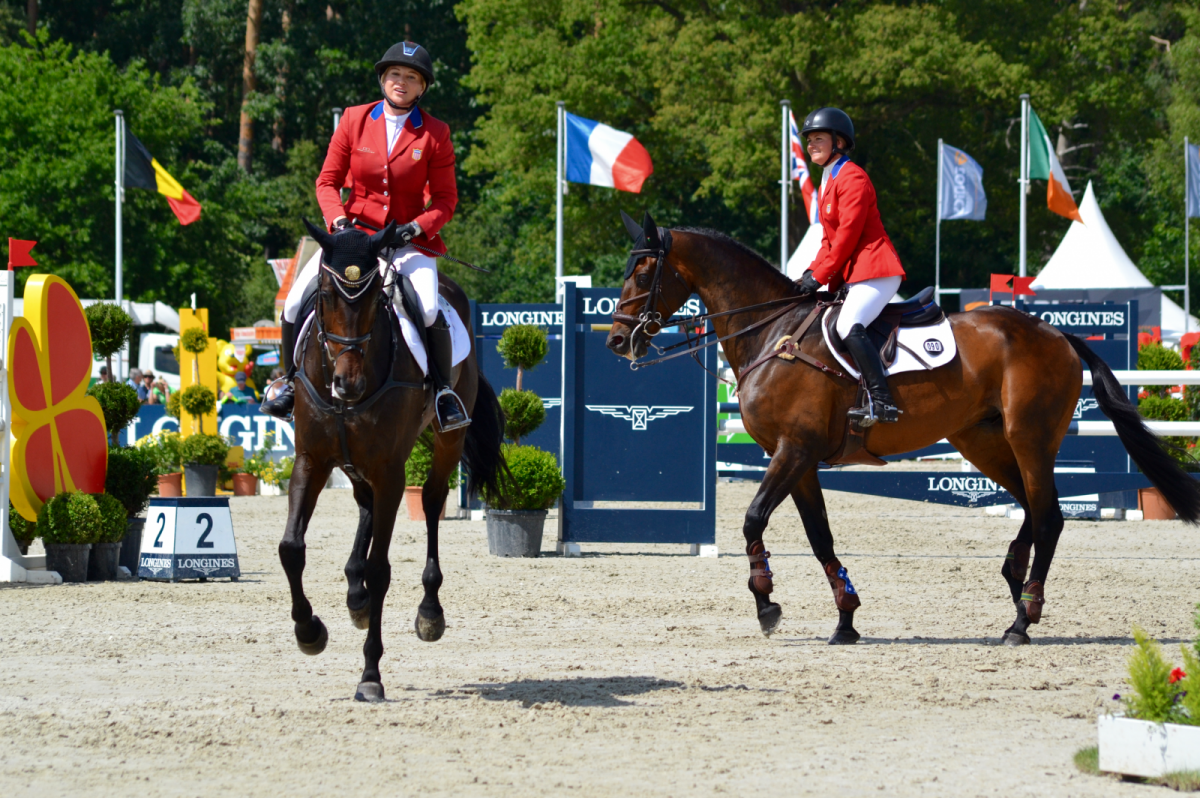 Hannah Sue Burnett heading into the ring as Marilyn Little completes her round. Photo by Leslie Wylie.

Kitty will have some time off, then the plan is to spend the summer continuing to chip away at their dressage and show jumping. They scored a 38 in the dressage this week, which is plenty competitive against world-class competition, but Marilyn thinks the mare has the potential to get that number into the low 30s.

Asked whether she thinks Kitty is capable of winning a four-star, Marilyn says, “That is the goal. You have to dream big, but with a horse like this you can dream big. If she’s not (a potential four-star winner), I don’t know what what one would be.” 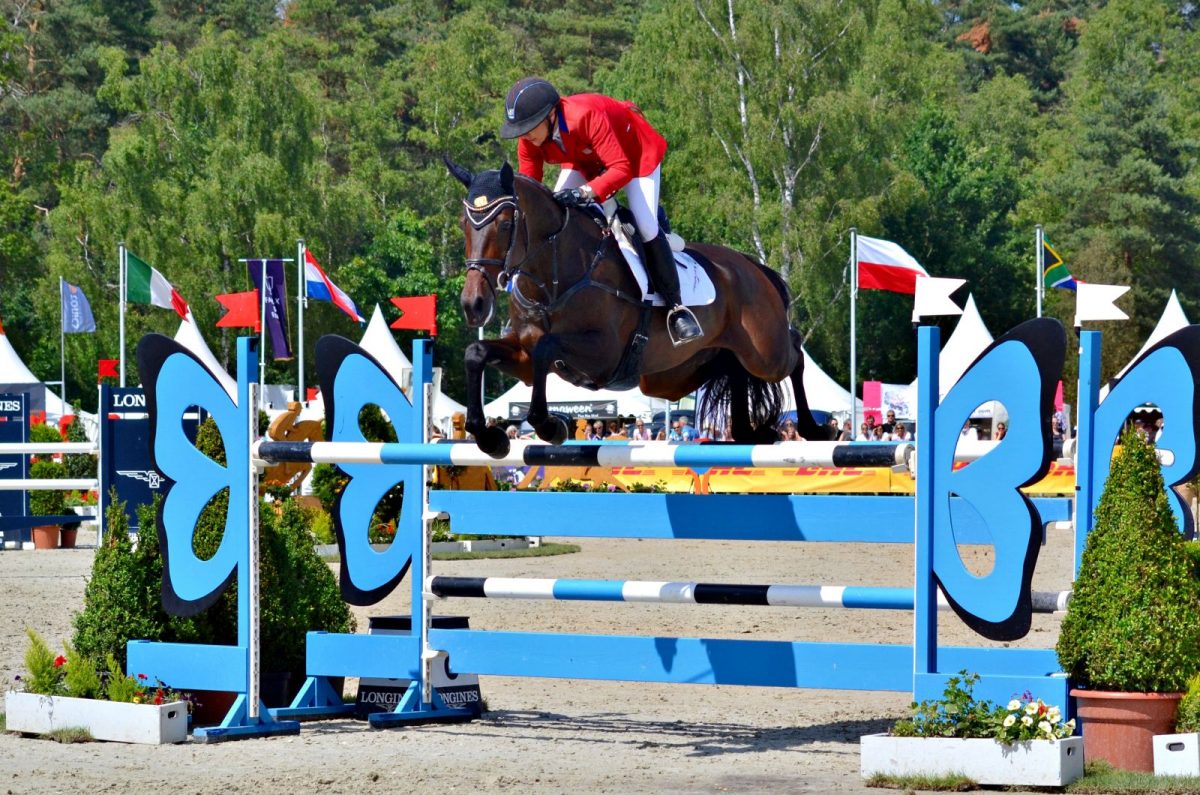 A few more photos courtesy of EN reader Ginny Nayden, who was spectating at Luhmühlen and heading up the USA cheer squad: 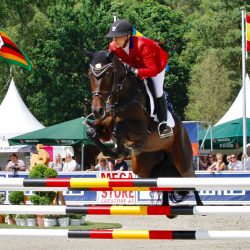 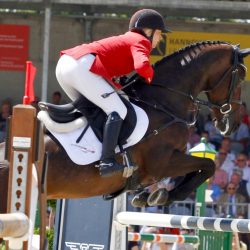 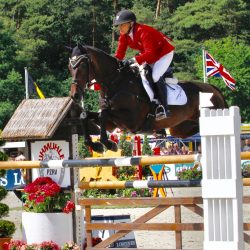 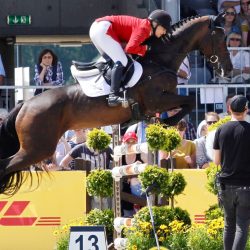 Hannah Sue Burnett and Harbour Pilot had a rail and one time penalty but ultimately it came out in the wash, as she held fast to her eighth place overnight position.

Walking today’s course — which, a couple riders observed, looked even bigger than usual — Hannah hoped ‘William’ had enough gas left in the tank to pull it off after their speedy cross country round yesterday. Show jumping is his weakest phase, but you wouldn’t have known it watching him today.

“I was so happy with him,” Hannah says. “He just is all heart, he tries so hard. One rail, I’m really pleased with him.”

Hannah is staying in England for the summer and will aim William for the CIC potentially at Millstreet, then the Event Rider Masters series leg at Blenheim. 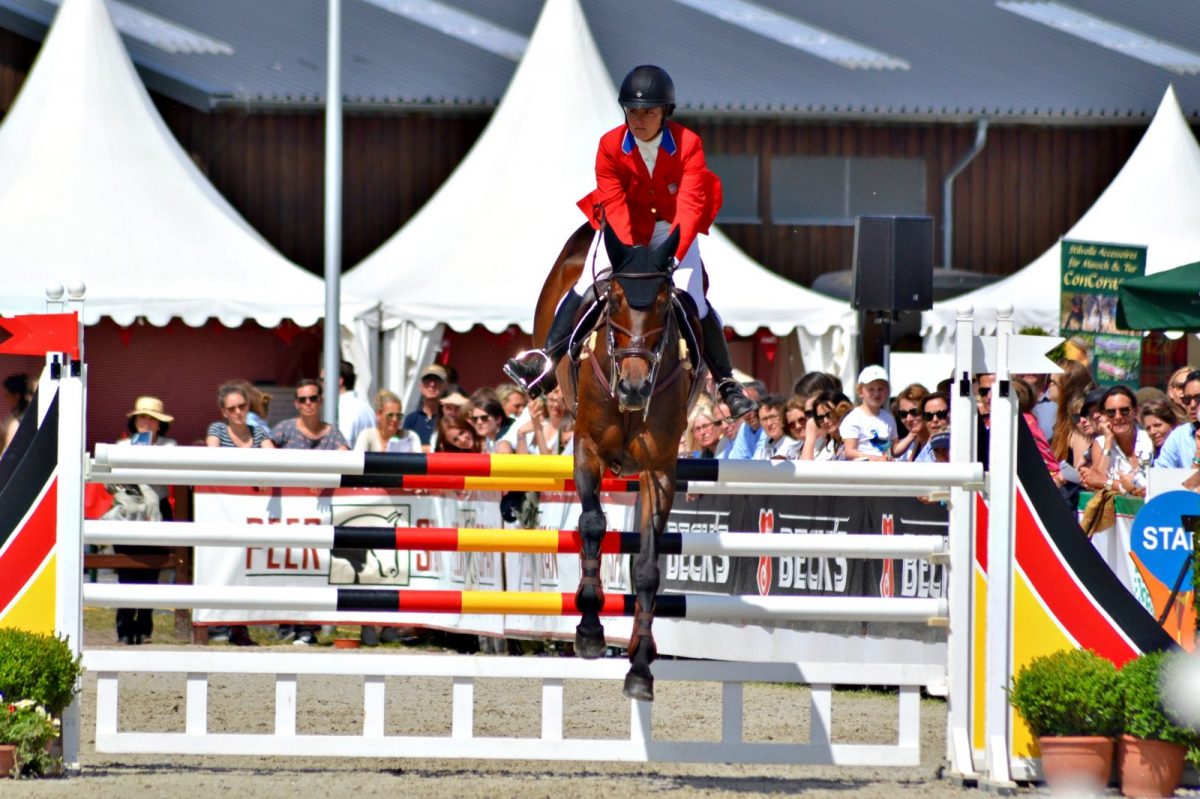 A couple more from Ginny: 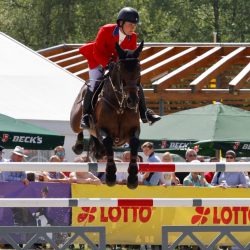 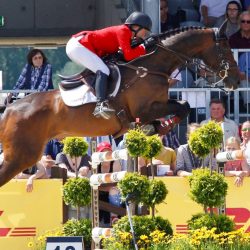 Will Coleman and Obos O’Reilly had two rails but stayed in 12th.

“He really jumped well,” he says. “He was hanging up in the air a little bit and I just never really got on a good, forward rhythm in there, and it wasn’t our day. But I’m really proud of him. He came here off a less-than-stellar run at Kentucky, and we weren’t able to do maybe as much preparation as we wanted, but he just has so much heart.”

Will notes that Luhmühlen has been a team effort. “I’m proud of all the girls, my wife Katie was so instrumental in getting him here, and all of our owners having the faith in us to send us over means a lot,” he says.

“Oboe” will enjoy a well-earned break when he gets back to the States, and they’ll do some CICs this fall, with an eye on the 2018 World Equestrian Games: “He’ll just try to be strong for next year and come out as a horse maybe that can try to contend for a Tryon spot.” 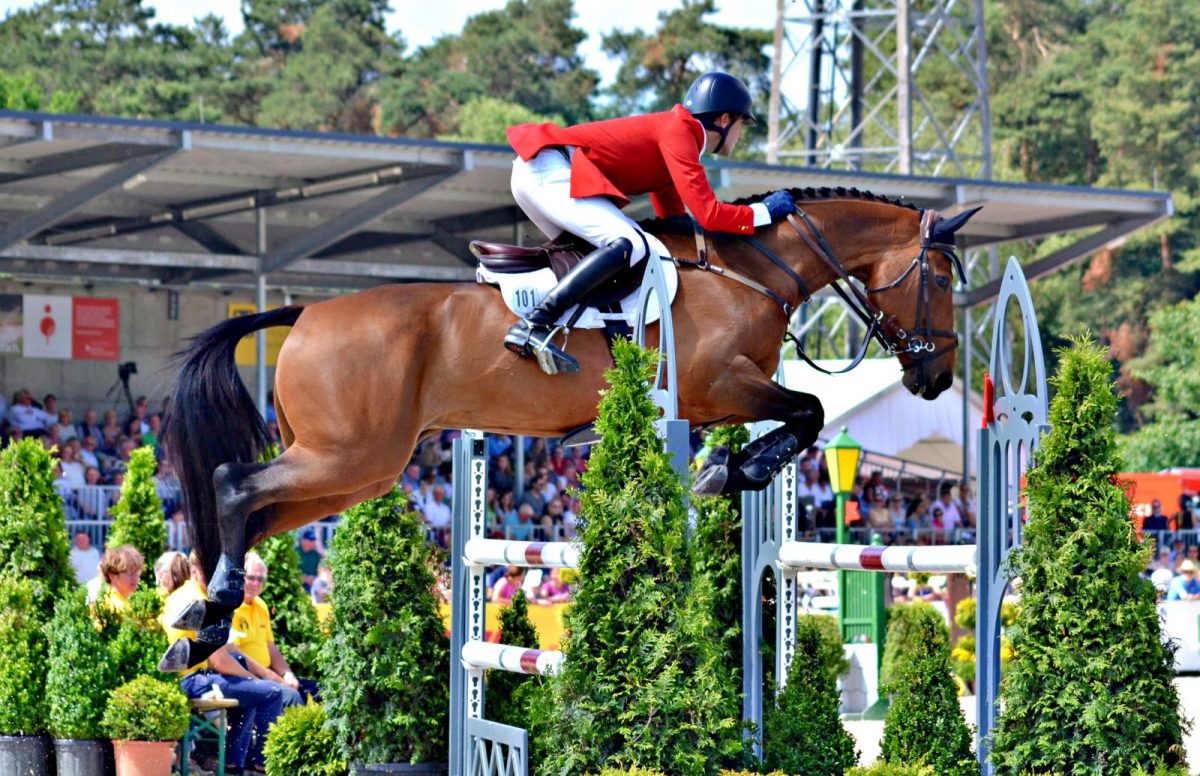 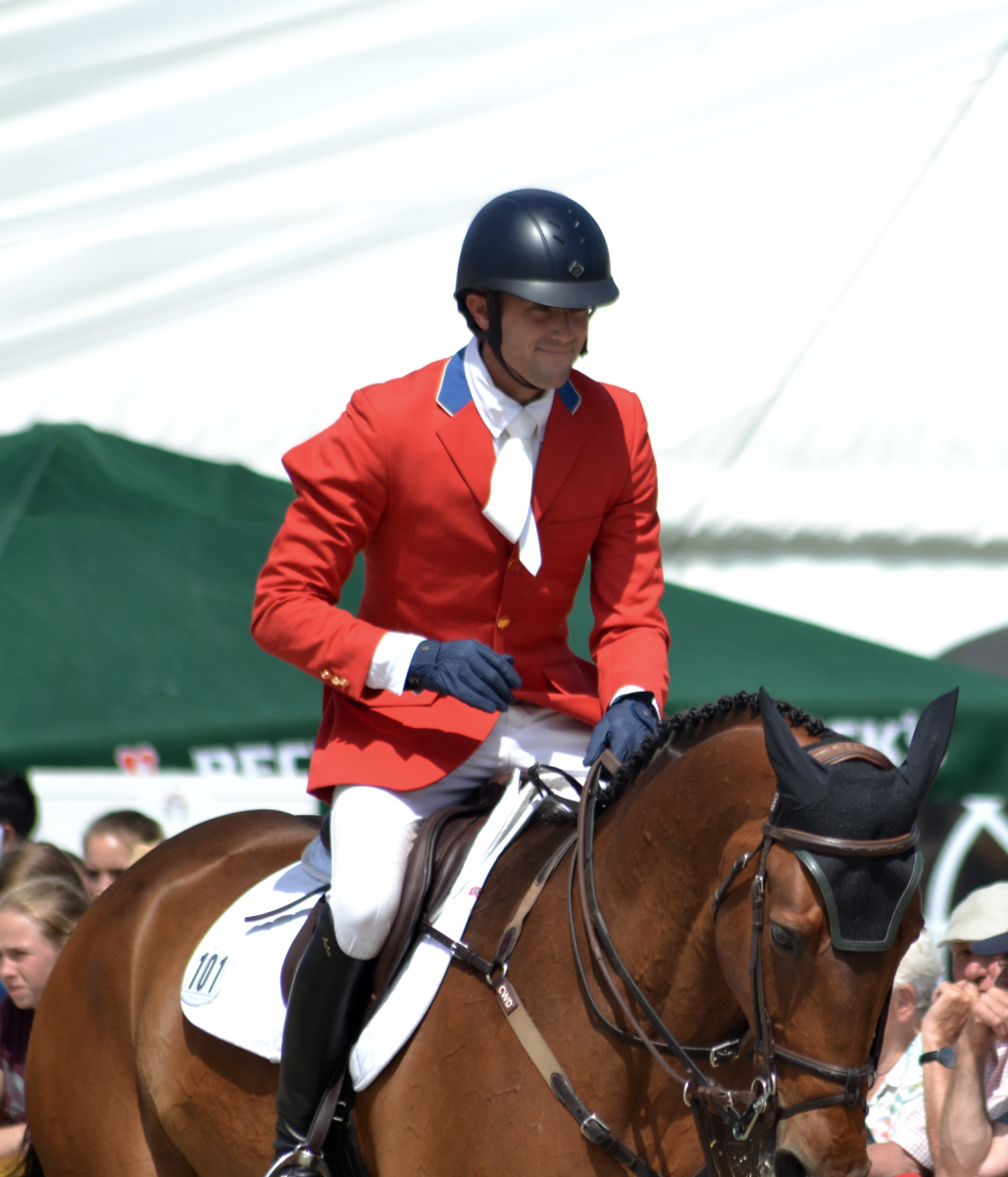 Sharon White and Cooley On Show collected one rail and two time penalties to finish in 13th. I missed chatting with Sharon, but she came out of the ring with a smile and is no doubt over the moon with her freshly-minted four-star ride! 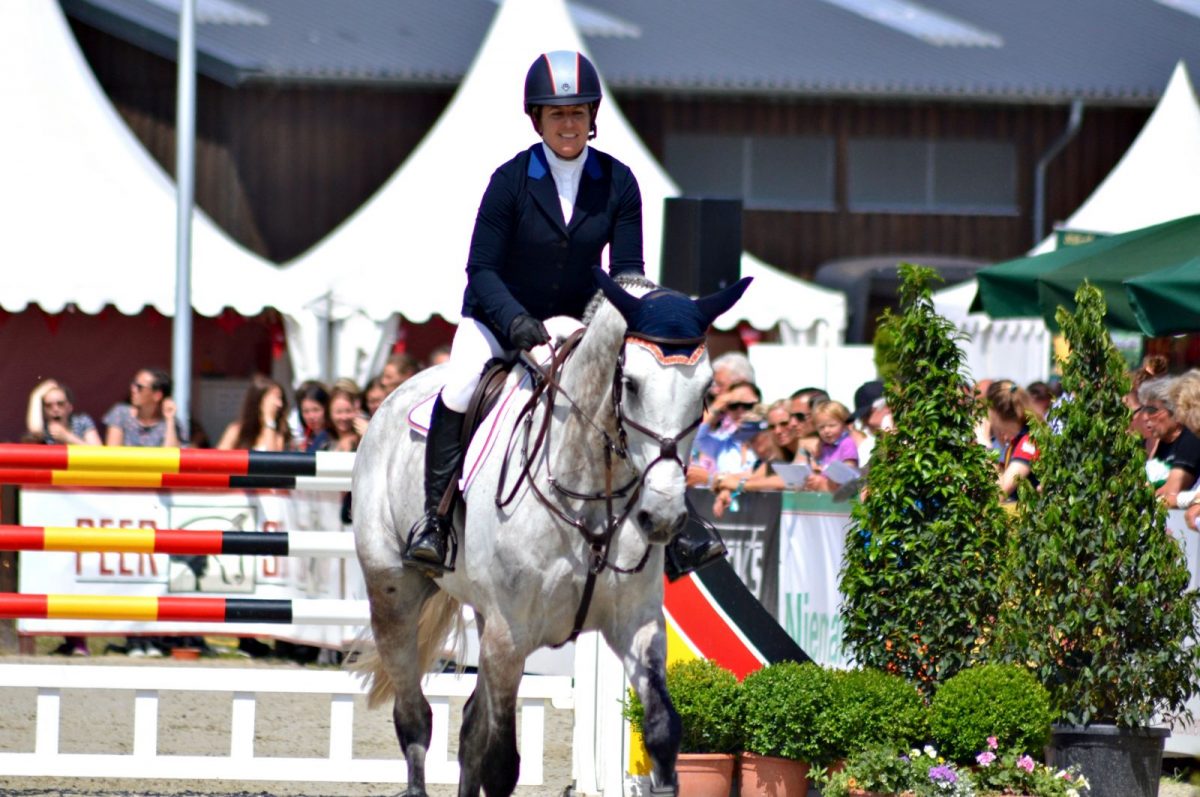 Ginny snapped these of this talented pair making a size XL four-star course look like a show hunter round. Those knees, are you kidding me? Gimme a break! 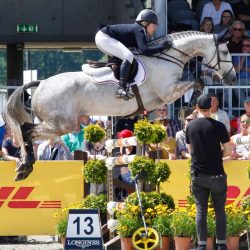 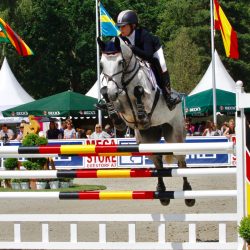 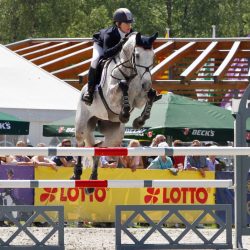 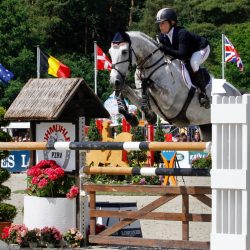 port, the U.S.’s fifth CCI4* competitor Katherine Coleman sadly withdrew Longwood before the jog. She confirmed to us this afternoon that it’s nothing serious: “He just knocked his stifles so was a bit sore today. We’re relieved that it’s nothing too sinister,” she said with a sunnyside-up smile. You’ll fight again another day, Katherine and Longwood!

Ranging back to the tip-top of the scoreboard, overnight leader Bettina Hoy couldn’t quite swing two wins in a day. Having already clinched the CIC3* victory and German Championship this morning with Seigneur Medicott, she cantered into the arena as the leader of the CCI4* with Designer 10, but a couple felled rails relegated them to third.

“The fault and misjudged timing was entirely my fault,” Bettina said. “I disrupted Designer’s rhythm, which cost us the win. But we had an amazing weekend, with three brilliant phases. I could not have asked for more!” 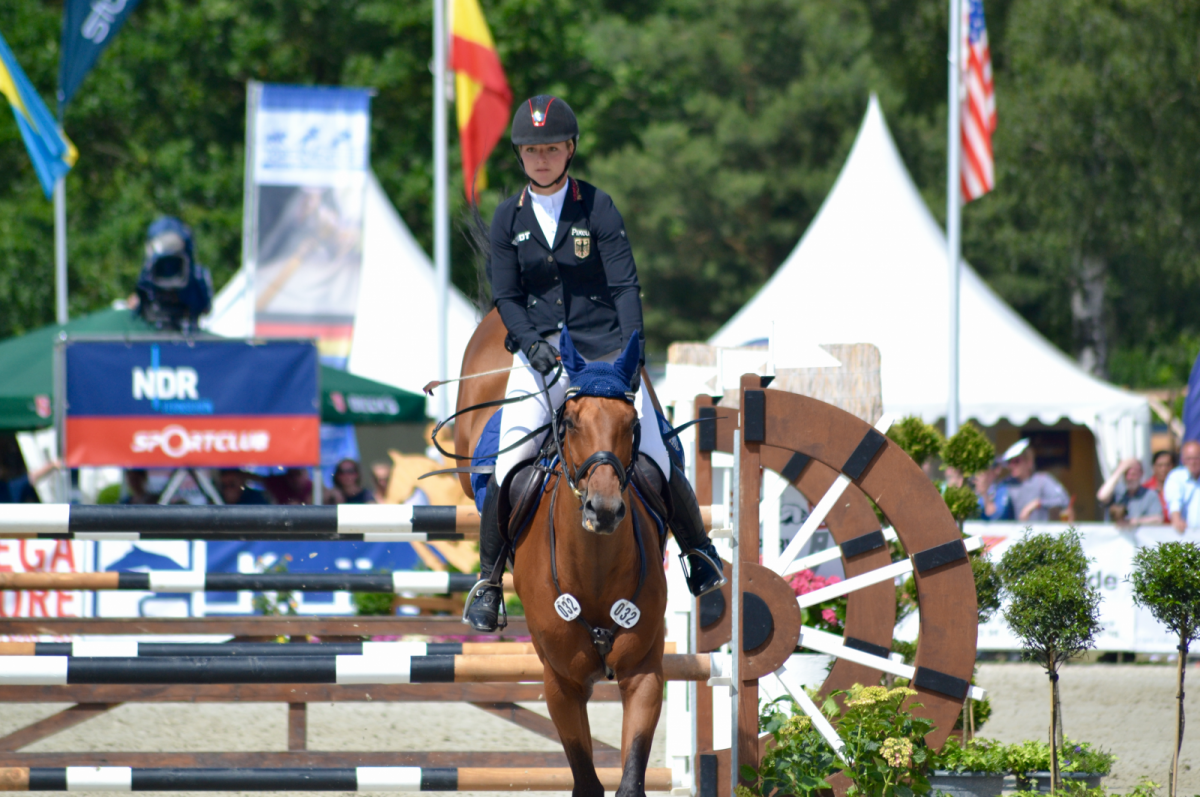 Julia reflects on her weekend, “We had a super start with a fantastic dressage. In cross country, ‘Sam’ proved that even on long courses he can easily gallop inside the time and the show jumping was out of this world! He is only tiny, so he needs a bit more speed to jump those big fences, but his canter is very variable, so he never struggles with fixed distances. I am so so proud of this little horse, he really outdid himself this weekend!” 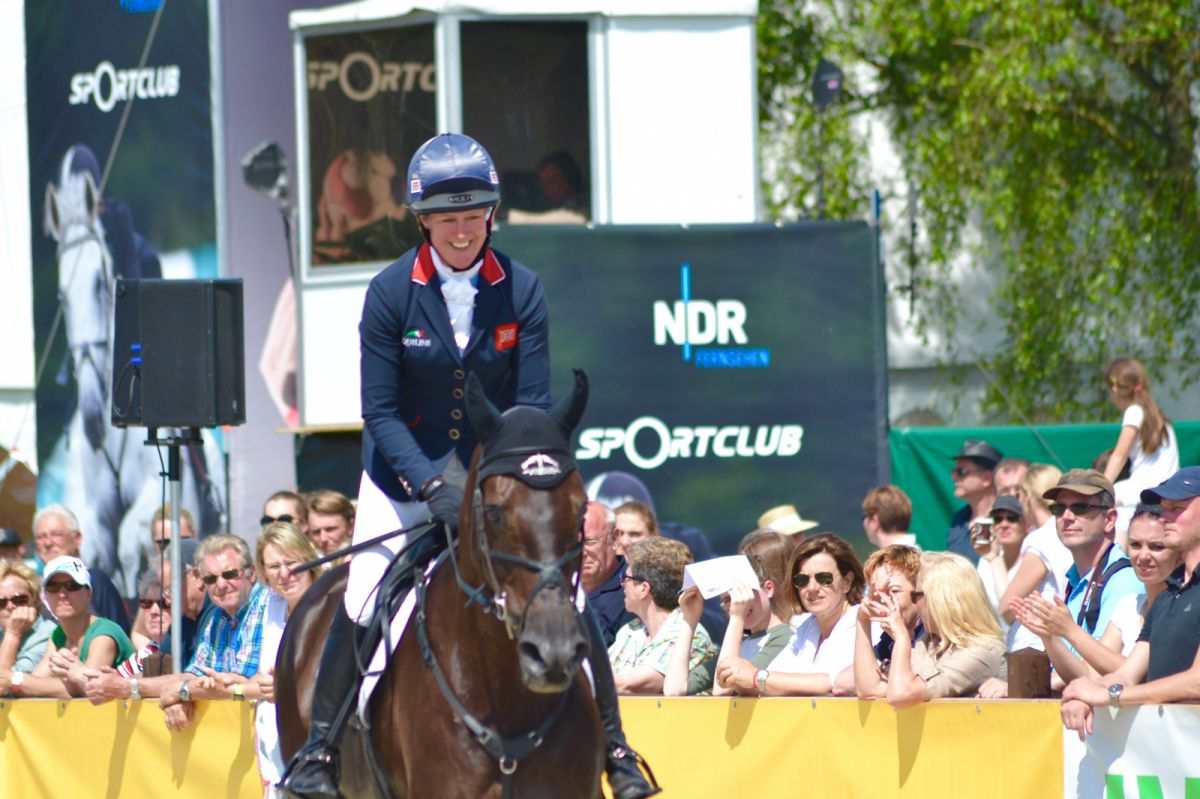 Nicola was pleased with her little mare, as the success at Luhmühlen was the result of their hard work over the past couple of years. “She has grown up and progressed so nicely that we now have a very strong partnership going,” she says. “She used to be so feisty and fizzy even at home, but now she is totally relaxed. She seems much more settled in all three phases.”