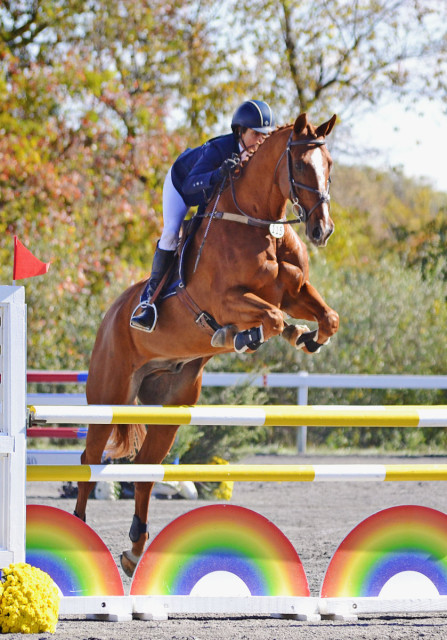 Julie has only ridden this horse since July, having taken over the ride from her student Asa Cooper, making the win all the more impressive. Victoria said in yesterday’s press conference that show jumping is not her horse’s strongest phase, but she still put in an incredibly strong performance in their first two-star to ultimately finish in seventh place on 49.3.

Kim Severson and Cooley Cross Border rose to the occasion this weekend, jumping clear in both jumping phases to clinch the Reserve National CCI2* championship on her dressage score of 43.6 in the horse’s first CCI2*. Marilyn Little, who quietly stalked the leaders all weekend with RF Quarterman, moved up from sixth to finish in third place on 46.6 thanks to jumping double clear. The horse only just started eventing at The Fork this year. 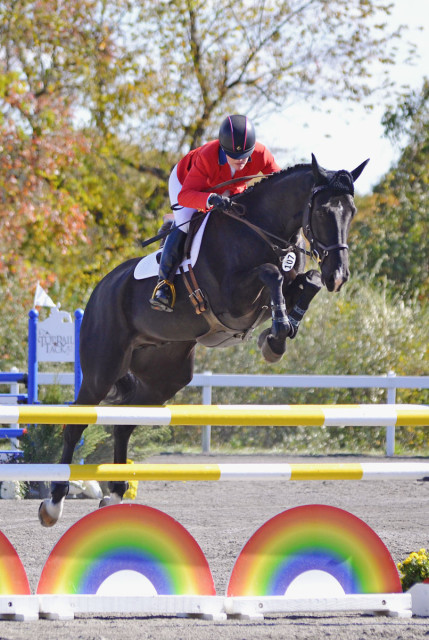 Tamie Smith and Twizted Syster came into show jumping in fourth place, with Chloe breathing fire throughout the round. Though they pulled one rail to drop to fifth place, Tamie rode her extremely well, and this is a partnership that’s only just getting started. Tamie is the highest-placed of the West Coast riders who came east to compete. Go girl!

Buck Davidson finished on his dressage score with Quasar, moving up from 19th to sixth place on 49. Two rails dropped Boyd Martin and SBF Cortez from fifth to eighth place to finish on 54.2, and one rail dropped Lynn Symansky and Osborne 9 from seventh to round out the top 10 on 54.4. 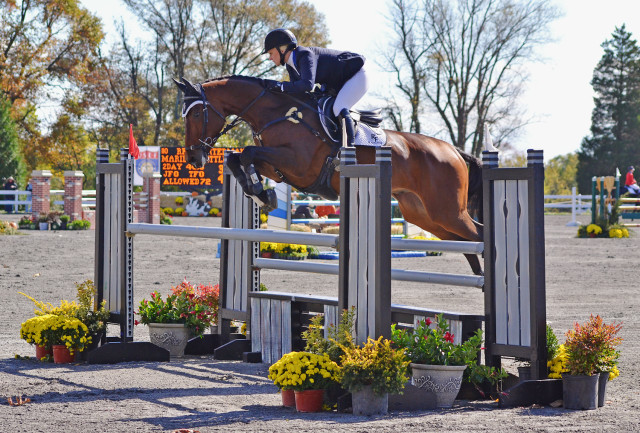 As for big movers on the leaderboard, CCI2* first-timer Andrew McConnon moved from 58th after dressage all the way up to 16th after jumping double clear in both jumping phases, finishing on 57.7 with Rachel Jurgens’ Rolex horse Ziggy. Will Faudree and Pfun moved from 60th to 19th and Buck Davidson moved from 65th to 20th — also giving him two horses in the top 20 — thanks to adding no jumping penalties to their dressage scores of 58.3 and 59.1, respectively.

A large number of horses jumped double clear, with 33 of 72 leaving all the poles in the cups. It will definitely be interesting to see if Sally Ike’s course is so kind to the CCI3* riders. You can check out the course map here.

Awards are just wrapping up now, with the press conference scheduled to start shortly. CCI3* show jumping is scheduled to begin at 2:15 p.m. Keep an eye on our YouTube channel for videos from CCI2* show jumping, and keep checking back for much more throughout the day. 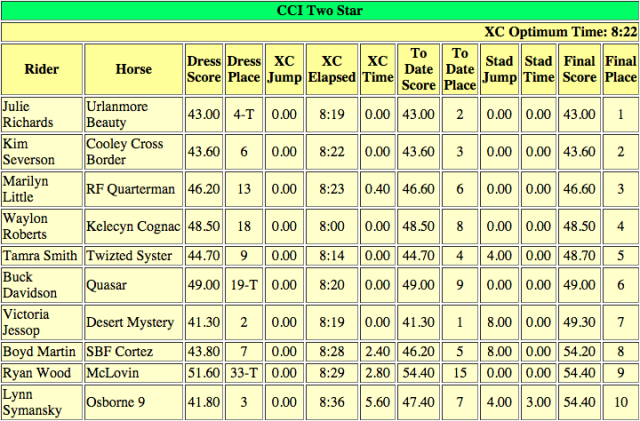