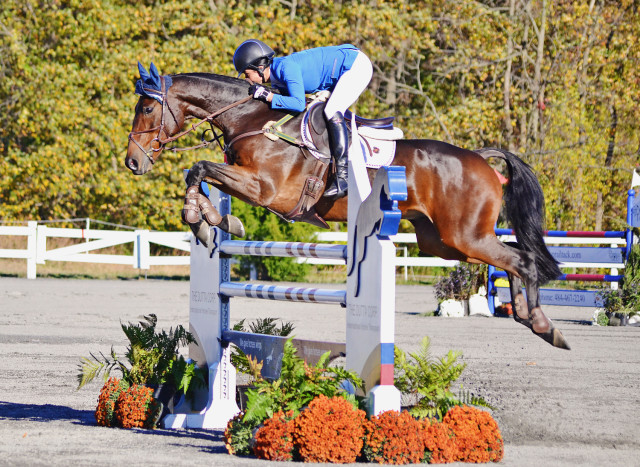 Jennie Brannigan couldn’t watch Boyd Martin’s show jumping round with Master Frisky. After she jumped a double clear with Cambalda, she knew Boyd couldn’t afford a single rail to keep his lead. So she stood in the far corner of the warmup ring during his round, her back turned to the arena.

When Master Frisky took a rail at the liverpool, it became official: Jennie Brannigan and Cambalda are the 2014 Fair Hill CCI3* National Champions, and what a sweet win it is. Heavily favored to win last year only to fall victim to the double corners in the main arena, Jennie returned with a vengeance this year, storming around cross country yesterday to come home with just 1.2 time.

After falling at Luhmühlen, being thwarted twice at Rolex and the blip at Fair Hill last year, Jennie has officially put the bad luck streak behind her. All that goes to say it’s an emotional win for all those who have weathered the storm with Jennie, with lots of hugs and tears all around as it sunk in that her perseverance had finally paid off. 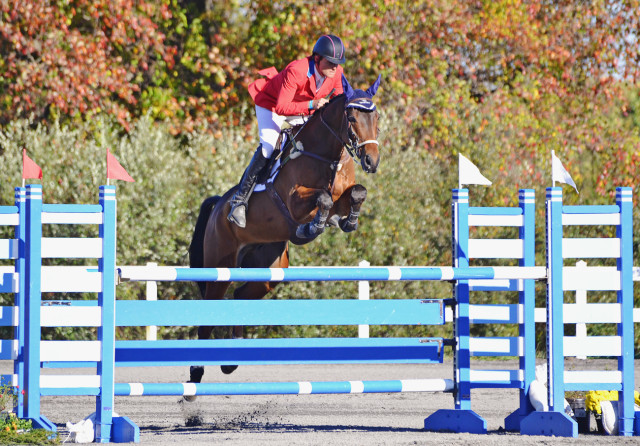 A rail and 2 time penalties dropped Boyd and Master Frisky to second place, and Allison Springer and Copycat Chloe continued their steady rise of the leaderboard, jumping double clear to finish in third place on their dressage score of 54.8. Caitlin Silliman and Catch A Star pulled one rail to drop to fourth place on 56.0, and she tweeted right after her round that she was thrilled with the mare.

Buck Davidson and The Apprentice jumped clear but picked up 5 time to drop from fourth to fifth place, while his student Carolina Martin and Quantum Solace jumped clear with 1 time penalty to move up one spot to finish in sixth on 57.8. Jon Holling also moved up thanks to jumping a double clear round with Zatopek B, finishing seventh on 60.2.

Kevin Keane and Fernhill Flutter, who jumped the only double clear cross country round yesterday, went out guns blazing today, pulling two rails to drop from fifth to eighth on 60.8. Holly Payne and Never OutFoxed win the Biggest Mover Award for climbing from 42nd after dressage all the way to ninth after adding just 2.4 total time penalties to their dressage score. 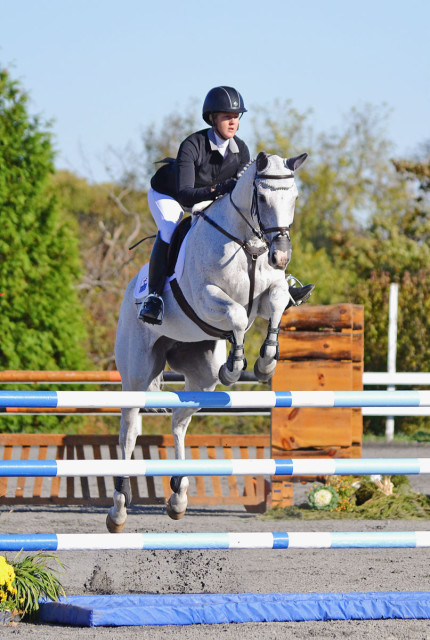 And Libby Head and Sir Rockstar round out the top 10 after pulling off an amazing save at the second to last fence to jump clear with 1 time penalty. We luckily caught that one on video, so be sure to keep an eye on our YouTube channel as videos from the CCI3* upload. (Update: We just added the link below.)

More than 30 horses jumped double clear in the CCI2* this morning, but the three-star horses had a much different day over Sally Ike’s course, with just five riders pulling off a double clear. In addition to the riders we already mentioned, Boyd Martin and Crackerjack and Allie Knowles and Sound Prospect jumped double clear today.

For winning the Fair Hill International CCI3*, Jennie Brannigan and Cambalda win an overseas flight courtesy of title sponsor the Dutta Corporation. So naturally we’ll all be dying to know: Where will Jennie and Ping go? We’ll be sure to ask that in the press conference. It’s about time they had their moment in the spotlight. Stay tuned for much more from Fair Hill. 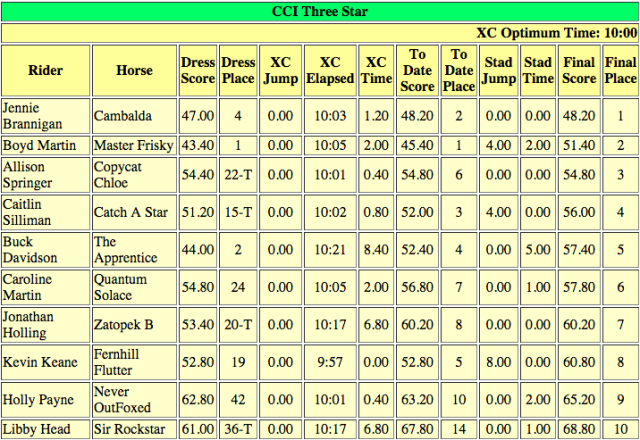