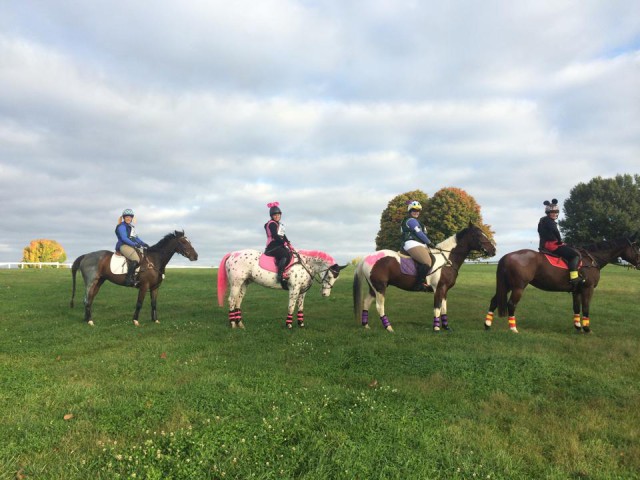 I was a bit sad to not be in attendance for the Hagyard Midsouth CCI* and Team Challenge this weekend, as the weather looks like it was much more cooperative than it was last year! But another successful weekend at Kentucky Horse Park has come and gone.

Canada’s Karl Slezak came away with the CCI*-A win aboard Fernhill Dutch Design, adding nothing to his dressage score of 48.1 to secure the win. This was the six-year-old Irish gelding’s first CCI*, and Karl’s efforts were rewarded with a win.

Lauren Lambert and Fine With Me added just one time penalty in the show jumping today, moving from fourth after dressage to second overall. This was also a first-time effort for this pair. In third place is Christina Henriksen and Princess Pavan, who we had the pleasure of meeting in Texas at the AECs.

In the CCI*-B division, it was another Canadian on top with Katlyn Hewson and Fernhill Cascum Marco taking home the win after leading from start to finish on their dressage score of 47.9.

As usual, the cross country course for the CCI* division took its fair share of victims, eliminating ten starters and causing seven to retire across both divisions.

Canada also took home the win in the Preliminary Three-Day, with Ian Roberts finishing on his dressage score of 35.7 aboard Cnoc. This is Cnoc’s first win at this level, and for it to come from a long-format event is all the more impressive.

In second is Katie Wainscott and Gentleman In Gray, followed by Kelly Masters and Riverrox.

In the large Training Three-Day division, Jenna Sack and Replika notched the win on a 34.8, which was originally tied with second place finisher Elizabeth Massa and Carmelo. Laura D’Antonio and Blew By You moved up from seventh to third with a double clear show jumping effort.