Karim Laghouag and Punch de l’Esques earned a second Devoucoux Indoor Derby victory last night at the Paris Horse Show to much fanfare from the 2,800 spectators.

Paired with Anges Celerier’s 16-year-old Ango-Arabian (Hermes d’Authieux x Gaia of Ultan, by Ultan), the French rider was the fastest of the 15 entrants in a time of 102.02 seconds. The duo have become a force to be reckoned with across these showcase competitions, winning here in 2017 as well as twice in Bordeaux (2016, 2017).

The French flag claimed all three podium positions with Nicholas Touzaint finishing third in a time of 112.02 seconds aboard Eboli, a 10-year-old Anglo-Arabian (Zandor Z x Eternelle, by Qlondike HN)

Dutch rider Tim Lips was fourth with Evelien Hamers Herby, a 7-year-old KWPN, clocking in at 115.37 seconds. Mathieu Lemoine scooped fifth place in 118.31 seconds with his partner Roscanvel Champeix, who is owned by Christian Vergeron. 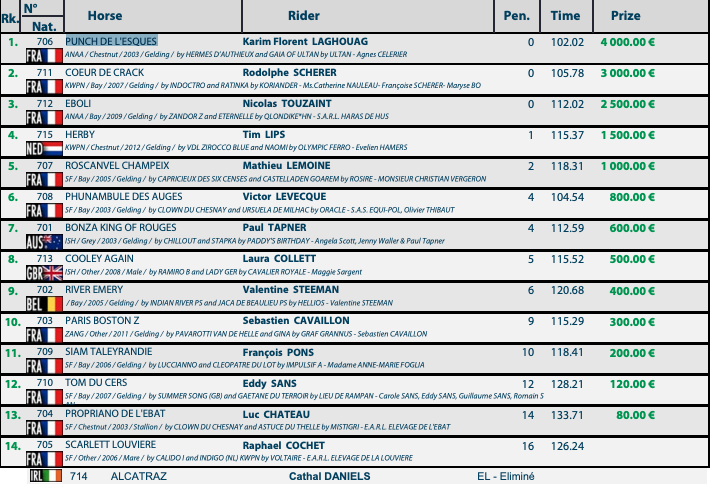