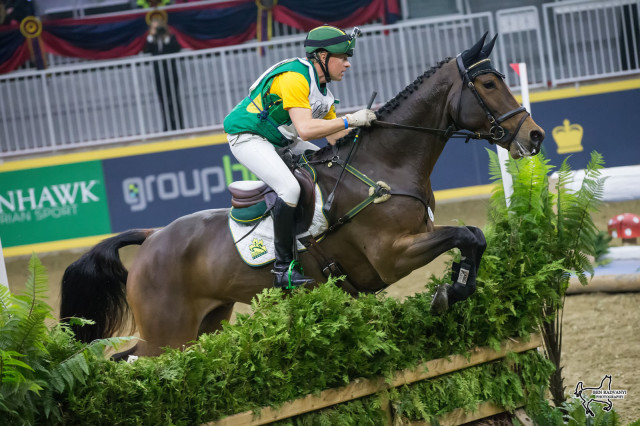 The Horseware Indoor Eventing Challenge at Toronto’s Royal Agricultural Winter Fair has been highly anticipated by the Canadian eventing crowd this year because the celebrity competitor is Germany’s incomparable Michael Jung. Despite the crazy late hour the class started – 10:55 pm – the crowd stayed put for a great show, and they were well rewarded. You can’t imagine the racket – cheering, loud crazy music, whooping – that the horses have to ignore to do their job well!

Captain Mark Phillips said his course was designed to challenge the riders and horses but reward precise and forward riding. In last night’s first round, Karl Slezak on his and Kirk Hoppener’s lovely Fernhill Wishes did just that, throwing down a clean run nearly 5 seconds faster than the first four horses. The round was fast, crisp, rhythmical, and beautifully jumped. Karl said his horse’s big stride but careful jumping were perfect for this first round.

However, Michael Jung on Shawn Ferguson’s 8-year-old Irish Sport Horse Cruising Guy was still to come. On a horse he had ridden just once earlier in the afternoon, and only 10 hours off a plane, Michael seemed to effortlessly produce a lovely round in 69.77 seconds, marred only by a near miscommunication at a skinny. Without that bit of stutter step, he might have clipped Karl’s 69.92 seconds. EN was lucky enough to catch up with Michael for an interview before the start of the class.

Cruising Guy, whom Shawn Ferguson has produced to CIC3* level, was honest, calm, and certainly seemed more mature than his years, but then he had the top event rider in the world to give him the confidence to come so close to Karl’s time. Shawn was thrilled when Michael chose “Dexter” as the horse he’d ride at the Royal. 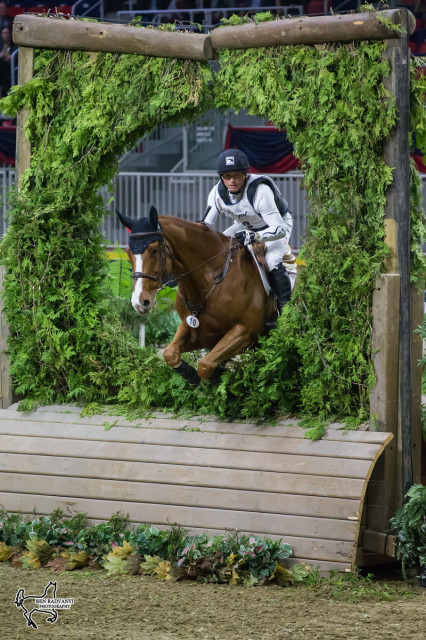 The Horseware Indoor Eventing Challenge has been won eight times by Waylon Roberts who is currently recovering from an injury, and his energy and high spirits are missed! Get well soon, Waylon!

Third through fifth place are separated by less than a second. Kendal Lehari and the love Dutch Warmblood mare RF D’Orbalia claimed third in the first round with a time of 73.55. Rachel McDonough and Irish Rhythm (74.03) just managed to pull ahead of Selena O’Hanlon and Linnea Given’s Uptown Girl (74.48). 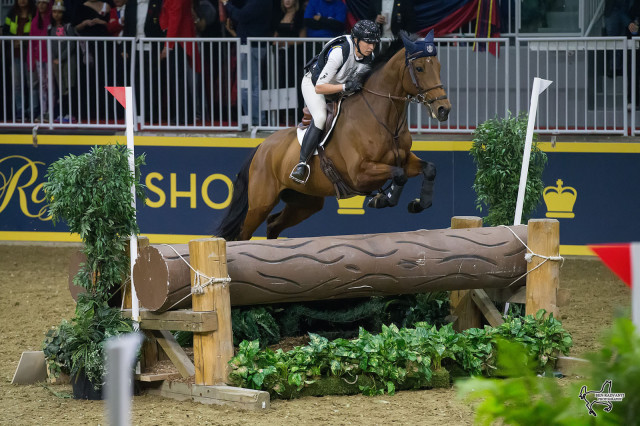 Stay tuned for Round 2 of the Horseware Indoor Eventing Challenge at The Royal! 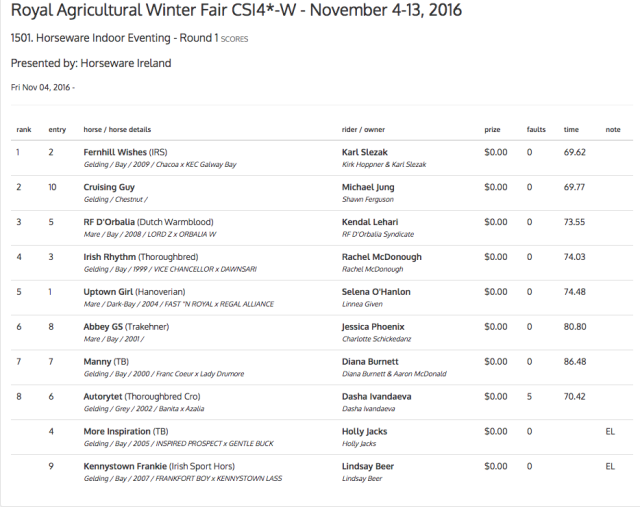