With the naming of the 2016 Eventing 25/18 Training Lists, there are a lot of talented young riders who are ready to take the eventing world by storm. We continue our profiles of these riders this week with Karri Bellamy. 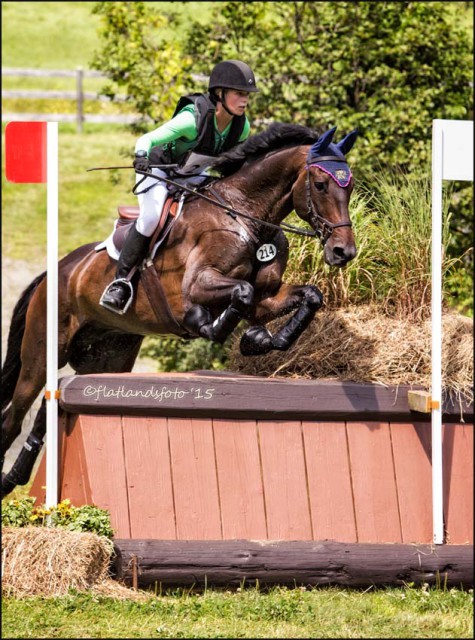 Karri Bellamy and Cool Connection at the GMHA Festival of Eventing CIC1* in August 2015. Photo by Joan Davis/ Flatlands Foto.

Who would have thought that a fifth grade parent-teacher conference would be the beginning of a young eventer’s career?

That’s how it all started for Karri Bellamy, whose teacher passed along the phone number of a local stable owner to the parents of the horse-crazy young girl.

It wasn’t just any local stable owner though — it was international event rider Marcia Kulak, and Karri has been training with Kulak Equestrian ever since. Seven years later, her hard work is paying off as the Schenectady, New York native was named to the Eventing 18 Training List for 2016.

“I came into the Under 18 Training Session with the mindset of being like a sponge: to absorb everything I can, and retain it,” she says. “The more I learned about riding, veterinary care, barn management, and the anatomy of the horse, the more I realized how much there is to learn. [Developing Rider Coach Leslie Law] told us that ‘you cannot just be a rider, you have to be a scholar of the sport.’”

Karri says she was not overly confident that she would be selected to the Training List because of her “more or less low-key summer.”

Though their outings were few — three events in 2015 — Karri still describes last season as “monumental.” She and her horse, Cool Connection, put in a solid showing at each event, taking home blue twice in Preliminary divisions before finishing the season with Karri’s first FEI outing, the GMHA Festival of Eventing August H.T. CIC1*, where they placed fourth. 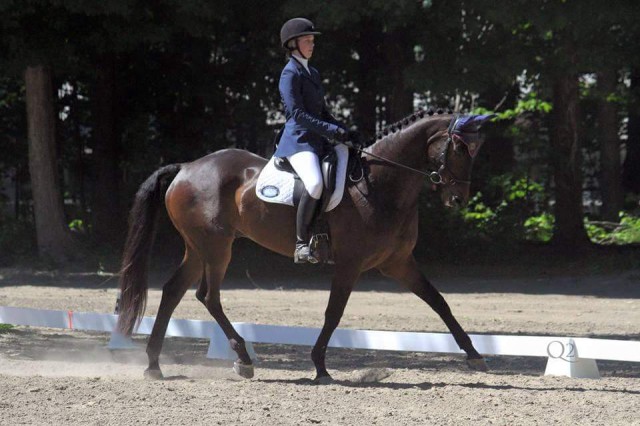 Cool Connection, known as “Noodles” around the barn, is a 15-year-old Oldenburg gelding and a former CIC3* mount of Will Coleman. The Bellamy family purchased him in 2013 after Will decided it was time for him to show a younger rider the ropes.

“The first time I sat on him, I knew he was the horse,” Karri recalls. “I get the chills every time I talk about my first ride because he gave me an incredible feeling under saddle.”

Karri and Noodles are already off to a great start this year with a win in the Preliminary division at Rocking Horse Winter III H.T. Next on their schedule is the CCI1* in Ocala as Karri pursues her goal of representing Area I at NAJYRC this summer. The pair will be in Wellington through April before returning to the Kulak Equestrian home base in upstate New York for the rest of the season.

Karri, who is 17, has managed to graduate high school a semester early and now has a little more wiggle room for riding and competing since she’s finished classes. Karri is grateful that her school is still allowing her to participate in senior activities throughout the spring.

“This is important to me because I did enjoy my high school years with my friends and I look forward to making more memories with them before everyone splits for college,” Karri says. 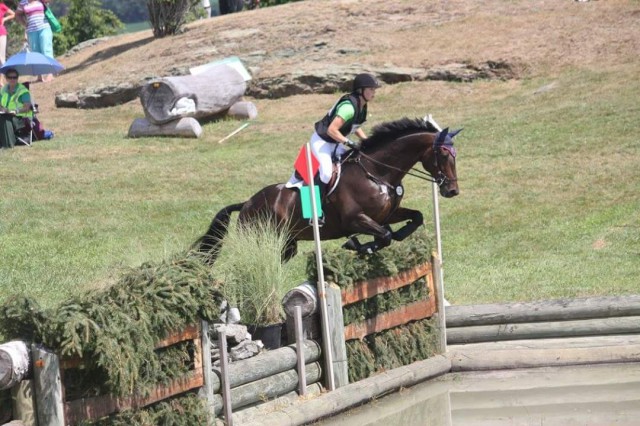 In addition to riding, Karri is a member of the Pro Junior Advisory Board along with Grace Fulton, Caroline Martin and Jorgen Olijslager. This will be the second year for the Prelim to Pro Team Series, a program that the group formed.

“Our mission is to mentor and educate the next generation of young three-day event riders by introducing them to a team experience at the one-star level prior to the full NAJYRC experience,” Karri explains.

So what’s next for the bright-eyed upstate New Yorker? After hopefully competing at NAJYRC, Karri will attend college and plans on exploring the marketing and psychology fields. She will be furthering her education both in and out of the sport of eventing, since she plans to still ride competitively as well.

“I would like to look through a crystal ball and see my future mapped out, but sometimes the most unexpected things are the best moments that will ever happen to a person.”