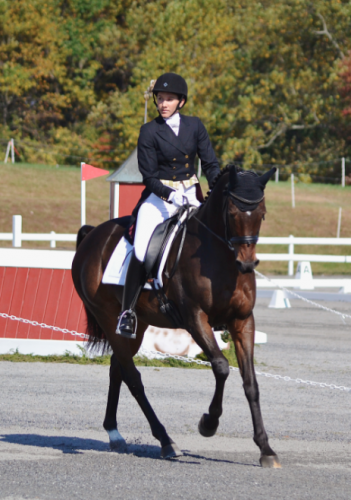 Katy Groesbeck stole the show in the first group to go after the lunch break in the CCI3* at Fair Hill this afternoon, putting in a really lovely test with Oz the Tin Man to move into third place on a 44. Based on the West Coast, Katy received a Land Rover travel grant to compete at Fair Hill this weekend, and she made the most of it with this super little Anglo-Arabian gelding. I’ve never seen Katy ride in person before, and she’s a relaxed, soft rider who looks to have a really great partnership with Oz. This pair won the dressage at the AECs last month, and the big challenge this weekend is going to be delivering a clear cross-country trip. I’m sending lots of EN karma to Katy and Oz for a clear and fast trip tomorrow. 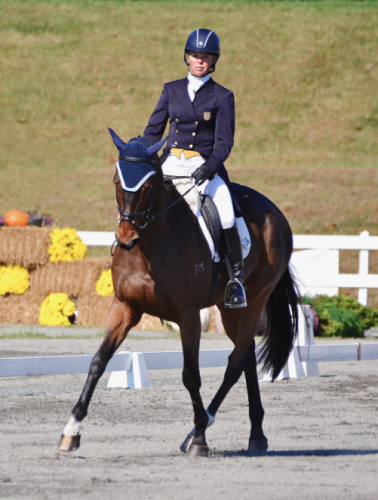 Jan Byyny and Inmidair also rose to the occasion this afternoon, scoring 45.6 to move into fifth place behind Sinead Halpin and Manoir De Carneville. You never know quite what you’re going to get with JR, as he’s infamous for his dressage meltdowns. But he came to play today, and Jan absolutely made the most of it, showing off his fabulous trot and really pushing him in the canter work. JR had a few naughty moments at the canter, and they really could have challenged Jennie Brannigan and Cambalda for the lead had it not been for that, but I know Jan has to be thrilled with him. Buck Davidson and Park Trader are sitting just behind Jan and JR in sixth place on a score of 45.8, and this was also a very nice test. This is Kobe’s first event back since taking a spill at Burghley, and he looks in fine form to tackle the cross country tomorrow. 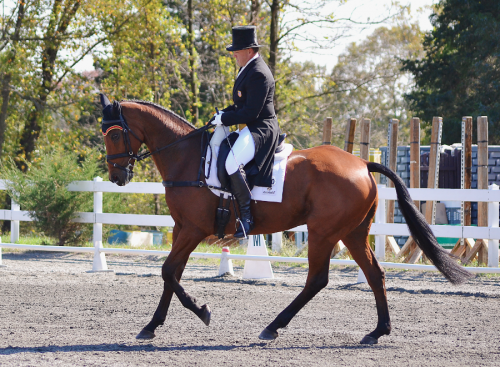 Lillian Heard and Share Option were another pair to crack the 40s this afternoon — we’ve had eight in all — scoring 47.6 to sit in seventh place provisionally. They had a bit of bad luck at Plantation when they parted ways at the now infamous water complex, but this pair has more than enough experience to get around Derek’s course tomorrow. We’re now heading into the fourth of five groups in the CCI3* dressage at Fair Hill, with Kaitlin Spurlock and Expedience leading off after the break. I have videos of Katy and Buck’s tests, but I’ve totally given up on trying to upload anything here at the grounds, so you’ll sadly have to wait until tonight when I have access to speedy internet. The live scores are running a little behind, so hopefully I’ve brought you all the accurate scores and placings — apologies for any mistakes! Go Fair Hill.