Following the action at CHIO Aachen is a marathon not a sprint. You can easily be bombarded with coverage, and let’s be honest, we are Eventing Nation, so we really care most about the folks who do the cross country phase. Nevertheless, there was a huge Team USA contingent at the event, so here’s your bite size portion of highlights from the red, white and blue: 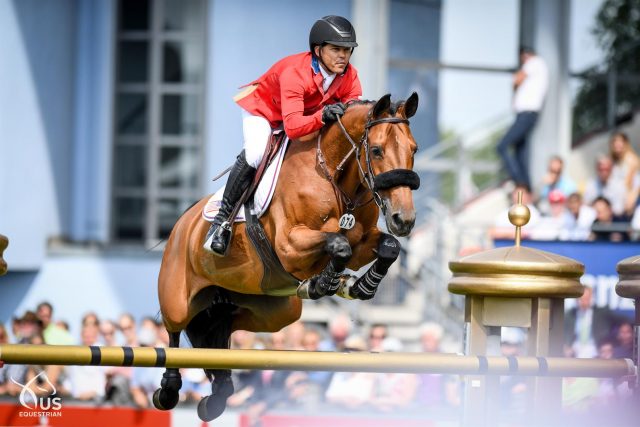 This was a bit of redemption for Kent after having the fastest round in this class five years ago and sadly knocking a pole, but also a return to form after he suffered a broken leg in 2018, which derailed much of his season.

“I wanted to have my name eternalized on the winners’ board. I didn’t want to have the fastest four fault ride again. It is such an impressive list of fantastic riders, who have won the Grand Prix of Aachen. I am so proud to now be one of them!” Kent said.

"We’re very proud of Ronda. She only jumped one major Grand Prix before [this], and we didn’t quite expect these results. She has a good foundation, and she’s a brilliant horse. I’m really proud and excited for the people who own her and trained her because it really is a great achievement." – McLain WardWatch McLain Ward and Noche de Ronda's blazing fast jump-off to win the 2019 Allianz-Prize at CHIO Aachen 👏 🙌 #USAJumping

McLain Ward and Noche de Ronda won the Allianz-Prize over a 1.55m course, and Beezie Madden claimed the Sparkassen-Youngsters-Cup with Garant. 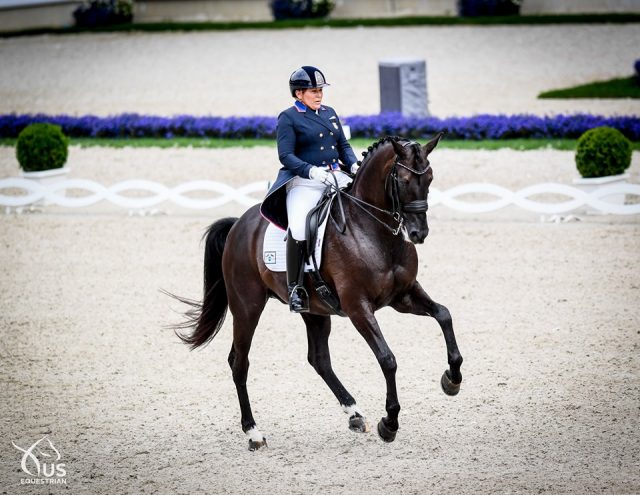 “I am very pleased with our team result,” said Chef d’Equipe Debbie McDonald. “It was great sport today and our athletes and horses rose to the occasion. We look forward to the CHIO Aachen – it’s always one of the highlights of the competition year.” 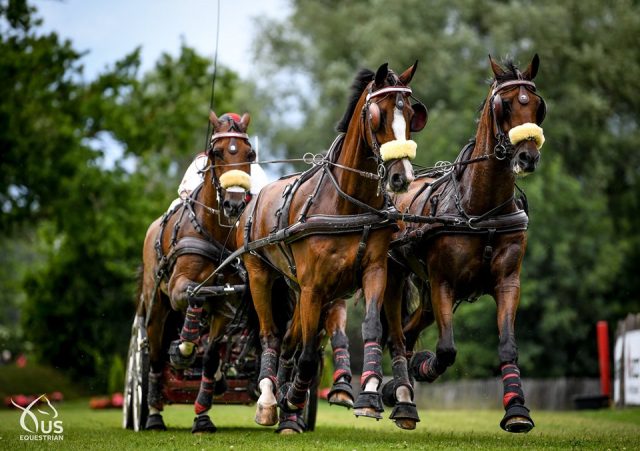 Chester Weber finished fourth individually in the combined driving competition using his proven team of Amadeus, Boris, First Edition, Gouveneur and Hendrik. Only four horses are used in each phase, but horses may be substituted between phases. 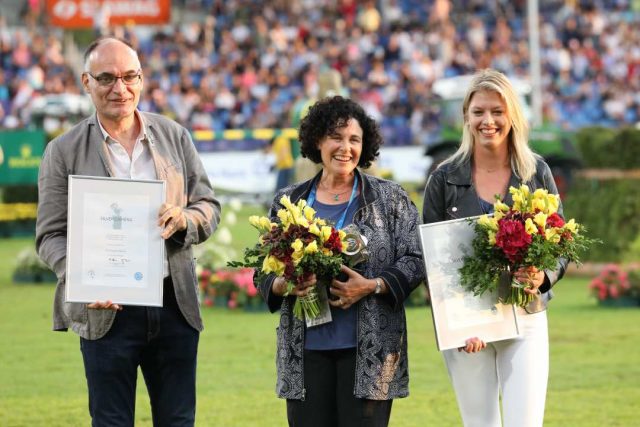 To follow the scores from every class, click here. Be sure to also catch up on all of Tilly Berendt’s coverage from eventing at Aachen at this link.