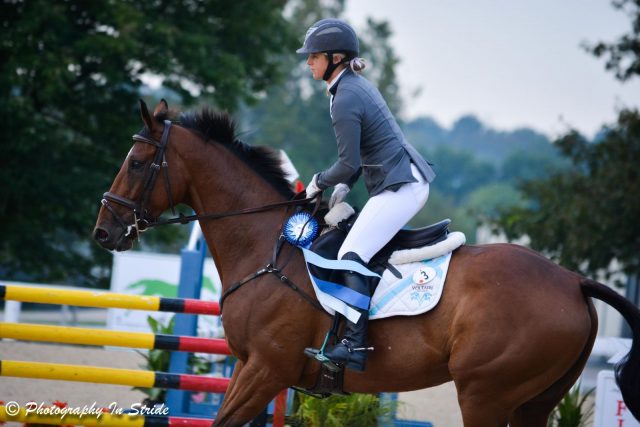 Hilary Irwin and Kilbeggan, winners of the Intermediate Championships. Photo by Miranda Akins/Photography In Stride.

While many eyes were on Burghley and the American Eventing Championships last week, the Area VIII Championships were also held at the Kentucky Horse Park. The remainder of Hurricane Harvey rolled in Friday and left the upper-level competitors dancing in more of an ocean than a sandbox. Even with a downpour most of the day and night Friday, the horse park was left with near perfect footing for the cross country on a fun and challenging course. 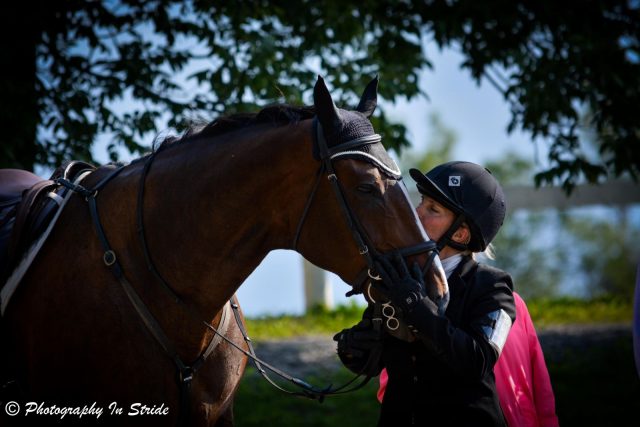 Wendy Watson and Big Uno sharing a quiet happy moment after a lovely round in the Preliminary Championships. Photo by Miranda Akins/Photography In Stride.

Hilary Irwin and Kilbeggan won the Intermediate Championship. They had no jump faults and only 2.4 time to hold their overnight lead as the only pair in the division to jump clean with a lovely round. Alexa Ehlers and Amistoso finished second, maintaining their second place throughout the weekend, and Conor Rollins and Fernhill Tiger Con took third. 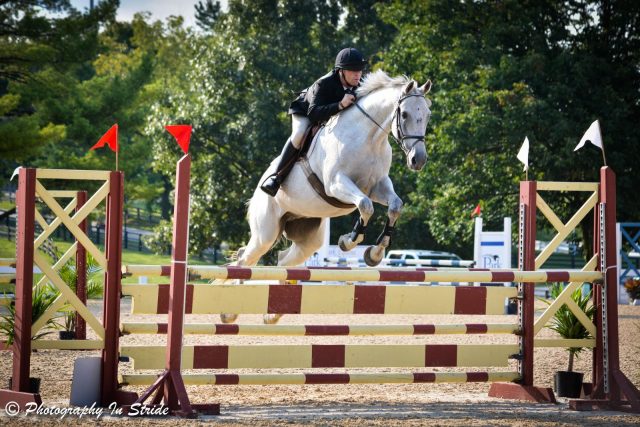 The Preliminary cross country proved to be just as tough as the Intermediate. Only seven riders completed without jumping penalties. Chris Newton on Good Measure and Elizabeth Massa on Theodoor were the only riders to make the optimum time on cross country.

Lee Camiolo and Caharron V.E. won the Preliminary Championship. Starting the weekend in second place on a competitive 33.5, they remained in second heading into show jumping, right behind Avery Whisman and Stonewall Jackson. 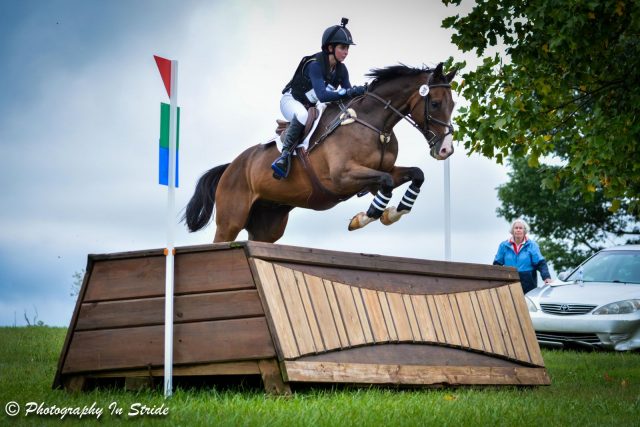 Lee delivered a clear show jumping round to secure the win, as Avery sadly dropped a rail in the triple combination. Avery and Stonewall Jackson still finished the weekend in third, while Chris Newton and Good Measure moved all the way up from 12th to take second on their dressage score.

The Training Championship was very competitive throughout the weekend with a field of 38 competitors. Ashley Baehr with Run Freely and Lauren Buhrmann with Currahee took hold of a tie for the lead, both with a 27.1. 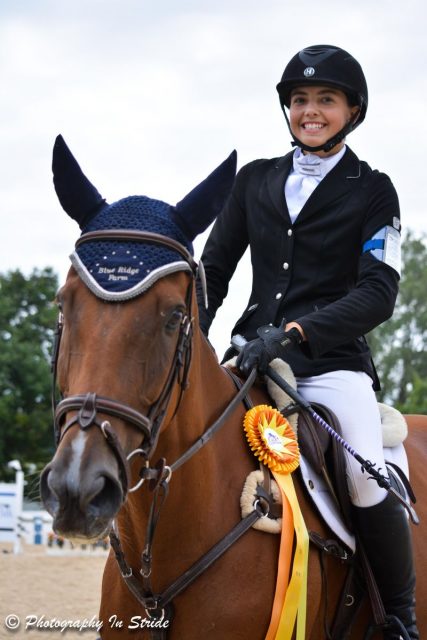 A large portion of the competitors jumped clean on a bold cross country course. Nearly all the riders in the top 20 delivered beautiful fault-free show jumping rounds. Lauren Buhrmann and Currahee ultimately took the win on their dressage score. Ashley Beahr and Run Freely had a bummer of a rail at the last fence, but still delivered a lovely round nonetheless to take third. Martha Lambert and Sutton finished second on their dressage score of 29.1. 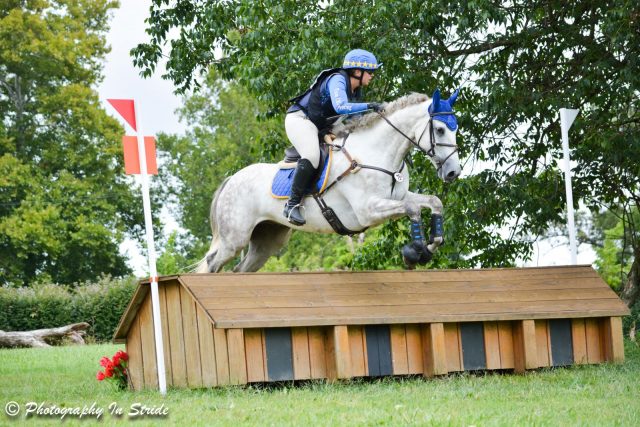 Lauren Buhrmann and Currahee. Photo by Miranda Akins/Photography In Stride. 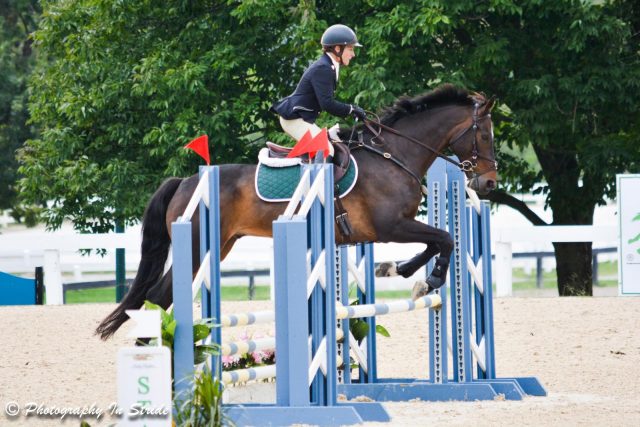 In the Beginner Novice Championship, Anna Warzecha and Zolando finished second on 24.8, with Cassie Lee and Bulls First Trick in third on 27.3. 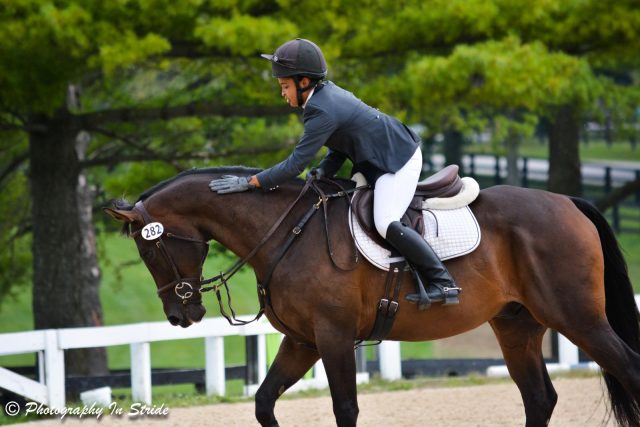 Great fun was had by all as the magic of the Kentucky Horse Park kept the storms at bay for the jumping phases of the weekend. Now it’s time for everyone to gear up for the fall season. Go Eventing!