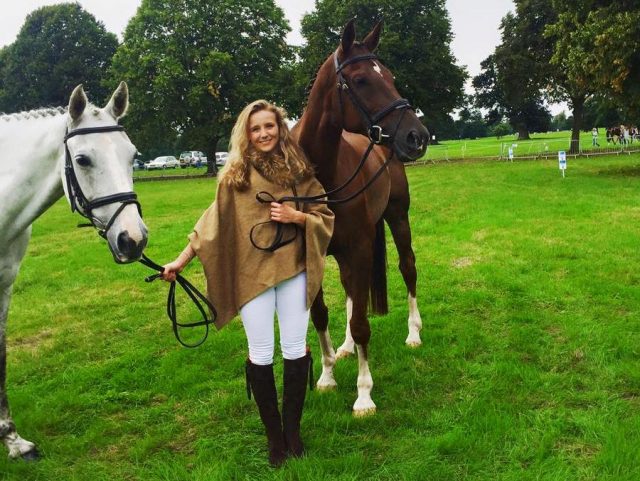 British eventer Libby Seed with (L) Tullamore Dew, and (R) What A Catch II. Libby is known for her classic and stylish attire. Photo by L. Seed.

Libby Seed, the 20-year-old eventer who rode individually for the UK at the recent Young Rider European Championships in Ireland, just made her Burghley debut with What A Catch II, or Guardi, ‘the best cross country horse’ she has ever ridden.

What A Catch II, or Guardi, was a British team reserve for the Europeans with Libby for two years running, and the pair nabbed a top-20 placing at Chatsworth earlier this year. Meanwhile, Libby and the 17-year-old gelding contested their first CCI4* at Luhmühlen in June.

However, after going clear across country with time faults, they were sadly eliminated at the final trot-up. The ground jury sent the horse to the holding box, and then did not accept him when he was re-presented.

“We’d had some time penalties, but I was gutted, as I really wanted to complete,” Libby said. “Although he was sound and happy in himself, he was quite stiff as the ground was quite hard. He had given me everything he had, and I was pleased that he finished happy and in good health. He was just a bit doddery at the trot-up; he has a funny action.”

The pair therefore obviously had a score to settle at Burghley! Guardi, named after the famous artist and owned by Libby’s parents, recently ran at the Open Intermediate Under-21s at Aston-Le-Walls Horse Trials, where the pair placed seventh.  “I tried to run him slowly at Aston and just have a canter round, but he was really quick!” 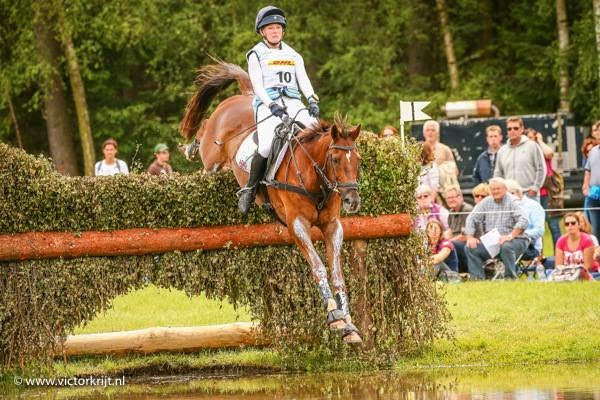 Libby Seed at Luhmuhlen in 2017, riding What A Catch II. Photo by Victor Krijt.

The gelding was purchased four years ago for lower level eventing — so has surpassed expectations! — and has previously recovered from a stress fracture. “He likes to think he’s still 7,” Libby says. “I may loan him to someone else to play with once he’s finished his elite eventing career, but he’ll never be sold.” 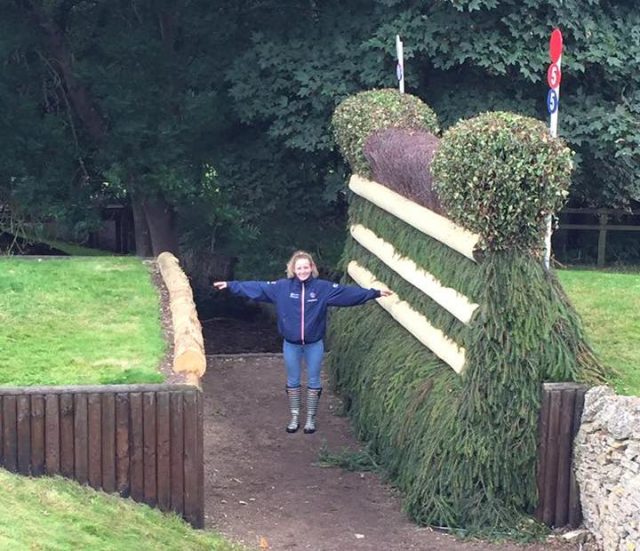 Libby Seed, pictured at Blenheim in 2016, isn’t phased by big fences like those at Burghley. Photo by L. Seed.

We held our breath as Libby tackled the famous Burghley course last week, but were very sad to see her take a tumble. “It was not quite the fairy-tale ending we were hoping for; however the three-quarters of the course that we completed were amazing,” she said.

“Unfortunately, Guardi just got too strong down into Discovery Valley, meaning we flew into the air with a 20-foot drop, which we just couldn’t land! I so enjoyed my first Burghley Horse Trials though, and I can’t wait to go back in the future. I always said I was there to complete, not to win. I gave it my best!”