Mary Buffum kindly sent us some thoughts from Mikki Kuchta and her working student Janelle Phaneuf from King Oak Horse Trials. [Results]  Many thanks to Mary, Mikki, and Janelle for writing!  Joan Davis of FlatlandsFoto.com was the event photographer and generously sent us a few win shots.  Thanks to Joan as always for the lovely photos, please visit her site www.flatlandsfoto.com.  If you have an event report to share, send it to [email protected] 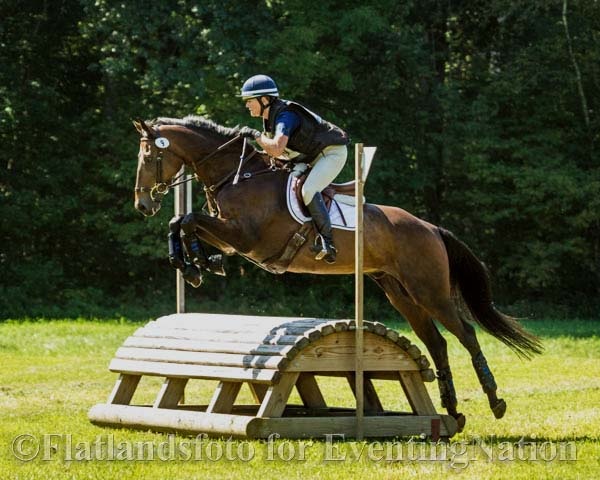 Mikki Kuchta and Vertical Limit were winners of the Open Training A division. Copyright Flatlandsfoto.com.

Great courses, great footing and a well organized event, paired with beautiful early autumn weather made for a picture perfect weekend of competition at King Oak Farm’s Fall Horse Trials, September 7-8, 2013. Three hundred horse riders competed from beginner novice through preliminary. Below are two accounts of the event from Mikki Kuchta, owner and trainer at Aiken Bach Farm in Patterson, New York and her working student Janelle Phaneuf.  King Oak Farm thanks them very much for sharing their thoughts.

“It was very exciting to come home with three wins from King Oak Farm Fall Horse Trials this weekend,” Mikki Kuchta said.  Mikki won Open Training A on Renee Fancher’s horse Vertical Limit, Open Novice E on her own ABF Special Agent and her working student Janelle Phaneuf won Open Preliminary C on her own Irish Ike. “On Saturday, I was fairly pleased with Vertical Limit’s (Bing) Dressage test, although he was a bit tense in parts, he scored well enough to lead the division [35.00].  He did a flawless job show jumping and then continued on to perform a beautiful cross country course clear, only adding 0.8 time penalties,” said Mikki.

Sunday was another gorgeous clear day and Janelle Phaneuf, Mikki’s working student, also took the lead right from the start scoring a 31.30 in Dressage at the Preliminary level. Mikki commented that the show jump course was well-designed requiring a forward ride through turns and short approaches. Janelle and Irish Ike had a lovely clear round.  Mikki went on to say that “this year King Oak enlarged the show jump warm up area.  It was an excellent improvement allowing for more warm up fences and more space to keep a good canter.

“Tremaine Cooper’s Preliminary cross country course had some challenging combinations, especially the big stone table at fence 6 with a bending line to offset houses 2 strides apart (fences 7 and 8). If you went the direct route, you had to ride very accurately to get the line just right. There was an option to jump one house and then circle without penalty and jump the second house, as they were numbered separately. Janelle planned to take the direct route and rode it well.  The water and coffin combinations also required accurate turning to be rewarded with a smooth clear go. Everything rode very well for the winning pair,” Mikki said.

“King Oak holds many memories for me,” Janelle said, “as I’m sure it does for so many eventers in Area 1. It was my first USEA horse trial on my first pony, as well as, my first event on my horse Irish Ike. Back then he was a bit of an underdog competing at Beginner Novice, but this weekend he proved that he’s quite the force to be reckoned with as he won Open Preliminary C from start to finish. Adding to that excitement, my trainer, Mikki Kuchta, also lead both of her divisions from start to finish. It was a spectacular weekend for the Aiken Bach Farm Event Team! Thank you to the organizers, farm owners and volunteers who make all of this possible!”

Also on Sunday, Mikki rode ABF Special Agent in Open Novice E. ABF Special Agent, a four-year-old OTTB, is half-owned by Robert Scheuer.  Known around the barn as “Salsa”,  he has performed very well at two young event horse competitions and Mikki has plans to go to the YEH Championships in October. Salsa has also been the best placed TIP (Thoroughbred Incentive Program) horse twice this summer.

“His Dressage test was very light and consistent and scored a 28.0,” Mikki said. “Show jumping has been his weak area, but with grids it has improved and he jumped a lovely clear round. The Novice cross country caused some problems for riders; especially at fence 5, a significant ditch followed 3 strides later by a raised rail jump. It was early on the course and the track ran through the woods over a hill.  I think it was difficult to get a good rhythm by then, so the combination proved to be problematic for some.  However, this was the best cross country round Salsa has ever had.  He really made it feel easy.  He is a four year old and very green so we have brought him along slowly, as he was still growing until recently. He really seems to enjoy eventing and we look forward to watching him develop.”

“King Oak is a great event that I have been competing at for 20 years and  I bring students here to both of their annual events. The facility is beautiful; Fran And Tom Cross do a great job every year to provide Area 1 with this quality horse trial.  The organization at King Oak is exemplary with all phases running on time all weekend with fabulous, friendly and funny volunteers throughout.” 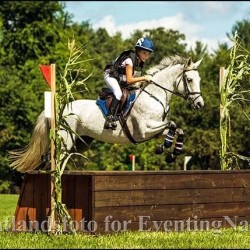 Taylor Freundlich and Vianna Gray were winners of the Open Novice A division. Copyright FlatlandsFoto 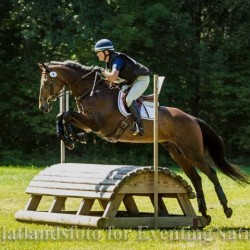 Mikki Kuchta and Vertical Limit were winners of the Open Training A division. Copyright Flatlandsfoto.com. 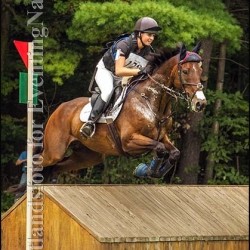 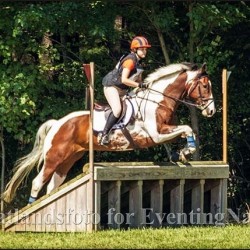 Eliza Eddy and Tuck Everlasting were winners of the Open Training B division. Copyright FlatlandsFoto.com 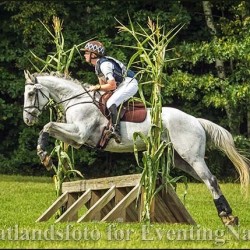