With the FEI competition season now in full swing throughout much of the world, it’s important to make sure you’re aware of rule changes in effect for 2019. Click here for a basic summary of all the new FEI rules.

The FEI also released a memo addressing changes to Rule 549.2 Run out – missing a flag. Under the new wording of the rule, a runout (20 penalties) occurs when the body of the horse — including the head, neck, shoulders and pelvis, but excluding the legs — does not pass between the “extremities of the element or obstacle as originally flagged.” Horses must jump over the full height of the fence as originally flagged. 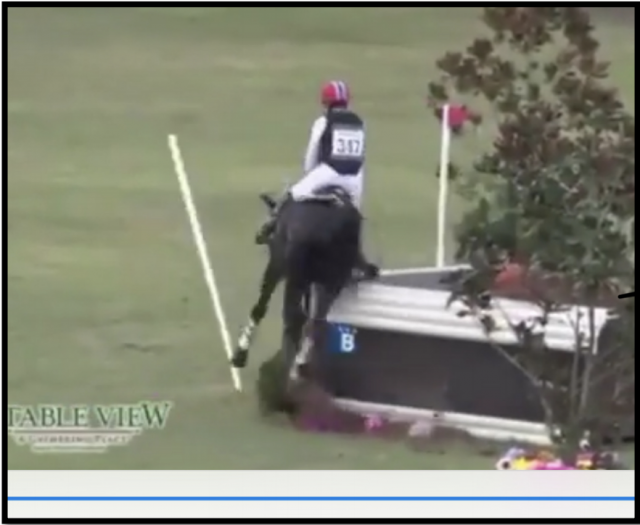 After picking up a runout as defined above, the rider must circle back around and successfully jump the obstacle. Continuing on after a runout will result in elimination.

Missing a flag now results in 15 penalties and occurs if the horse jumps the dimension of the obstacle, but some part of the body is not inside the flags, such as one shoulder, or one shoulder and part of one hip.

If the horse’s body — head, neck, shoulders and pelvis, but excluding the legs — clears the full height of the obstacle but is not fully inside the jump as originally flagged, then 15 penalties are given for missing a flag.

Note that if more than 50% of the horse’s body is outside the jump as originally flagged, this would be considered a runout instead of missing a flag.

The FEI provided the following example photo of what would be considered missing a flag under the new wording of the rule, as the horse’s body is not fully inside the original position of the flags. 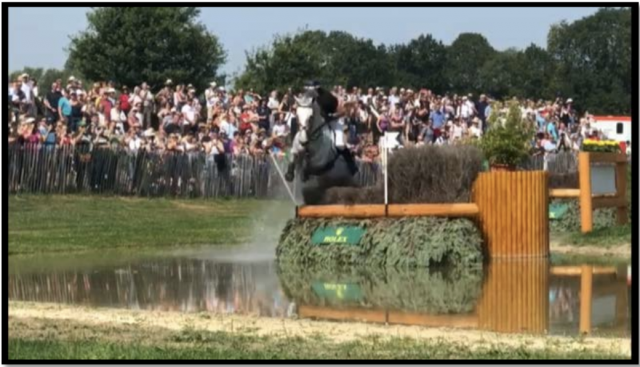 The FEI noted that in the case of missed flags, the ground jury and technical delegate have discretion to mark the rider as clear, thus “giving benefit of the doubt to the athlete.”

A jumping effort is considered clear if the body of the horse — head, neck, shoulders and pelvis, but excluding the legs — passes the fence as originally flagged. If the back and front of the horse is inside the original position of the flags, but one or more legs of the horse or rider knocks the flag, this is still considered clear.

In other words, do this: 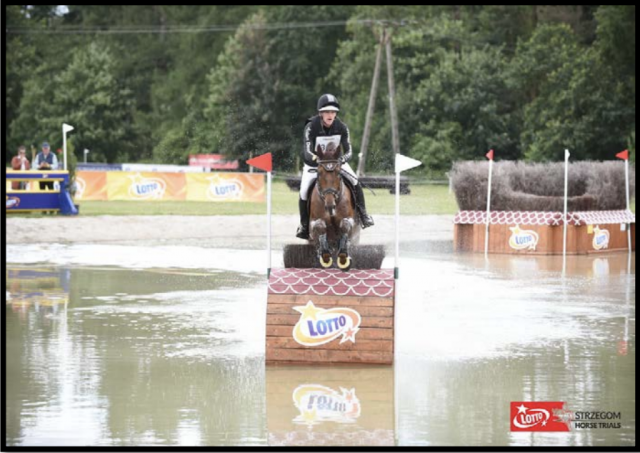 In response to frequently asked questions regarding the new wording of the rule, the FEI clarified that:

Clear as mud? Click here to read the FEI’s full memo on what constitutes a runout and missing a flag under the 2019 rules.