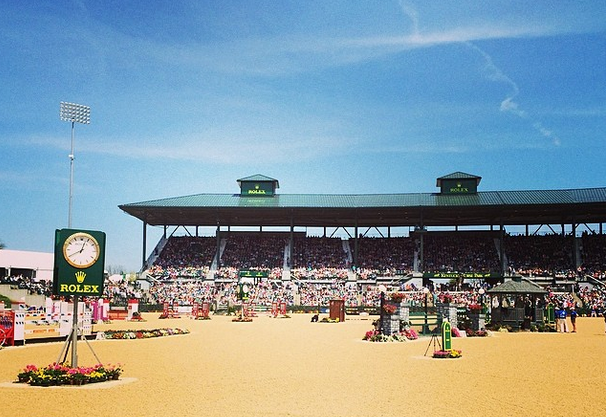 As the beginning of the 2017 season approaches, one thing on everyone’s mind is who might be aiming for the Rolex Kentucky Three-Day Event this spring. The qualification requirements have been similar for many years, requiring a single qualification at the CCI3* level, as well as one or, in more recent years, two CIC3* runs.

With Rolex running prior to any North American CCI3* events, that meant that pairs had to have that all-important CCI3* qualification in hand before Jan. 1 if they wanted to compete at Rolex the following spring. The qualification path was the same for all save the difficult-to-reach Category A riders, who were exempt from running a CCI3* with the horse if the horse had completed the qualification with another rider.

The FEI introduced a more complicated qualification path that took into account the amount of experience each rider had at the top levels. The requirements were made more rigorous for each category, and the days of catch rides at the four-star level are officially over.

The new qualification rules, though introduced in the 2016 FEI Rulebook that published at the beginning of the 2016 calendar year, did allow a grace period to obtain additional qualifications, and did not require the rule to be enforced until July 1, 2016. Four-star events prior to the July 1 date had the option to enforce the new qualification requirements or to allow one last chance to compete under the old path.

Badminton uses a point system to wait-list entries, and Luhmühlen had already started requiring extra qualifications to compete for Categories C and below in 2015. Rolex chose to run one last time under the old qualification rules. Therefore, this coming Rolex will be the first time most North American-based pairs will run under the new qualification system.

As a further twist, the FEI introduced more stringent qualification requirements to achieve a Minimum Eligibility Requirement (MER), explained below, in the 2017 FEI Rulebook. All MERS previously obtained under the old criteria still stand; the new criteria will only be used to obtain new MERs starting Jan. 1, 2017.

The new MER requirements are:

Important things to remember when thinking about four-star qualifications:

As a final note, if you find it too difficult to keep track of what you need and when, the FEI database is extremely useful as a quick check. The database provides not only a quick way to look up the Eventing Category of each rider, but also note which levels each rider is qualified with each horse he or she has competed within the FEI system.

Simply search for the athlete, click their name, then click on “View Athlete Details” in the upper right-hand corner of the profile. Scroll down to the bottom and on the left is a list of all the horses with which the athlete might be qualified.

For example, Lynn Symansky’s Athlete Details displays that she is Category A and shows each horse she has competed with and to what level she is qualified to enter with them.

Alternatively, each horse also has a similar section under their Details page that includes a table of what level they can compete with which category rider. Note that this information applies to FEI requirements only and additional USEF or other NF requirements may not be fulfilled. Contact your NF directly if you are at all concerned about having completed all necessary NF requirements.

Currently, there are only five CCI3* competitions in North America, with Jersey Fresh and Bromont in the spring, Rebecca Farm in the summer, and Fair Hill and Galway Downs in the fall. Rolex is currently the only CCI4* but plans are in the works to host a fall CCI4* at either Great Meadow or Fair Hill beginning in 2019.

By comparison, Great Britain and Ireland held a combined eight CCI3* events in 2016, while mainland Europe held another six. Having such a large number of CCI3* events in a much smaller geographic footprint allows the European-based horses and riders to gain significantly more experience as well as tailor their paths to suit each horse, or to re-route to another qualifier if a mistake is made early on course.

The smaller number of CCI3* events available in North America creates a serious obstacle for obtaining qualifications for riders on this continent. As a result of the schedule, pairs have historically tended to make the move up to Advanced either in the winter season or the summer months, with intentions to make a spring or fall CCI3*.

Those who move up in the winter have the advantage of having multiple chances to gain both CCI3* MER in one year. Categories C and D and non-categorized riders can generally gain their CCI4* qualifications through Option One in one calendar year. Only category B and A riders who move horses up in the fall will be able to obtain qualification for the following Rolex, and it can be tight to complete all of the qualifiers in one season.

While initially this may put pressure on some riders to contest a CCI3* in the spring before they feel totally comfortable at the level, eventually the addition of the fall four-star should not only mitigate that issue, but also the issue of riders contesting a four-star before they feel ready.

With only one North American four-star, riders can feel pressure to go and compete at our premier event if the horse is sound and they are qualified, regardless if their spring performance is rocky. A fall four-star offers the chance to sit back and re-group without waiting an entire calendar year to try again, relieving some of the pressure to compete.

The USEF requirement that one of the qualifications must be met within a year of the competition date adds another element to the mix. While this is no problem for those newly qualified, it can pose a dilemma for riders who entered Rolex the previous year, did not obtain an MER and perhaps gave their horses the fall off from FEI competition. These riders need to obtain an MER at a CIC3* the following spring, prior to Rolex. Luckily, Rolex itself can be used for the year requirement, so long as it is completed with an MER.

We will not see all the qualified pairs come down the centerline in the Rolex Stadium this spring. Some of the pairs will sit out due to illness or injury to horse or rider. Some will fail to meet the final qualifying requirements. Others will simply decide to remain at the three-star level for another year. However, simply qualifying is a huge accomplishment, and there’s always 2018.