Welcome to EN’s annual series celebrating the first-timers making their five-star debut at the Land Rover Kentucky Three-Day Event! We’re excited to spotlight these exciting pairs as they head toward their first crack at this prestigious event. To read more of EN’s Kentucky coverage, click here. 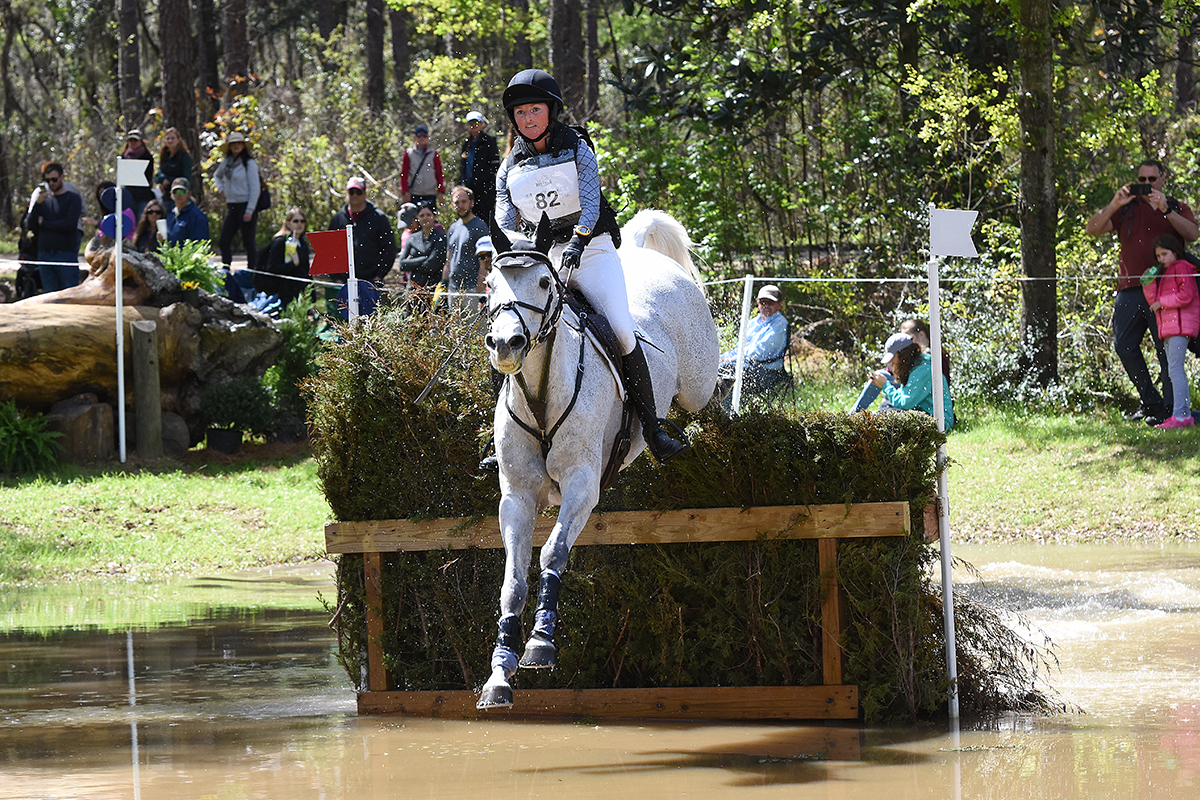 Emily Hamel’s Kentucky dream began in the spring of 1995. Emily traveled with a group of her 4-H buddies to the Kentucky Three-Day Event. She saw David O’Connor and his iconic partner Custom Made win the event, and her fate was sealed – Emily wanted to be an eventer at the highest level.

“I was in 4-H – we didn’t have Pony Club. We went to Kentucky one year, and I had never been. I didn’t know too much about eventing, but I went and I was hooked – I knew that’s what I wanted to do. I’ve been chasing after it ever since then,” she said.

Growing up in Wisconsin, Emily wasn’t exactly in an eventing mecca, but she broke onto the scene and eventually relocated to Lexington, Ky., where she established a teaching and training operation. She began chipping away at her dream with a number of horses, but it was her horse Ramsey who finally took her to the Advanced level. She campaigned him up and down the East Coast when she was offered the job of a lifetime at Phillip Dutton’s True Prospect Farm.

“I had a pretty successful business in Lexington. I started riding with Phillip one year in Aiken, and then he would come to my farm and teach clinics. My situation in Lexington changed, and Phillip offered me a job and I took it. He has a lot of wisdom to give. I’m really thankful for his guidance in my lead up to Kentucky, and for the past 5+ years that I’ve been here,” she said.

Kentucky seemed like a possibility with Ramsey, but an injury in his spring lead up dashed those dreams. Right around that time, Emily met a sporty grey named Corvett.

“I met him in the fall of 2015. He had come to Phillip’s with a young rider, and he was a super good jumper, but he was really quirky. He had done one or two Novices in England before they imported him. Phillip helped her, and then I helped her a little bit, but Phillip said, ‘This isn’t the right horse for her.’ He went to get sold as a jumper, but nobody could ride him there, so he came back to Phillip’s,” she said.

At this point, Emily started riding “Barry” and the two seemed to click.

“Because he was a bit difficult, I was able to get quite a good deal on him. I convinced my parents to buy him. I said, ‘This will be a great investment! I’ll train him up, then I can sell him,’ but then I fell in love with him.”

Of all the starters, Barry, a Holsteiner gelding (Corrido x Tina XI, by Clearway) may have the most iconic jumping style. His preferred method is leaving roughly a foot of breathing room between himself and the fence. While it may give the spectator a fleeting feeling of whiplash, it’s never fazed Emily. Instead of trying to fit Barry into a certain mold, she worked with her horse to make his jumping style successful.

“It’s just the Barry style. It’s unique for sure, but it gives me a great feeling. I feel like you could just jump anything, but it takes some getting used to,” she says. “He’s done that over every height, but he’s actually started to flatten out a little bit. I’m hoping he doesn’t create more height over five-star because they’re big enough as it is! Hopefully he’s happy enough with their size.” 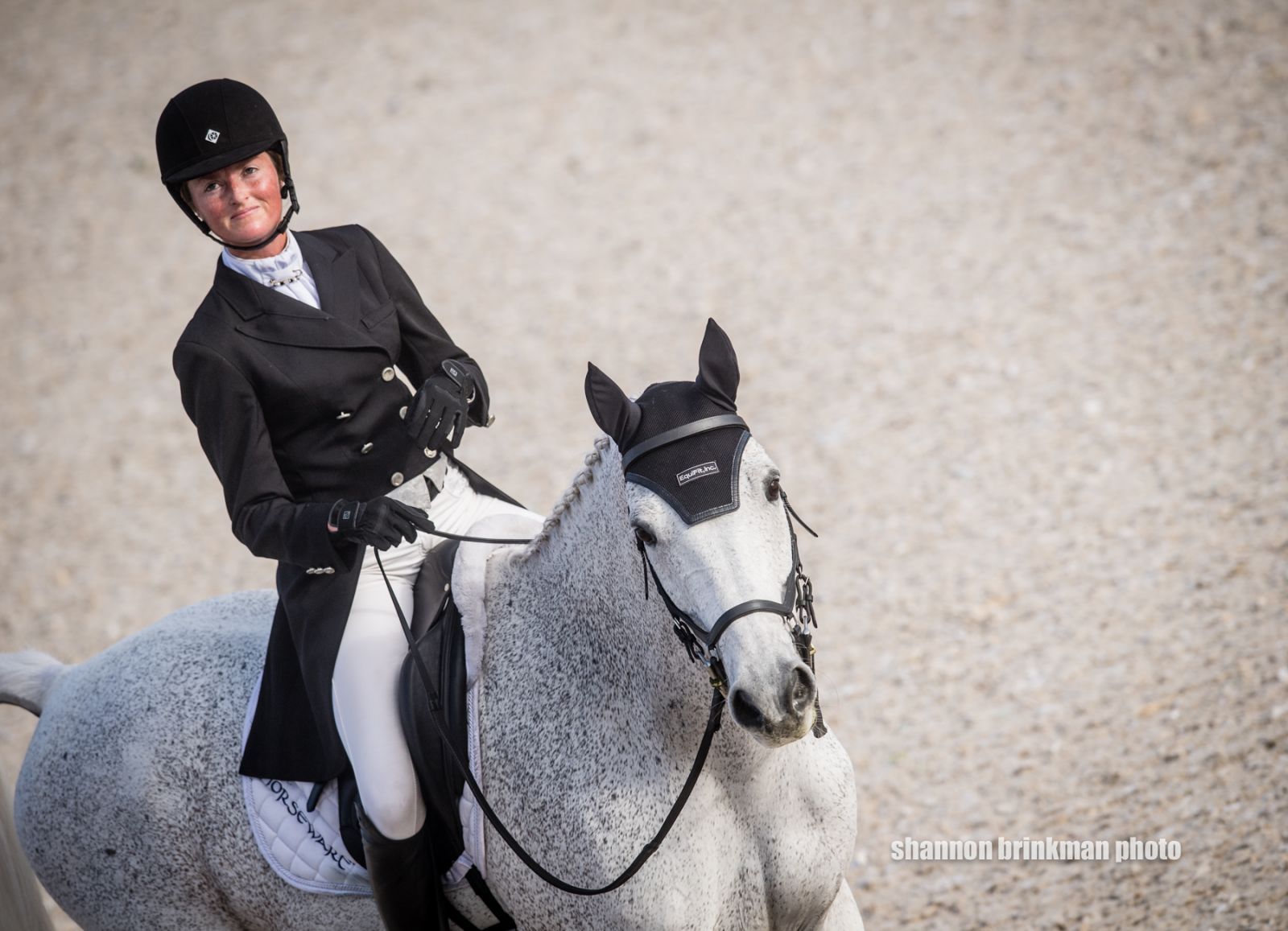 Heading toward their CCI5* debut, Emily and Barry, who is owned by the Black Flag Option, will rely on their rock-solid partnership to guide them through the experience. “We always had a connection from the very beginning. There’s no other horse I would want to be doing my first five-star on. He loves the job and as silly as it sounds, I think he wants to make me happy and do the right thing.”

She describes Barry as a “mama’s boy” and everyone at True Prospect would agree – she’s the only one who can catch him from the field. He will eventually concede to outsiders, but only if they’re armed with carrots.

By her side throughout the weekend will be longtime friend Maxine Preston. “We met when I was living in Lexington and became friends because she groomed for me at my old Advanced horse’s first two-star. We got really close through that and we’ve just stayed in touch. We kind of made a pact at that first two-star that she would come to groom for me at Kentucky when I finally got there,” Emily said.

Best of luck to Emily and Barry this week!