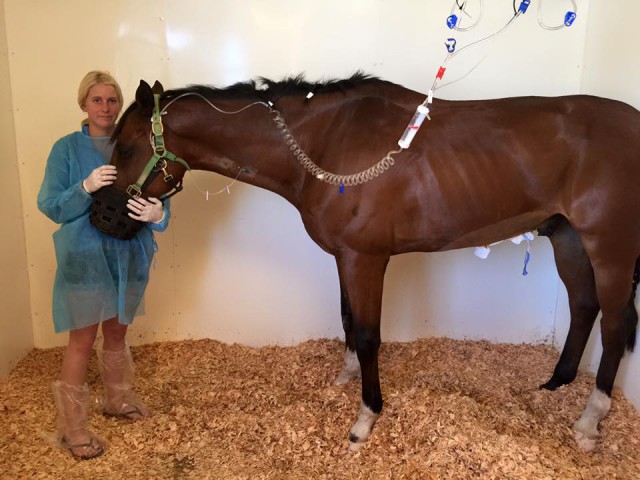 We’re sending lots of positive thoughts out to West Coast this morning as Landioso and Revitavet Capato, two upper-level horses that competed at the 2015 Rolex Kentucky Three-Day Event, are recovering after undergoing colic surgery in the last two weeks.

“I want to thank everyone at San Luis Rey Equine Hospital for taking such great care of him, as he is truly the most incredible horse a girl could have,” Mackenna said on her Facebook page. “Things went well in surgery, and we are hopeful Landi will get to come home soon.”

Mackenna and “Landi” had been gearing up for their fall campaign on the East Coast prior to the colic scare, and they were entered to compete in the star-studded CIC3* at Plantation Field next month with plans to also aim for the Dutta Corp Fair Hill International CCI3*. 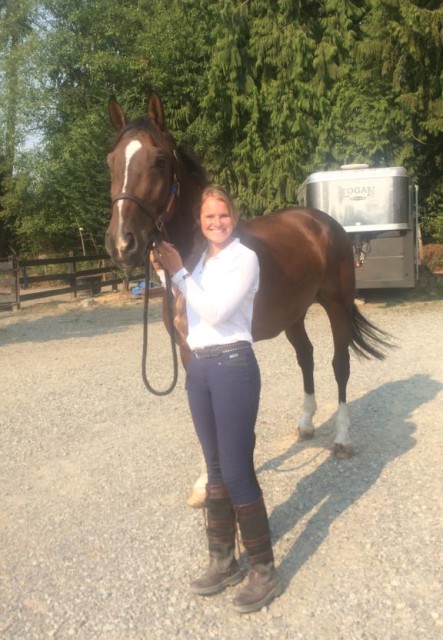 “He had a kink, gas build-up as well as food blockage in the large colon that would not have resolved with out surgery,” Jordan said on her Facebook page. “His good health, level of fitness and stoic personality has made him a great patient.”

Capato returned home to Jordan’s base in Redmond, Washington, last Wednesday and is doing great, Jordan said. “He jumped in the trailer, towed me to his stall, rolled in his fresh shavings and nickered to all his buddies,” she said. “Someone is very happy to be home, and I’m so happy to have him back.”

We wish Landi and Capato continued good news in their respective surgeries and look forward to seeing both of these lovely boys back out competing.