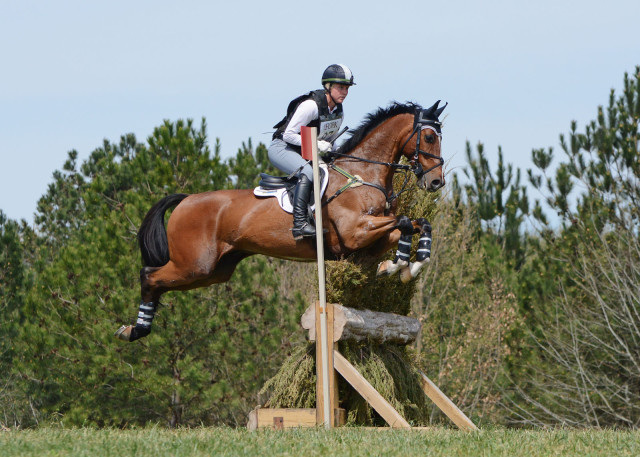 We’re sending tons of EN love to Mackenna Shea and her 13-year-old gelding Landioso who had colic surgery early yesterday morning. After showing signs of colic on Saturday, Mackenna took ‘Landi’ to San Luis Rey Equine Hospital for care. After several hours observation with no signs of improvement, Landi was taken into surgery to remove a severe impaction. The surgery was successful and we’re all hoping Landi can go home soon. Please join us in sending positive thoughts their way.

How would you like to ride with Jim Wofford? He’ll be hosting a two-day clinic during the American Trakehner Association Convention September 30-October 1. You do not have to be riding a Trakehner nor do you have to an ATA member to participate. The deadline to register for the clinic is September 1. Auditors welcome. Sign up while there is room! [Register]

Boyd Martin and Phillip Dutton are hosting an eventing symposium this Sunday, Aug. 23 at Windurra! Eventing With The Stars will cover topics ranging from how to improve your dressage scores to cross country schooling exercises you can use at home. Tickets are $60 in advance or $70 at the gate (kids 12 and under get in free). [Eventing With The Stars]

Charlotte Dujardin and Valegro are Champions again. It was an exciting week of dressage competition at the FEI European Championships last week. Between Totilas’ withdrawal, Edward Gal’s elimination and the unusual mistakes made in Charlotte and Valegro’s freestyle, dressage has been trending online recently. Britain’s sweethearts Charlotte and ‘Blueberry’ won double gold for their performances in the Grand Prix Special and Freestyle as well as team silver, but their success was hard fought. [Narrow victory for Dujardin]

Storm Cat has been cloned. The famous Thoroughbred stallion Storm Cat, who was euthanized in 2013, has been cloned by Texas financier and polo enthusiast Alan Meeker. There are many more clone embryos in storage, so more Storm kittens may be on the way. At any rate, the much loved sporting bloodlines will thrive; the plan is for the living cloned colt to be bred to clones of top polo mares when he matures. [SC clone could be the first of many]

Britains give Rio Olympics equestrian site a thumbs up. A team of British observers attended the Rio Olympic Test Event last week and their “initial impressions are good.” Plenty of work still needs to be done of course, but the framework for a successful event is there. The equine accommodations in particular received good reviews. [Rio 2016 test event given thumbs up]

Charlotte Dujardin and Valegro are once again European Dressage Freestyle Champions after clinching the title at the FEI European Championships Aachen 2015 today. It was as close as it could be after a beautiful test by Kristina Bröring-Sprehe and Desperados FRH put the pressure on the world number one who won by only 0.25% after some rare mistakes in their test. Watch it in full here…