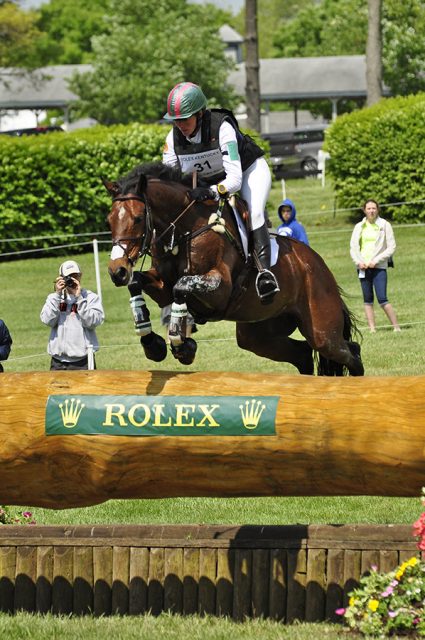 We are deeply saddened to report that Holly Hudspeth’s beloved partner Last Monarch died on Friday, April 14. Holly confirmed to EN that “Stewie” a 16-year-old Thoroughbred, contracted a lung infection and after spending a week in an equine hospital with no improvement, the decision was made to end his suffering.

Holly and Stewie partnered in 2006 and she developed him from the Novice to four-star level. They finished 17th in the 2010 Rolex Kentucky Three-Day Event and were short listed for the U.S. World Equestrian Games Team the same year. Out of 69 events on his USEA record, Stewie has over 60 clear cross country rounds and very few show jumping rails.

“Stewie had the most unique personality,” Holly said. “He was like taming a wild mustang on a daily basis. Yet his bravery on the cross country and carefulness in the show jump arena was unparalleled throughout my career. I appreciate everything Stewie gave me during our time together. He was one of a kind. RIP wild man, you will be missed.”

Holly and her husband Chuck had their first child, a daughter named Hailey, in 2011. Stewie was later sold to Mexican eventer Alfonso Gomez Benet so he could continue doing what he loved–run and jump!

Holly and Stewie had a lot of fans, including the staff here at EN. Holly was one of our first guest bloggers and chronicled her journey to Stewie’s first four-star in 2010.

We extend our sincerest condolences to Holly, Alfonso and all those who loved Stewie.