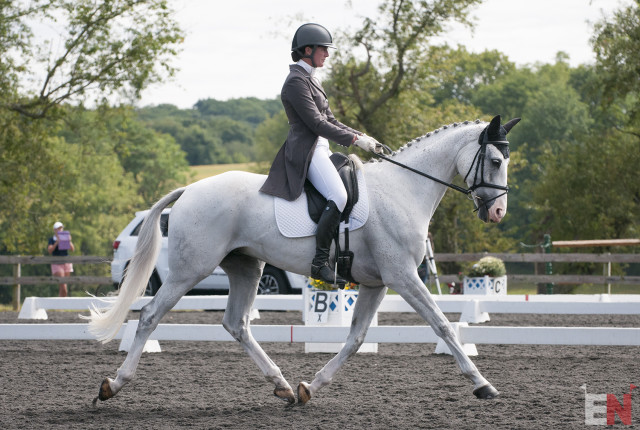 The order for the 2017 Mitsubishi Motors Badminton CCI4* has been drawn! Lauren Kieffer and Landmark’s Monte Carlo landed the #1 spot, so they’ll be trailblazing not only for the six-strong U.S. contingent but for the entire 85 horse field in Gloucestershire, England.

Coming LIVE from the Mitsubishi Motors Badminton Horse Trials office in Gloucestershire, we bring you the drawn order for this year’s competition 3-7 May 2017
#MMBHT

Waitlisted riders were included in the draw, bringing the total number of entries to 111 although only 85 will compete.The names of riders who will be competing two horses were drawn first.

View the complete official draw order here. This is where the U.S. contingent landed:

Rebecca Howard and Riddle Master were originally entered but have since withdrawn after a fall on the Advanced cross country at Burnham Market H.T. last weekend. Rebecca told Horse & Hound, “Riddle Master came into this season feeling super, but the eventing gods were not with us in the lead-up to Badminton. Skin infections and a foot bruise left us short of runs and then we had an uncharacteristic fall at Burnham Market. We are both fine, but sadly Badminton was not meant to be this year.”

Bunnie Sexton and Rise Against withdrew from the waitlist, as they’ll be heading to Rolex instead. UK-based Canadian Kathryn Robinson and Let It Bee are presently #3 on the waitlist, so there’s a good chance we’ll see them in the starting lineup.

Fourteen nations will be represented in this year’s competition. Michael Jung’s sole entry La Biosthetique Sam FBW, with whom of course he won Badminton 2016, was 38th in the draw so will likely do his dressage test on Thursday afternoon. With Jung looking to defend his title amid an entry list stacked to the roof with the world’s best horses and riders, this year’s edition should be especially intense!