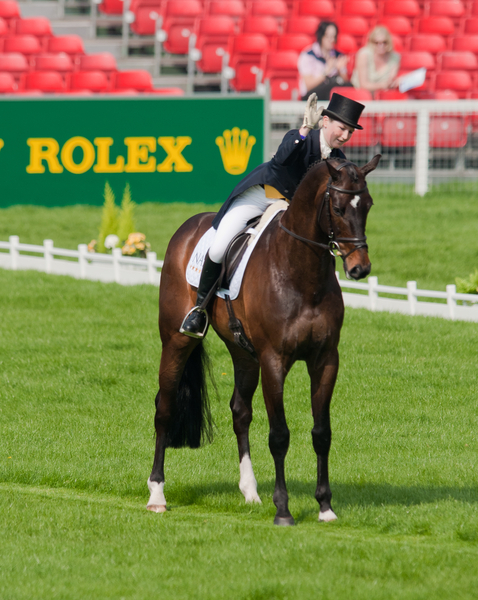 Laura Collett and Rayef at Badminton in 2011. Photo courtesy of Nico Morgan.

British eventer Laura Collett announced on her Twitter yesterday that she has decided to retire her partner, Rayef. Together, Laura and the 1999 gelding finished 8th at Badminton in 2011 and won four gold medals at the European Championships. Last year, Laura announced that Rayef’s owner, Jason Houghton, had told her that Rayef was hers to keep even in retirement.

Laura wrote on her Twitter that the horse owed her nothing and that he did not enjoy eventing anymore.

I will fondly remember Rayef for his brilliant dressage performance in his CCI4* debut at Badminton in 2011. The horse scored an impressive 36.5 in the dressage and added a few time and one show jump rail to the score in a dream-worthy debut. The 2011 Badminton was also Laura’s second CCI4*, which is equally impressive.