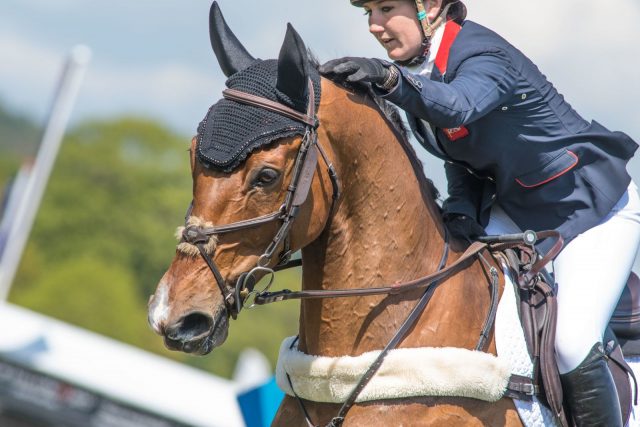 A field of 30 horses and riders becomes a tightly-knit group of 24 as Di Boddy’s enormously influential showjumping course dropped key contenders out of the hunt at the Dodson & Horrell Chatsworth International Horse Trials, the first leg of the 2019 Event Rider Masters series. With its tight distances, up-to-height treble combination, and jump-off style rollback turns, the first of the jumping phases saw just seven clear rounds.

These elusive clears proved valuable: they allowed outside chances such as Emily Philp and Fallulah, Bubby Upton and Fernhill Rockstar, and Lucy Jackson and Superstition to make bold strides into the top ten. But for those who failed to hit the mark, the losses were as significant as those gains. Sarah Cohen and Treason dropped from fifth to 20th position after lowering three rails, while two rails pushed Alex Bragg and Zagreb from ninth to 13th.

But Laura Collett’s position on the leaderboard wasn’t to budge: she and London 52, the 10-year-old former showjumper who won Blenheim in just his third season of eventing, delivered the seventh and final clear round over the poles to hold their lead going into cross-country.

How did it play out?

Chatsworth’s CCI4*-S track is always a test of speed and stamina. With its long pulls over hill and dale and its relentless series of technical questions, it’s no surprise that the course sees so few double-clears. Only six people have made the time here over the last decade, while the average time faults collected sits between 11.7 and a whopping 22.

No one would make the time in today’s test, although those who came closest were amply rewarded. Tom McEwen and Figaro van het Broekxhof, fresh off the back of their decisive win in Belton’s Grantham Cup CCI4*-S, came home with just 4.4 time penalties, rocketing them from eighth place to a final second. They shared the honour of being the fastest round of the day with Emily Philp and her talented up-and-comer Fallulah, who climbed thirteen places to finish fifth.

A clear round over the poles and a typically quick cross-country round, adding just 6.8 time penalties, allowed Ireland’s Cathal Daniels and his fiery World Games mount Rioghan Rua to bounce back after a disappointing first-phase performance yesterday. They recorded the biggest climb of the competition, moving from 28th to sixth.

Time was far from the only influential factor on course. A smattering of problems led to stratospheric shifts across the leaderboard, as Pippa Funnell, Bubby Upton, and Yasmin Ingham each took tumbles on course. Fan favourites Alex Bragg and Zagreb ended their day late on course at the Event Rider Masters’ Stags’ Heads at 14ABC, while Germany’s Christoph Wahler took a dramatic tumble in the Dodson & Horrell 80th Anniversary Splash with Carjatan S.

Australia’s Bill Levett is no stranger to ERM legs, and today was certainly looking like his day – he and Shannondale Titan slipped from third to sixth after showjumping, but a strong start to his cross-country round saw him set to climb. 15 penalties for missing a flag and 13.6 time penalties saw him tumble down to a final 16th place, though, just two spots ahead of Ireland’s Sam Watson, who started cross-country in second place. An otherwise foot-perfect round was scuppered by a late run-out and a subsequent 17.6 time penalties, and he and the striking dun Tullabeg Flamenco finished 18th.

None of the problems across the board affected leader Laura Collett. She and London 52 left the start box on a mission, and with an incredible 29 seconds in hand, it was their game to play. They wouldn’t, ultimately, need the entirety of the comfortable buffer they’d given themselves; instead, they sailed through the finish line having added just 7.6 time penalties.

“That horse is unbelievable,” says a delighted Laura, who takes her first ERM win  – and £16,000 – here. “He’s finished second so many times, and he only started at CCI4*-S last year. I just can’t believe it! I’m the luckiest girl in the world to sit on London 52. Three years ago, he’d never seen a cross-country fence – he’s come a hell of a long way, so roll on the future!”

Tom McEwen‘s Grantham Cup winner Figaro van het Broekxhof is steadily establishing himself as a superstar in Tom’s enviable string, and today he showed why with his joint-fastest cross-country round. Such was the influence of his speed that he finished second, climbing from seventh place despite an unfortunate pole. 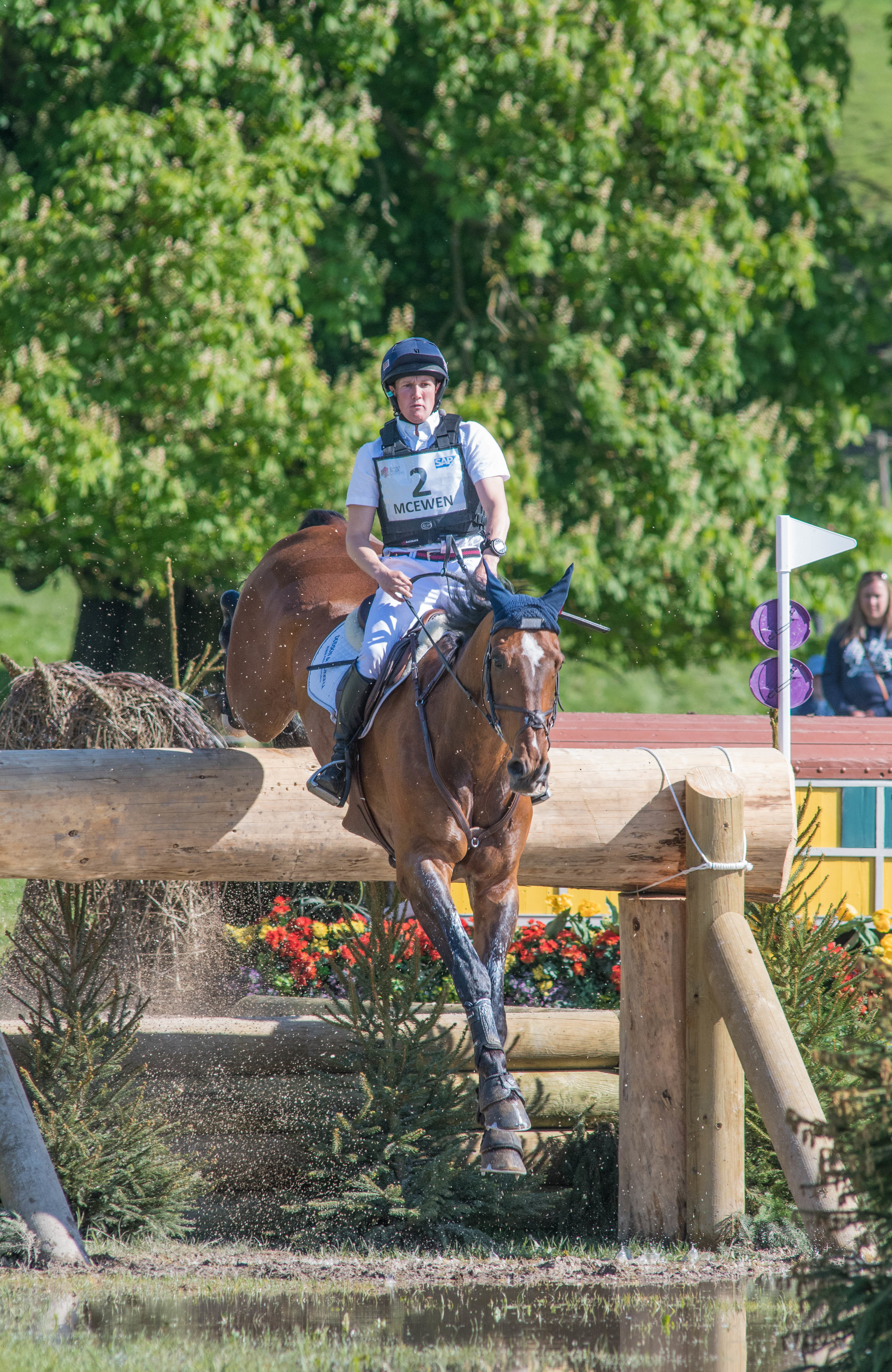 “It’s brilliant!” says Tom, standing atop his first ERM podium since the series’ launch in 2016. “I’m lost for words. I’m delighted for the horse, and delighted for the owners. It’s just been a great weekend – and lovely to finish off in the sunshine! It’s a real busy track, and there’s a lot coming up very quickly on the hills, so you’ve got a lot to take into consideration out there. It’s about riding with your brain, rather than too much bravery.”

The woman responsible for keeping London 52 fit while Laura contested last week’s Badminton Horse Trials also got to enjoy her own moment of glory. 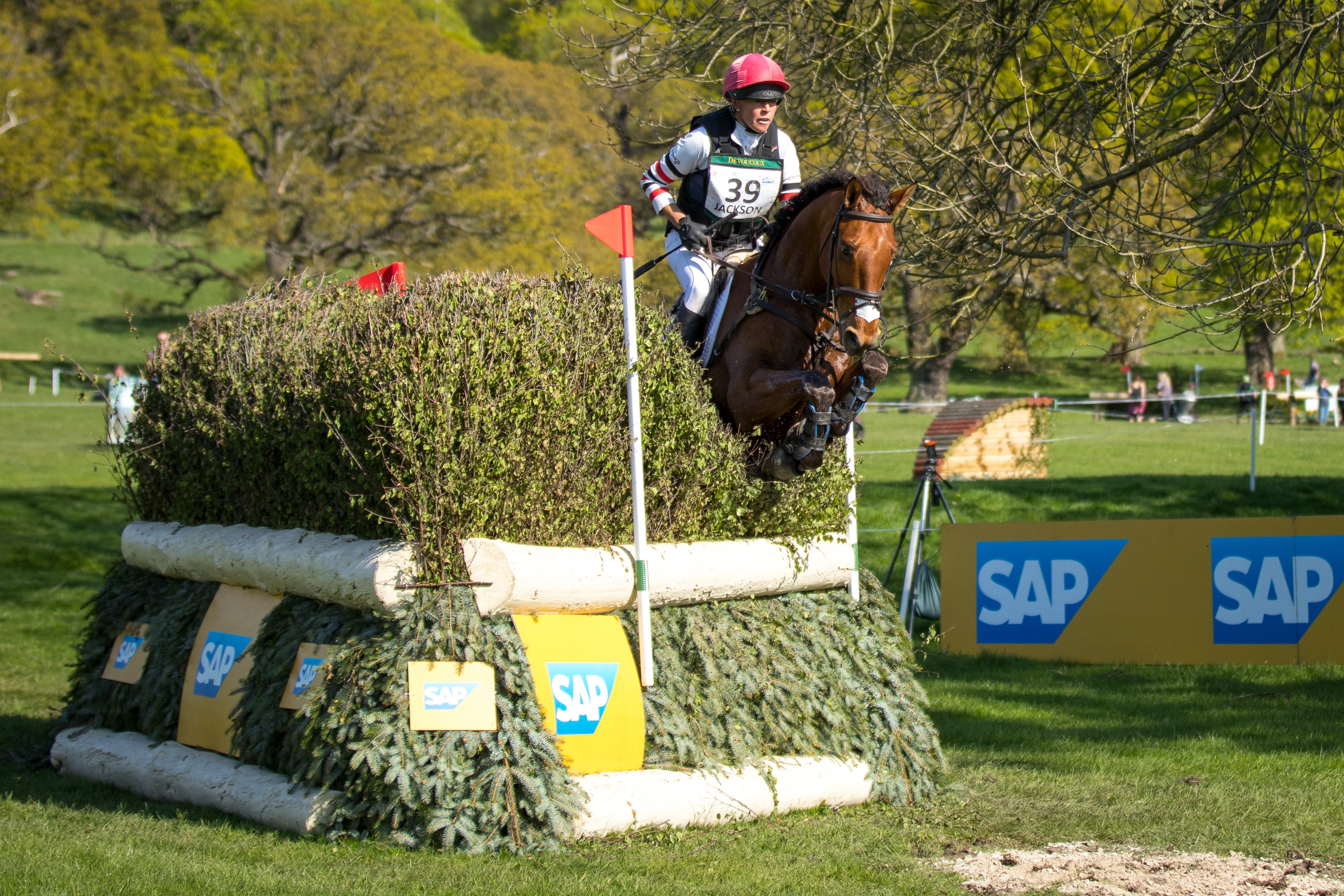 “This is my first podium ever in an international,” laughs New Zealand’s Lucy Jackson, who produced one of the all-important clear showjumping rounds and added just 8.4 time penalties across the country to finish third with Superstition.

“I’m super, super, super chuffed with him. Unfortunately, I probably had too much control; if I’d gone that little bit quicker we could have been higher! But he’s green, he’s extravagant, and he’s pretty arrogant at times, so there were times when I needed to give him a second longer to assess the fences. It was busy out there.”

Germany’s Julia Krajewski, a real threat for the series podium this season, finished just out of the top three after adding 9.6 time penalties and a single rail with the inexperienced mare Amande de b’Neville.

Each of the top fifteen riders in today’s competition adds crucial series points to the leaderboard, giving them the chance to fight for end-of-season honours and a £30,000 prize.

The second leg of the 2019 Event Rider Masters series sees us head to Wiesbaden in Germany on the 7th and 8th of June. Set in the grounds of the magnificent Biebrich Palace, it’s sure to draw a truly world-class field. Near, far, wherever we are, we’ll be bringing you all the action as it happens on EventRiderMasters.tv. Don’t miss it.